Scotland’s COVID inquiry must be credible, timely and thorough – here’s what needs to happen 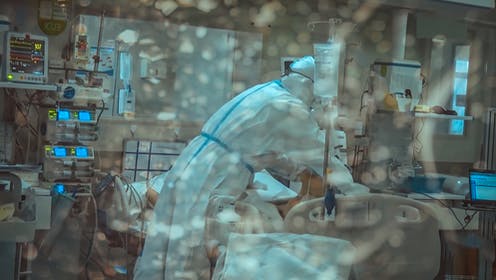 Scotland will be the first UK nation to launch an independent COVID inquiry to be chaired by a judge, as announced by the first minister, Nicola Sturgeon, in late August. It will begin later this year against a backdrop of substantial health, social and economic harms caused by the pandemic, and as recent events have revealed, a worrying rise in COVID cases.

Up to August 27, Scotland officially recorded more than 400,000 positive COVID tests, almost 30,000 hospital admissions and more than 8,000 COVID deaths. There are also 80,000 people now estimated to be living with long COVID. The inquiry will need to take some fundamental actions and address a range of critical issues and criticisms if it is to succeed.

Four steps for a successful inquiry

Chiefly, the inquiry must meet high public expectations, demonstrate independence, rigour and depth, and provide answers to many technical and policy questions. These are formidable demands made more difficult because of past UK inquiry failures.

Several recent Scottish government investigations and inquiries have been seriously flawed. This is partly because of a lack of public confidence in the role of senior law officers who acted as government ministers and chief legal advisers, and partly because of government reluctance to provide necessary information, as happened in the Alex Salmond case. The Scottish government failed to meet a deadline to disclose the legal advice it was given during the Salmond judicial review to a committee investigating the government’s handling of sexual harassment claims against the former SNP leader.

But if a judge from outside Scotland is appointed chair, perceived conflicts of interest would be removed and there would be no major, or indeed any, role for the Lord Advocate – Scotland’s most senior law officer – in the inquiry’s work.

The Scottish government has called for “stakeholders” to comment on its inquiry aims and principles to shape the important terms of reference it will set, but doesn’t specify who these stakeholders are. So patient and support groups, professional bodies, scientific and policy researchers, trade unions and others will all be responding to the call. Already there are fears about the limits, delays and additional caveats the Scottish government might produce at the end of this process. Here are four main areas the inquiry must deliver on:

1. No delays: First of all, to allay and remove fears about stalling, the inquiry should not be delayed or restricted by waiting for the UK government to act or provide information. The Holyrood government has indicated a desire to avoid duplication in any later UK-wide inquiries. As Scotland has taken the lead, it will be for other countries to avoid duplication.

From the outset, the chair should be able to compare Scotland’s rate of COVID morbidity (those who have the condition) and mortality, policies and practices against the best international examples and alternative strategies such as Zero COVID Scotland, which created a detailed plan to suppress COVID at an early date.

2. Devolved matters only: The Scottish government has indicated the inquiry will only look at devolved matters, meaning those areas that fall under the Scottish goverment’s responsibility as opposed to Westminster’s. This does not and should not prevent detailed examination of COVID outbreaks.

The relationship between, and decisions made by the Scottish government, civil servants, advisers, public health organisations, care inspectorates and local authorities should all be examined.

The way COVID incident management teams worked should be scrutinised. The influence of meetings with all the UK’s chief scientific, medical and nursing officers, Scientific Advisory Group for Emergencies (SAGE) and experts on Scottish government pandemic planning and decision-making can all be captured.

An examination of why the Scottish government relied on the Joint Committee on Vaccination and Immunisation (JCVI) advice (on not vaccinating 12 to 15-year-olds or various groups of workers) when it did not need to, should also be included.

3. What has worked and what hasn’t: The inquiry’s aims and principles document currently refers to harms and events, but not explicitly to policies and practices that may have worked well or badly. This should change. Areas including lockdowns, ventilation, physical distancing, quarantine, travel, PPE, masks and long COVID all need to be analysed.

The treatment of key workers also requires major investigation. They must be central to any effective inquiry of events in addition to what happened in and around care homes, for example. Proper scrutiny of middle, long and short-term impacts of COVID policy would then be possible, providing access is given to the evidence base used by the Scottish government to develop and justify all its COVID policies and actions since March 2020.

This will also require analysis of the COVID exclusion, elimination, suppression, and mitigation strategies that underpinned what happened in hospitals, care homes, schools and workplaces. The inquiry would then be able to fully explore the Scottish government’s shifting suppression policies over time.

4. Public response: The public has already begun to respond to the Scottish government with thoughts on how the inquiry can avoid many of the pitfalls that befell other high-profile Scottish inquiries in 2021. Avoiding delays due to civil actions, police and other ongoing investigations of COVID-19 in care homes will be important. So too will be measures to ensure witnesses – including ministers, civil servants and advisers – provide evidence without repeated stalling or refusals to co-operate.

Interim reports provided at intervals as investigations are completed will be welcome – for example on the NHS or care homes – but only if they are not subject to editing by government law officers beforehand.

If the Scottish government takes on board these views and avoids the tarnished legacy of past inquiries, it will escape the public discontent and lack of credibility that has blighted previous investigations. An open, transparent, thorough and timely inquiry that is perceived to be independent will be widely welcomed across Scotland – and lead the way for other UK inquiries in the future.

Andrew Watterson does not work for, consult, own shares in or receive funding from any company or organization that would benefit from this article, and has disclosed no relevant affiliations beyond their academic appointment.