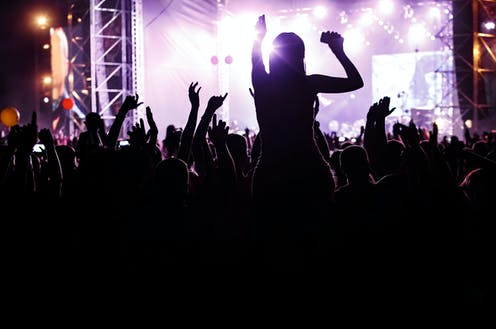 The benefits of a certification scheme, in terms of a public health intervention, in terms of incentivising vaccination, those benefits outweigh the concerns that still remain.

Those were the words of the health minister as he announced a major policy shift by the Scottish government in its battle against COVID-19, requiring people to show proof of being double-vaccinated to enter nightclubs and many events. Just a few weeks earlier on the subject of the prospect of vaccine passports being introduced in England, his cabinet colleague John Swinney said: “I think it’s the wrong way to handle it.”

Although Yousaf rebranded it as a “certification scheme” – it is clear that so-called vaccination passports to enter certain events are now likely to become part of Scots law. In France a similar scheme was introduced for all hospitality events in July. Italy’s prime minister Mario Draghi has just announced his backing for making vaccines mandatory, while such a scheme for health workers has caused mass protests in Greece.

The idea of presenting your vaccination history to private businesses was previously rejected for furthering social division and being too logistically difficult to introduce in Scotland. However, at one level it is easy to see why a sharp U-turn was needed.

Infection rates of COVID in Scotland have rocketed. Cases have gone up 80% in a week, with thousands having to isolate as a result – including the first minister Nicola Sturgeon.

This sharp rise prompted Sturgeon to warn of the consequences for the NHS: “The situation we face just now is serious. We must stem the rise in cases.”

So is it a case of semi-desperate times calling for semi-desperate measures? The proposed scheme – which will be voted on in Holyrood in the coming days – states that a phone app displaying your record of double vaccination will be required to enter certain places. These include nightclubs, indoor unseated events of 500 or more, and outdoor unseated events of 4,000 and above, or any event (standing or seated) outside with capacity of more than 10,000.

Until now, England has operated a sort of halfway house. Although the vaccine passport is required for any travel abroad, the broader domestic picture is mixed. Major sporting events like Wimbledon and Premier League football have accepted either proof of vaccination or a recent lateral flow test for entry.

It has been even more ambiguous for gigs and music festivals, with a mixed approach adopted by different event organisers. By the end of the month in Scotland, though, assuming the plan is endorsed by the Holyrood, the only way to get into any of these sort of events will be via certification.

Like the SNP, the Scottish Greens have criticised the idea of passports. Their co-leader Patrick Harvie wrote recently that he was sceptical of the efficacy of the scheme when promoted by Boris Johnson. However, with the power-sharing agreement announced by both parties, there is a likely calculation that the Greens will back it despite it not being part of the formal pact. Scottish Labour and Liberal Democrats have stated they are against the scheme “in principle”.

The likely effect of the law seems to be confused. The government hopes it will cause more young people to take the vaccine where take-up rates are lower, creating an “incentive”. No jab? No dancing, no football, no concerts.

Although lessening the severity of the virus, the vaccine has not reduced transmission. In isolation, this new measure will not reduce case numbers. An unforeseen consequence of the passport requirement may be that some people might think that is all they need to do to protect themselves from COVID.

Legally, both the Scottish and UK governments have stated they are opposed to mandatory vaccination; despite the public health risks, the COVID vaccine has remained voluntary. The model of vaccine certification proposed to Holyrood essentially presents the requirement to be vaccinated as a consumer choice.

The contract you will form with your local nightclub or football club when you buy a ticket will now include the condition that you have to be double vaccinated. By putting the onus on the individual citizen to decide whether they want to be double vaccinated so they can take part in these events, the Scottish government believes it has acted in a proportionate way.

Even in the face of rising case numbers, the return of another lockdown could be seen as disproportionate when a large percentage of the population has been vaccinated. That was one of the reasons given by the first minister for lifting all restrictions on August 9.

Yet it may not be as straightforward as that. Other legal issues will inevitably arise. For example, what will be done with the sensitive data on people’s health records gathered by private companies running these events? Will putting these obstacles in the way of entertainment events discriminate against particular groups in society, like people with disabilities?

People who are sceptical of authority – a view which is relatively common among young people – may just turn their back on the whole thing and not go to events. That may help reduce the transmission of the virus, but it would badly affect the already struggling entertainment industry.

From September 3, Scots can download a QR code that shows their vaccination status. Many issues will need to be balanced, but it seems the COVID situation in Scotland is serious enough for vaccine passports to become a reality. The government believes this is a viable alternative to re-introducing lockdown with the backlash that may provoke from businesses and the general public.

Nick McKerrell does not work for, consult, own shares in or receive funding from any company or organisation that would benefit from this article, and has disclosed no relevant affiliations beyond their academic appointment.

2021-09-03
Previous Post: Merchant Navy Day Plymouth
Next Post: Japan: why PM Suga unexpectedly stepped down – and what happens next