The new E10 petrol: will it bring benefits? 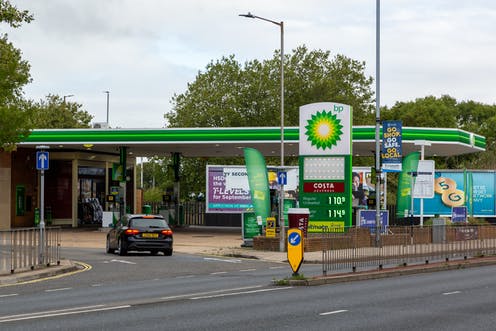 The introduction of a new type of petrol, E10, in the UK may create some extra costs for owners of older cars, but the aim is to reduce carbon dioxide emissions.

E10 is an automotive fuel made up of 90% regular unleaded petrol and 10% ethanol, hence the E10 name. Ethanol is an alcohol (also called ethyl alcohol or grain alcohol) that is produced both as a petrochemical or via biological processes, from plants, including sugar beet and wheat. It is possible to run cars on pure ethanol, as has been done in Brazil for decades, but in the UK it is blended with fuel derived from oil. Current petrol grades in the UK (E5) contain up to 5% ethanol, with the other 95% being regular unleaded petrol.

The UK government argues that the use of E10 petrol is an environmental move to reduce CO₂ emissions. The government states that by doubling the proportion of the renewable component (the ethanol) in the fuel a 750,000 tonne reduction in CO₂ could achieved, which may be the equivalent of taking 350,000 cars off the road.

Fuel made from plants

The goal is to use exclusively plant-based ethanol to make E10. One benefit is as the plants that will become the fuel grow, they absorb more carbon dioxide than what will be released into the air during fuel production and combustion, lowering emissions. But by how much that happens is still an active topic of debate. The concept is good, but the source of ethanol makes a critical difference.

Previously, studies suggested that ethanol made from corn reduces greenhouse gas emissions by 20% compared to gasoline. The calculations of CO₂ suggest that corn ethanol is carbon negative – but if you look at the whole picture it is actually carbon positive when you consider the changes in land from its production and the loss of other carbon capture by whatever you replace the corn with. There is also a fear that crops would be used to make fuel for the rich, while the poor starved, a July 2008 report found that between 2002 and 2008 biofuels accounted for 70% price increases in foods such corn and sugar beet globally.

If global CO₂ emissions are to be reduced by use of E10, then ethanol must not compete with food production. For instance, making ethanol from waste products, including those produced from a combination of wine unsuitable for human consumption, and whey, a by-product of cheese manufacturing, will not cause food prices to rise.

Ethanol is easy to blend with other fuels to prevent engine knocking and enhance a car’s performance. It’s not all good news though. As a fuel, E10 is slightly less energy dense, meaning it could reduce the miles per gallon your car achieves by up to 1%. What’s not widely known is that since 2016 new cars have been certified for emissions and performance using E10 fuel, so when you bought a car and were told how many miles to the gallon it would do, that number was already based on using this new fuel.

All cars registered since 2011 are required to be E10 compatible, so where the potential issues arise is for owners of older and classic cars. Although, the government has provided an online E10 checker as an easy means of finding out if your car copes well with E10. The RAC estimates that as many as 600,000 vehicles currently on UK roads aren’t compatible with E10. Drivers of cars registered prior to 2002 are advised not to use E10 in their vehicles, as problems have been reported.

If you put E10 fuel in an incompatible car it will still run, but seals, plastics and metals may be damaged over longer periods as a result of ethanol’s corrosive properties. Ethanol is also a hygroscopic – which means it absorbs water from the atmosphere, leading to condensation in fuel tanks if the car remains unused for long periods of time.

In addition to running issues caused by the mixture of E10, information issued by the Federation of British Historic Vehicle Clubs confirms that the increased acidity, conductivity and chloride content of ethanol in E10 can cause corrosion and tarnishing of metal components (such as carburetors, fuel pumps, and older fuel tanks). While corrosion inhibitor additives can control this, the same cannot yet be said for its compatibility with seals, flexible pipes and other unsuitable gasket materials.

So what options do owners of traditional classic cars have? Well the good news is that the technology exists to upgrade the fuel systems to cope with the new fuel. At one extreme, Prince Charles had his beloved Aston Martin DB6 updated to run on bio-E85, a blend of 85% ethanol fuel and 15% gasoline, but at a minimum it is good practice for classic owners to renew ancient fuel lines as a precaution in any case. A modern fuel hose sold by a reputable supplier is advised for use with E10.

Current regulations require larger forecourts selling two grades of petrol to continue selling E5 fuel. This will be offered only in the more expensive super unleaded grade however, which brings its own problems: in rural areas it may be hard to find a retailer large enough to stock it. Super unleaded is also a more expensive fuel, with the price gap potentially set to widen further in time.

If consumers are to be comfortable with E10 then they will need to be reassured that it will work in their cars, but some people may also be concerned about source of the ethanol. The former is information widely available, but the latter is something the suppliers are going to have to come to terms with in the same way that the grocery store chains now tell us the region of food production.

2021-09-03
Previous Post: How to watch US Open 2021 for FREE: Live stream, TV channel and start times
Next Post: Elymas will be much sharper this time!