After Len McCluskey: where next for Labour-backing union Unite under new leader Sharon Graham? 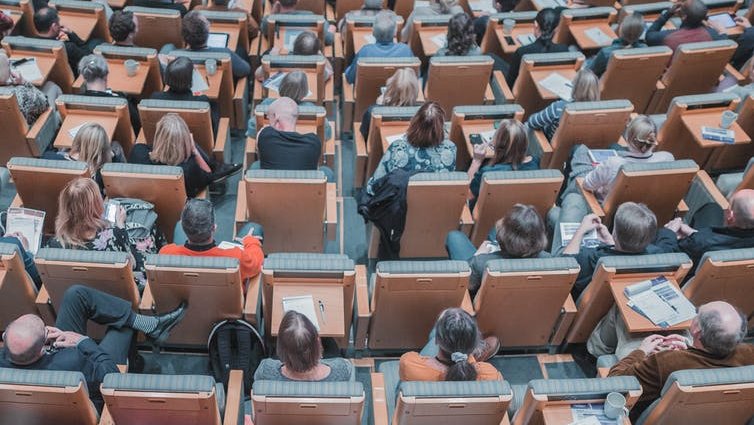 The victory of Sharon Graham in the Unite leadership election has a significance far beyond the trade union itself. Under the reign of her predecessor, Len McCluskey, Unite’s relationship with the Labour party oscillated between a close embrace and all-out war.

McCluskey served as a key ally to Jeremy Corbyn’s leadership, throwing the weight – and finances – of his trade union behind the Labour leader. Yet, McCluskey, like many Unite leaders before him, also served as a vocal opponent of Labour strategy – in his case during the tenures of Ed Miliband and Keir Starmer.

Graham, however, appears to want to take a very different approach. Most notably, she has stated that “the most important priority for me is members’ jobs, pay and conditions not the inner wranglings of The Labour Party”.

Unite has a long and complicated history with the Labour party. The union’s antecedent, the Transport and General Workers’ Union (TGWU) formed part of a supportive praetorian guard for the Labour leadership between 1922 and 1956. Yet, the election of general secretaries Frank Cousins in 1956 and Jack Jones in 1969 firmly positioned the TGWU on the left of Labour, leading to heated battles with the party leadership. In the late 1960s, Jones formed an alliance with Hugh Scanlon, of the Amalgamated Engineering Union (another antecedent of Unite). They were dubbed the “Terrible Twins” because of their opposition to the Labour leadership.

The TGWU elected further left-wing leaders in Moss Evans (1978), Ron Todd (1985), Bill Morris (1992) and Tony Woodley (2003). In particular, Woodley was a member of an “awkward squad” which regularly opposed Tony Blair, alongside the leader of Amicus, Derek Simpson. In 2007, Woodley and Simpson became joint general secretaries of Unite following a merger between the TGWU and Amicus.

Len McCluskey succeed Woodley and Simpson as the leader of Unite in 2011. McCluskey was described as the centre-left candidate. However, it was predicated that his election “may well prove more important [for the future direction of the labour movement] than the general election.” Indeed, from 2011 McCluskey played a central role in Labour party politics.

In 2013, McCluskey was embroiled in the Falkirk selection scandal. It was alleged that Unite had paid for individuals to sign up as Labour party members to endorse their preferred candidate, Karie Murphy, at a by-election. When Miliband reacted to the scandal by reforming party voting rules, McCluskey announced that Unite would cut its affiliation fees to Labour by £1.5m.

Unhappy at the party’s direction in 2014, McCluskey threatened to completely withdraw Unite’s funding. He also hinted at forming a rival party. Yet, between 2010 and 2015 Unite remained Labour’s largest backer with £18m of donations.

Unite’s position changed substantially following Corbyn’s election as Labour leader in 2015. From this period until 2020, McCluskey served as the new leader’s most powerful ally. Under McCluskey’s stewardship, Unite bankrolled Corbyn’s leadership campaigns in 2015 and 2016 to the tune of £225,000. Unite also donated £5m towards the party’s 2017 general election fund, with McCluskey expressing enthusiastic support for Labour’s change in policy direction.

McCluskey also threw his weight behind Corbyn at crucial points. He called for “no more sniping, plotting and corridor coups” when Corbyn won the party’s internal leadership contest in 2016. He also threatened Labour MPs who opposed Corbyn with deselection.

Yet, towards the end of his tenure the gloss had begun to come off McCluskey’s leadership. Labour’s humbling defeat at the 2019 election threw into question his decision to continue supporting Corbyn. After the contest he argued that, alongside Labour’s Brexit position, Corbyn made mistakes with “an incontinent rush of policies”, the handling of Labour’s anti-Semitism crisis and an overly London-centred approach.

His efforts to secure a left-wing successor were also unsuccessful. His favoured candidate, Rebecca Long-Bailey, was roundly defeated by Starmer. Frustrated at Labour’s change of direction, McCluskey has spearheaded his union’s opposition to Starmer’s leadership, calling for a reset and cutting Unite’s donations to the party by £1m.

In his last year of office, McCluskey has also been embarrassed by overspending on Unite’s hotel and conference centre. And his final act as leader, to endorse Steve Turner as his successor, proved unpopular among Unite members.

Who is Sharon Graham?

Graham’s surprising victory in the leadership election looks likely to take Unite in a different direction. Although she was an undoubtedly left-wing candidate and received the backing of the Socialist Workers Party, her leadership may hark back more to the days of Ron Todd, than Len McCluskey in that she will be critical but not intimately involved with the Labour leadership.

She succeeded by fighting a campaign based on a call to “take our union back to the workplace” and made it clear that industrial relations, not politics, are her primary concern. In contrast, her opponents, Gerard Coyne and Turner appeared far more concerned with Labour’s internal politics.

Prior to her election, Graham led Unite’s Organising and Leverage department which has been described as the industrial action wing of Unite. She pioneered “leverage” campaigns within the union, using a mixture of strike action and alternative methods, such as demonstrations and social media. She claimed a 100% record in her campaigns against British Airways, Crossrail, Flybe, Honda and 2 Sisters Food Group, among others. In contrast, Starmer has recently drawn the ire of the unions for his opposition to prospective strikes by teaching unions and his support for critical worker quarantine exemptions.

Graham’s leadership of Unite could provide some relief for Starmer if she does indeed stay out of party politics. However, she may pose a different type of challenge if her leadership moves Unite in a more militant direction on industrial relations.

Christopher Massey is a Senior Lecturer in History and Politics at Teesside University and a Labour Party Councillor for Redcar and Cleveland Borough Council.