Afghanistan: what responsibility do other nations have towards people fleeing the Taliban? 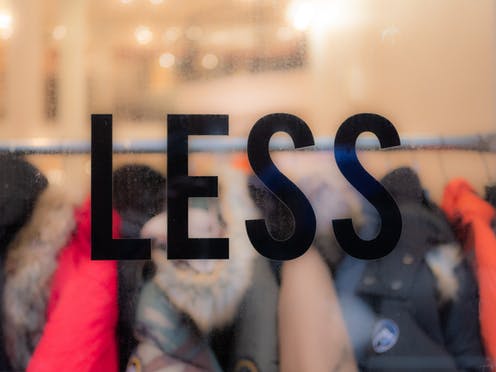 With the Taliban back in Kabul, thousands of Afghan nationals who serviced the ousted government, the US and its allies are desperately attempting to seek asylum. Many attempted to board US jets at an airport in Kabul, some even clinging to the outside of aircraft as they took off. Videos show gruesome scenes of people falling from the sky after trying to escape.

The US has pledged to accept up to 22,000 Afghan servicemen and their families. Among the allied countries, Canada will accept 20,000 people and the UK “up to” 20,000 in the next few years, beginning with 5,000 in the immediate term.

German Chancellor Angela Merkel is pushing for commitments on helping people who serviced the Afghan government, but nothing has been confirmed yet. France and some other EU member states have pledged to resettle Afghan refugees in relatively small numbers.

The US has also been asking other nations, such as Qatar and Ghana to accept people on its behalf. This “external management” approach has been adopted by European member states in recent years as a way to delay or block asylum-seeking at their own borders.

It’s important to note that the current evacuation is largely focusing on specific groups of people rather than anyone fearing persecution more generally. Beyond those who have worked for the former government and allies, there are many more people who have a legitimate case for asylum.

Because the Taliban took control of Kabul much faster than the US and allied forces had anticipated, evacuating their troops, diplomats and nationals has become the top priority. Many Afghan servicemen who assisted the allied forces in Afghanistan as interpreters, suppliers, contractors and their families have been left stranded.

By focusing support largely on people who have travel documents and documentary proof of providing services to allied forces, these missions will necessarily leave many people behind. That includes a huge number of ordinary people who have a legitimate fear of oppression under the Taliban – particularly women.

Despite high levels of public concern about the fate of people left in Afghanistan, the wider asylum schemes being proposed by western nations come with significant caveats. The terms of the UK and European resettlement policies are vague, but the resettlement policies generally cover asylum seekers who have been granted refugee status by the United Nations High commissioner for Refugees (UNHCR) or any state. It may be that Afghan asylum seekers have to seek refugee status in neighbouring states first to be eligible for resettlement schemes. There are already millions of Afghan refugees in Pakistan and Iran.

And while the UNHCR prioritises vulnerable groups such as unaccompanied children and single mothers, it generally operates on a first-come, first-resettled basis. So any Afghan asylum seekers still in the country, including those desperately waiting outside the Kabul airport, may not be eligible for these resettlement schemes any time soon.

The Taliban has announced an amnesty for all its adversaries, including those who served the ousted government and allied forces. But the situation outside the Kabul airport remains chaotic and dangerous.

One of the main grounds for seeking refuge in the US and allied states is knowing that there is a foreseeable threat of inhuman and degrading treatment. In such circumstances, Article 33 of the Refugee Convention (1951) and Article 3 of the Convention against Torture (1984) prohibits states from returning asylum seekers to a territory. The European Court of Human Rights and the Inter American Court of Human Rights have, in multiple cases, ruled that nations who sent people back to unsafe places to face such treatment were responsible for their suffering.

In the case of Afghan asylum seekers, the immediate threat to their lives might have been averted after the Taliban’s announcement of amnesty. Nevertheless, there remains a significant threat that basic human rights will be violated under the new regime. A particular point of concern is how the legal system will operate under the Taliban.

During the last Taliban rule, men and women were often tried in front of unofficial, ad-hoc courts and punished without the right to appeal. The Taliban police could whip women in public if they were not wearing a burka or if their knees were visible. Men could face punishment for not having a beard.

It is because of this history that people have a legitimate fear of inhuman and degrading treatment now that the Taliban have returned. Afghan nationals are clearly therefore eligible to seek refuge in the US, the UK and EU member states, if they arrive at the borders of these states.

However if these people remain inside Afghanistan – rather than making it across any borders – it is for the US and allied states to decide whether to evacuate them on humanitarian grounds. If not, they will have to find their way across a border.

Nonetheless, the US and allied states are showing reluctance when it comes to evacuating ordinary Afghan asylum seekers despite the existence of a foreseeable threat of inhuman and degrading treatment. The situation warrants a larger-scale evacuation on humanitarian grounds. Until the Taliban regime shows satisfactory policies on basic human rights, protecting Afghan asylum seekers will remain a responsibility of the international community, particularly the US and its allies.

Tasawar Ashraf does not work for, consult, own shares in or receive funding from any company or organisation that would benefit from this article, and has disclosed no relevant affiliations beyond their academic appointment.

2021-08-25
Previous Post: Countries that are more compassionate towards refugees have lower levels of violence – new research
Next Post: The roar of the crowd – how fans create electric atmospheres