‘General’ to rule for ‘King Richard!’ 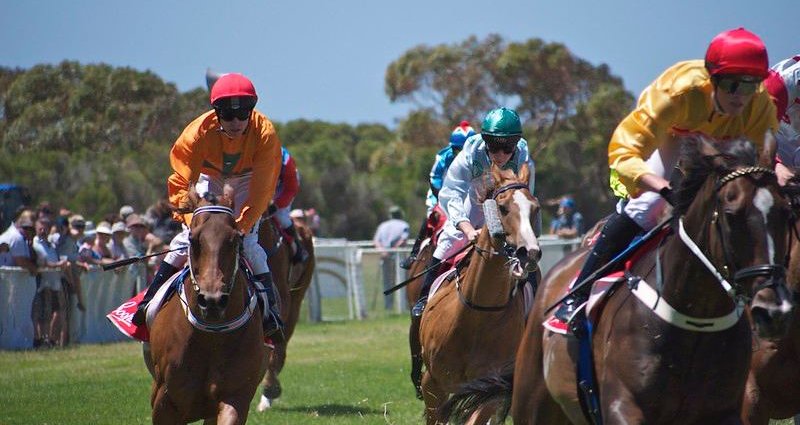 General Sago is fancied to overcome inexperience in an intriguing eight-runner Novice Stakes over five furlongs of Wolverhampton tapeta tonight; the time-handicap mark, achieved by David O’Meara’s charge on debut at Pontefract eighteen days ago, is good enough to see this Fascinating Rock gelding in the Dunstall Park winners’ enclosure.

Realistically General Sago was given an impossible first-up task but was far from disgraced; third, beaten less than three lengths by 4/9 Karl Burke-trained Spycatcher, represented an encouraging effort and fitness-wise there will surely be improvement. Dropping back in trip is interesting, doubtless suggested by jockey Shane Grey, again aboard for his guv’nor.

Twice-raced, progressive Equality, and penalised Good Listener from Richard Hannon’s in-form Marlborough yard, are bound to be ‘on the premises’ but, as ever, I’m targetting one of three places for each-way purposes and reckon General Sago meets median criteria.

Hannon has also declared twice-raced Anghaam for a nine-runner Fillies’ Novice Stakes over a mile of ‘good to firm’ Haydock and what beats this superbly-bred Frankel filly will win; progeny of this incredible sire usually benefit from extra distance and Pat Dobb’s mount, creditable Newmarket runner-up over seven furlongs last year, will be the first leg of my each-way double.

A 266 days absence is no problem, no thoroughbred ever leaves Hannon’s complex needing a run and Anghaam is clear top-rated to make it third time lucky.

Winner-finding is difficult despite six meetings; they include the final day of this ubiquitous National Hunt season at Sandown, where Harry Skelton will be crowned champion jockey after a thrilling tussle with reigning champion Brian Hughes during the last few weeks.

Harry was Racing Research computer champion last season, ‘head ‘n shoulders’ superior to his contemporaries, as we mentioned, and hopefully you have been able to take advantage of his tremendous exploits. Sticking with the best makes good sense.

If it’s tough for this ‘workaholic’ to eke out winners just imagine what prospects punters face who don’t read this column; they will be guessing and gambling, a dirty word in my book and a major problem for millions of beleaguered, unsuspecting souls. Bookmakers are making billions from so-called ‘recreation money!’

Stick with me, it’s your only chance of profiting, every month!

2021-04-24
Previous Post: Luke and local schoolchildren to present Plymouth Blitz letters from Ambassadors to Lord Mayor
Next Post: Business rush to ‘dress to impress’ this Summer