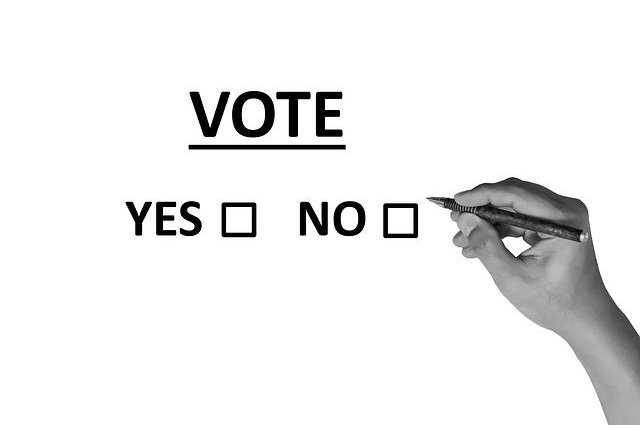 If we have learnt anything from the June 2016 EU referendum vote, it is that referendums should be held “only” when there is clarity about the options on offer..

It has to be remembered that this referendum was initiated because the then Tory leader David Cameron wanted to appease the European sceptics in his party.  The 2016 referendum vote was not held for the good of this country.

If a second EU referendum were to be held, it would be vital that the detail of each of the options was made clear to the general public.

In 2016 the options were not made clear.. Far from it !….The options by the Leave campaigners were based on lies, misinformation, and deceptions.. Those responsible should be in jail…

As we are finding out on a virtual daily bases, Leave voters could not have known what they were voting for, unless all Leave voters voted against immigration, then Leave voters are getting their wish based on the factual statistics.

22, 000 EU nationals have left the NHS since the EU referendum was held in 2016, also responses by 88 NHS hospital trusts to freedom of information enquires revealed that the 22, 600 EU nationals leaving the service over the past three years included  8, 800 nurses and midwives, and Royal College of Nursing figures reveal a shortage of 10,000 doctors.  The number of EU nationals quitting the NHS increased to 8, 540 the year after the EU referendum in 2017, and that the NHS started fighting this virus  with a shortage of 50, 000 nurses..

So bang goes Eastern European NHS nurses, doctors, and cleaners, and also all those Eastern European’s willing to work hard at low paid jobs we Brit’s can’t afford to do, or simply wont do.  Yes you got what you voted for Leave voters.

Now that the full negative consequences of leaving the EU grow more and more stark as the days, weeks and months past that lively hoods are at stake here, ask the farmers, the fishermen, the hauliers, meat exporters, and small businesses, anybody trying to export to the EU.

I believe It is essential that a second EU referendum vote is held so that now people can make an “INFORMED”  decision about whether they want to rejoin Europe,  or they do not ?

A second referendum is neither anti democratic, or does it make a mockery of democracy.

On the contrary, another vote by an “informed” British public is the democratic and commonsense thing to do.

I have put together a petition on social media care of a site called 38 Degrees, for Parliament to hold a Cross Party Debate and hopefully decree a second European referendum vote.

My petition may not be successful, but I always say, nothing ventured, nothing gained.

Anybody with access to the internet, and who would like to sign my petition , should email me at the following address, [email protected]   and I will forward them the petition link.

2021-04-12
Previous Post: A Response from STITCH, Torrington to the Devon Integrated Care Service, ‘Together for Devon’
Next Post: Winning thread…