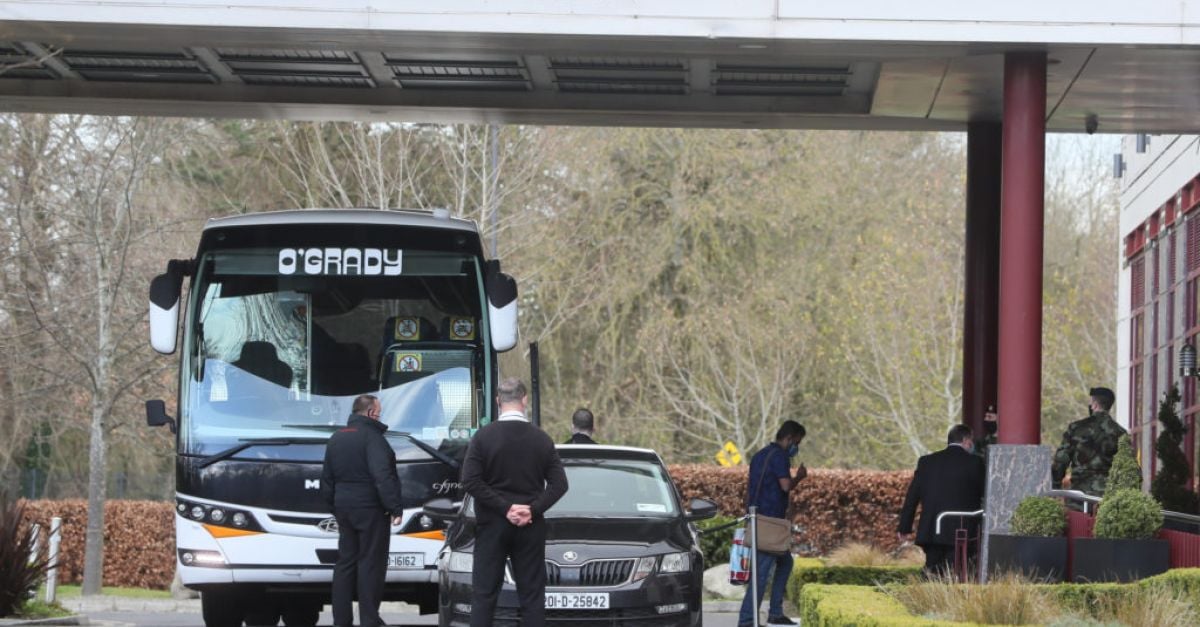 Three people have absconded from a mandatory hotel quarantine facility near Dublin Airport just a day after arriving in Ireland.

As the Irish Times reports, Gardaí and Defence Forces personnel are trying to locate the three people who were staying in the Crowne Plaza Hotel in Santry.

They left the hotel despite a heavy security presence involving a private security contractor and Defence Forces personnel.

Those who leave hotel quarantine without permission can be fined up to €2,000 or face imprisonment of up to one month.

A Garda spokesman confirmed that gardaí had been called by the Defence Force’s State liaison officer at the hotel in the early afternoon about the missing people.

“As the Department of Health is the lead agency in relation to the management of mandatory quarantining, An Garda Síochána will not be commenting further at this time,” a spokesman said.

He said he could not comment on reports that one of those who left the hotel illegally has been found.

In a statement the Department of Health did not comment on the specific incident of the three people leaving quarantine, but stated it was a criminal offence to leave a designated facility without authorisation.

“An Garda Síochána will investigate any suspected offences and enforce these laws,” the department stated.

People from 33 designated “high-risk” countries must spend up to 12 days in one of four designated hotels even if they are only transiting through those countries.

The countries include many in South America and Africa as well as the United Arab Emirates and Austria.

On Friday, a woman was escorted into the Crowne Plaza Hotel by security guards after she refused to leave a bus carrying passengers entering the Covid-19 mandatory hotel quarantine system.

The woman was visibly distressed and called out to waiting reporters as she was being led inside by security staff. She said she was entited to live in Ireland and did not need to quarantine.

The quarantine period can be reduced if a passenger returns a negative result when they are tested for Covid-19 after 10 days in the system.

2021-03-27
Previous Post: Suez Canal blockage: what it takes to unwedge a megaship
Next Post: Exmouth RNLI called to windsurfer in difficulty