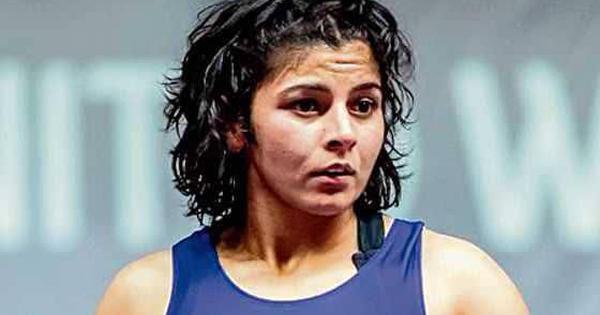 Sarita Mor went down to 2-4 to to Giullia Penalber of Bulgaria in the title bout.© Twitter

Asian champion Sarita beat Kazakhstan’s Altynay Satylgan 4-1 in the women’s 57kg quarter-finals and then defeated Emma Tissina by a fall in the semi-finals to assure herself of a silver.

Later, Sarita went down to 2-4 to to Giullia Penalber of Bulgaria in the title bout to settle for the silver.

The other Indian in the same weight category, Anshu Malik lost 7-10 to Penalber in the semifinals. She forfeited her bronze medal contest against Italy’s Francesca Indelicato due to an injury. Malik had won a silver medal in the event last year.

In the 68kg category, Nisha bowed out in the qualifiers after losing 3-10 to Rio 2016 Olympian Mimi Hristova of Bulgaria. The Indian then lost 2-3 to American Alexandrima Junis Glaude in the repechage contest.

The other Indian in the same weight category, Harpreet Singh, also crashed out in the qualification round, losing by a fall against Turkey’s Salih Aydin.