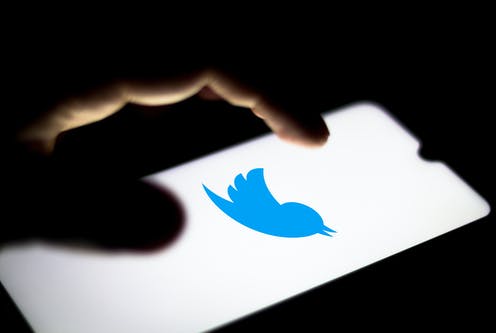 Stories of celebrities suffering abuse and harassment on Twitter are a constant feature in today’s news. Footballers and rugby players are ritually abused if their teams lose. Politicians and journalists are abused for doing their jobs – and that abuse is far worse for women. Even Captain Sir Tom Moore was subjected to a torrent of abuse on Twitter.

This abuse has led many high-profile celebrities to quit social media altogether, most notably Harry and Meghan, the Duke and Duchess of Sussex. And Twitter has been singled out as a particularly uncivil social media platform, where abuse and harassment are common.

My research team and I recently set out to understand the forces behind celebrity Twitter abuse. Our experiments found that people victim-blame celebrities for the abuse they suffer on Twitter. This finding suggests that people struggle to empathise with abused celebrities, which may affect the level of harassment the rich and famous experience online.

In a previous research article, we looked at abuse on Facebook. When we analysed the abusive posts we found there, we realised that many victims of abuse weren’t treated with a great deal of sympathy from other users. Actually, we found victim-blaming in many of the posts and comments we observed.

Victim-blaming occurs when people assign the blame for an abusive episode to victims rather than the abusers themselves. It’s sometimes seen in criminal cases and workplace tribunals. On social media, victim-blaming suggests that users may struggle to empathise with victims of abuse.

To investigate this, we set up two studies. The methodology in both was exactly the same, except in one study the abuse victims were celebrities, and in the other, they were non-celebrities. All our abuse victims were white men, to control for other abuse factors like race and gender.

We showed people a tweet on a live Twitter feed, with six replies beneath the original tweet. We showed three types of initial tweet: something positive (a show of gratitude or a compliment), something neutral (a mundane, everyday tweet), or something negative (a complaint or criticism). We expected that our participants would be more likely to victim blame people who’d initially tweeted something negative.

After reading all of this, we asked our participants who they thought was to blame for the abuse, and how severe they thought the abuse was. By comparing responses in our two studies, we’d know if celebrity victims of abuse truly are treated with less empathy.

One rule for them

We found that celebrity victims were overwhelmingly blamed for their own abuse if they’d tweeted something negative to begin with. People even tended to blame the celebrity victim for the abuse they received after a neutral tweet, which they didn’t do as much with non-celebrity victims.

Our studies found that unless the celebrities were tweeting something positive, they were often blamed for whatever abuse came next. Participants also saw the abuse of celebrities as less severe than the abuse of non-celebrities, even if the abusive comments themselves were identical in both cases.

Victim-blaming is often driven by people’s belief that we live in a just world: that bad things happen to bad people who deserve their misfortune. But our finding – that people believe celebrities deserve more misfortune than non-celebrities – touches upon an empathy gap that further research may do well to explore.

And, while it may be tempting to blame social media companies for the abuse that appears on their platforms, this would be to once again avoid blaming the abusers themselves.


Some celebrities have argued that anonymity should be banned on Twitter, in the belief that it’s the user’s sense of impunity that encourages their abuse. Others, like footballer Marcus Rashford, think abusive accounts should be deleted immediately.

Irrespective of policing policies, the sad truth is that we will continue to see celebrities being routinely abused on social media. But learning more about how why this is the case – and whether psychological factors such as empathy influence abuse on social media – can go a long way towards improving what is currently a deeply unpleasant situation.

Christopher Hand does not work for, consult, own shares in or receive funding from any company or organisation that would benefit from this article, and has disclosed no relevant affiliations beyond their academic appointment.