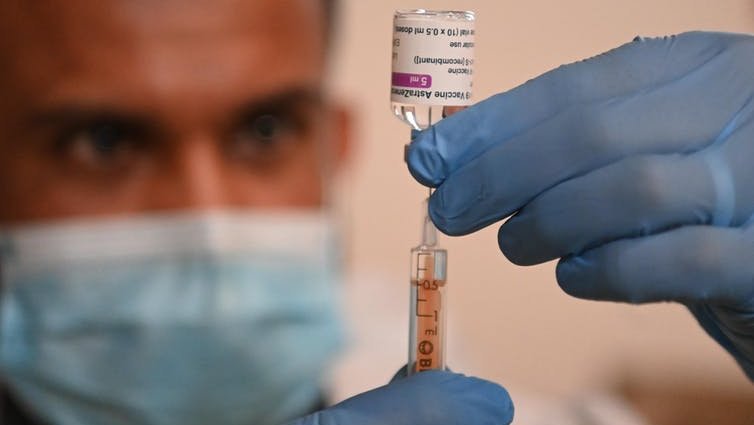 Stories about vaccine hesitancy in various communities described as Black, Asian and minority ethnic (BAME) have led public figures to appeal to this supposedly reluctant group through video campaigns.

Yet, in campaigns to address vaccine hesitancy, the relevance of the legacy of discrimination that many of these communities face is being ignored. This is in spite of glaring issues such as historical concerns about inadequate and unethical medical treatment towards members of some of these communities. What is driving some in these groups to ask legitimate questions about the vaccine before agreeing to take it isn’t necessarily due to vaccine hesitancy. In many cases, it could be more complex.

There is also no doubt that the reach of COVID-19 misinformation has widened in BAME communities because of their specific sensitivities and concerns. The lived experience of far too many under the BAME umbrella is one of fragile trust in the government and NHS. This lack of confidence in the state creates space for less reputable players – such as anti-vaxxers, who spread misinformation to discourage people from taking the COVID-19 vaccine – to target these groups.

But vaccine hesitancy is not unique to Black or Asian communities, all you have to do is look at France to see the power of anti-vaxxer sentiments across the population. Surveys have shown that only 54% of people in France were willing to be immunised before vaccine rollouts. Though scepticism eased slightly after vaccines arrived, 37% of French people still said they would “definitely not” or “probably not” get vaccinated.

Vaccine agency is not hesitancy

In the UK, the focus on hesitancy is distracting people from other key issues around the delivery of the vaccine, especially to groups who have suffered most. To understand how problematic this is, we should look at the two distinct sets of data that are currently being used as evidence of vaccine hesitancy: surveys about who’s likely to take the vaccine and figures for how many vulnerable groups from black and Asian communities have already been vaccinated.

For surveys where people are asked if they will take the vaccine, black people are less likely to give a straight “yes” when asked. Although this is alarming and progress is slow, it does not necessarily mean they won’t take it. Just as not every white person who says they will take the vaccine will end up having the vaccine. However, vaccine agency is only effective if black communities also challenge anti-vaxxers and their sources as vigorously as they challenge the government and its scientists.

For many in black communities, having the choice to either take or reject medical care is often empowering in itself. This is because black people in the UK also look to the experiences of black people across the African diaspora to inform decisions and to ensure the same issues don’t happen again.

The 40-year-long US Public Health Service Tuskeegee syphilis experiment, is one glaring example of why trust is low. The study, which aimed to seem how untreated syphilis behaved misled Black male participants into participating by suggesting they’d receiving free healthcare and treatment for “bad blood”. It also observed those infected with syphilis without giving them treatment and without their informed consent, even after a cure was found. Many of these men died, while others unknowingly passed the disease to their wives and children.

The issue of getting more Black and Asian communities vaccinated is even more alarming when looking at how many of them in vulnerable groups (particularly in big cities) have now been vaccinated. The data shows that proportionately twice as many white people as Black people in the eligible categories have been vaccinated. Just as issues such as structural racism can explain why Black people are disproportionately more likely to be infected and then die from the virus, sadly, the same issues are playing a leading role in preventing many Black people from getting vaccinated. Unfortunately, this isn’t being discussed.

Ironically, many NHS Trusts report that except for doctors, BAME staff have some of the lowest vaccine uptake numbers. This too has its roots in structural issues. More BAME staff are in roles where they are more exposed to the virus but with less access to PPE. As such, BAME NHS staff were some of most affected by COVID-19 early in the pandemic. These problems linked to structural racism aren’t new, we know they’re widespread in terms of access to healthcare and poorer medical outcomes in areas such as death during pregnancy, diabetes and heart disease for many Black people.

We have also seen the same pattern of poor delivery of the flu vaccine over many years to some BAME groups, yet these problems are either being missed or ignored.

Historically, concerns have been raised about shortfalls in NHS and public health messaging to these groups. It seems convenient today that those in power have focused on hesitancy, which blames victims rather than identifying an inadequate system based on bias. A similar approach was taken at the start of the pandemic, when issues linked to race and genes rather than racism were suggested as the reason for disproportionate BAME COVID-19 deaths. Again, the evidence supporting this does not exist.

Subtle messages in recent campaigns and some news reports also suggest ignorance leading to self-imposed hesitancy as the reason the vaccine is not being accepted by BAME communities. However, the arrival of pop-up vaccine centres which aim to reach people who aren’t using conventional vaccination centres is a small acknowledgement that the situation is far more complicated. Vaccine hesitancy is the symptom, structural racism is the disease.

Having had easy wins with over-70s and the vulnerable, can the government reach and deliver the vaccine to the communities they are now encouraging to take it? Going by past records of vaccine delivery to these groups, we may never reach the level of vaccine uptake the government has been pushing for.

2021-03-01
Previous Post: We’re sleeping more in lockdown, but the quality is worse
Next Post: Baby infected with coronavirus in the womb — new study