Team India’s batting coach Vikram Rathour has made it clear that the visitors will not be affected by the off-field incidents and the squad is raring to go for the fourth Test against Australia which gets underway on Friday. The Ajinkya Rahane-led India faced strict quarantine in Brisbane when they came from Sydney which had seen a cluster of COVID-19 cases earlier this month. Rathour exuded confidence and said the squad is motivated so the off-field issues during their stay in Brisbane don’t matter much. It was reported that the Indians were denied housekeeping and room service at the Brisbane hotel.

“We are playing Australia in Australia, against one of the better attacks in the world. Motivation is there, you don’t need housekeeping or room service to give you motivation,” Rathour said on the eve of the final Test.

“Yes, these were the concerns which were passed on to the BCCI, the board is in touch with Cricket Australia.

“As far as players and team management is concerned, we are focused on the game and all the boys are looking forward to this game,” he added.

Meanwhile, in a major boost for the Indian team, Rathour said that pace spearhead Jasprit Bumrah is working closely with the medical team and a call will be taken on Friday morning on whether he can take the field.

“The medical team is working with Bumrah, we have to see tomorrow morning whether he is fit to play the fourth Test or not. If he can play, he will play, if he cannot, then he won’t,” Rathour said on Thursday.

“The injuries are still being monitored. Our medical staff is looking into it, I would not be in a position to comment on this right now.

“We would like to give them as much time as possible. It will be tomorrow morning that you will know which eleven takes the field,” he added.

The Indian attack has already lost Mohammed Shami — broken hand — and Umesh Yadav — calf injury — during the course of the ongoing series and with the series level at 1-1, the team knows the importance of the final Test which gets underway on Friday.

2021-01-14
Previous Post: Almost half of NHS critical care staff show symptoms of PTSD, depression or anxiety
Next Post: COVID is changing the way we work – and for disabled people too 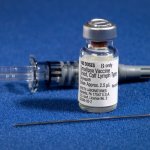 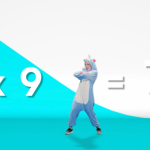 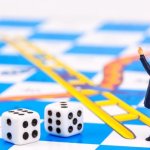