Locked down again: the ‘invisible’ children in need of protection from abuse 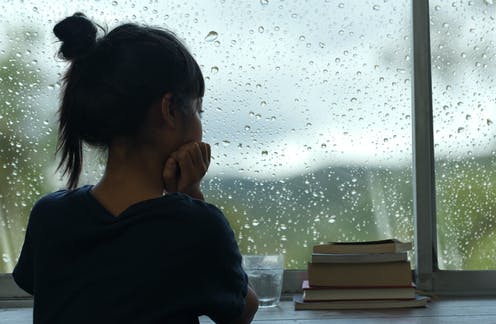 For many vulnerable children living in chaotic households with abusive family members, lockdown was nothing short of a living nightmare. That nightmare has not ended with the re-opening of schools, as social bubbles are regularly being sent home to self-isolate. There is also an entire group of children who fall into a grey area when it comes to being categorised as “at risk”, and we could be losing track of them during the chaos of the pandemic.

Only those children and families high on social services’ “at risk” registers and those subject to child protection plans have been actively monitored and reviewed during the pandemic – at potentially reduced capacity.

But what about all the other children who are being brought up in unsafe homes who didn’t make it into that category? Thousands of these vulnerable children are falling through the cracks in an overburdened system and they desperately need help.

The Children’s Society says that for the most vulnerable children, school is a “safe haven” which provides routine as well as emotional, psychological and social support (not to mention the 1.3 million children entitled to free school meals).

Schools also make children visible. Data shows that during lockdown (April to June in the UK), when schools were only open to key-worker families and highly vulnerable children, there was an 18% reduction in referrals to children’s services. We argue that these reductions show that vulnerable children are dropping off the radar.

The UK Department of Education has reported that nine out of ten children returned to school this September – meaning 10% are still at home. While there are many reasons for non-attendance, it is imperative that children are accounted for and supported. But currently, all but critical checks are being done over the telephone.

Other services which could help check in on children are also operating at reduced capacity. For example, health visitors are only doing visits for critical cases, with other checks completed over the phone with a caregiver.

Teachers are trying to deal with vast amounts of pupils who are at least three months behind on their curriculum. They are trying to teach under new government guidance that is constantly changing, with increased COVID-19 cases and school-bubble lockdowns altering teaching delivery. Teachers are supposed to act as “eyes and ears” when it comes to the safety of children, but they are busier than ever.

The restricted measures implemented to keep the population safe at home are unintentionally ensuring that some children remain unseen, and at more risk than ever. Researchers have called this the “pandemic paradox”.

The majority of children who suffer abuse endure it in their own homes, most commonly perpetrated by parents. A report by the charity World Vision found that COVID-19 was contributing to a “perfect storm” in child abuse and predicted major spikes in children experiencing physical, emotional and sexual violence as a result of having to spend more time in dangerous homes.

Research carried out by Barnardo’s found that 26% of children that were questioned felt trapped, while a third experienced difficulties with mental health, wellbeing and loneliness. This is echoed by NSPCC findings that calls to the counselling service, Childline, have risen by 37%.

Barnardo’s staff said many vulnerable children rely on support services, which have been closed or operating on reduced capacity. They echoed concerns about young people being hidden from those who may have previously offered protection, such as schools.

So how are vulnerable children being identified and supported in all this chaos? A study across Wales, where Michelle interviewed senior people from various agencies charged with keeping children safe, highlighted the struggles in engaging families remotely. Some participants were concerned about the reduction of safeguarding referrals, with one saying they were “holding their breath” over when children would become visible to schools again. She said:

I really worry about those children that were, maybe, receiving lower level support and are not visible … just all of those kids coping with that … I’m more concerned with the ones that we are not seeing, you know … what about the children that actually just need to come to school to get out of the stressful environment?

There is a statutory duty on a range of organisations, including schools, the police, social work and healthcare to work together to safeguard children. Yet very little support is given to schools in terms of how they can work with these other agencies to identify children before vulnerability concerns spiral into child protection issues. With teachers and social care under incredible pressure, there is a real need now for meaningful collaboration – no single agency can cover it all.

These “forgotten” children must get back into school and back into the light. For this to happen there must be better access to COVID-19 testing for teachers and pupils to minimise the current situation where hundreds of pupils are being sent home to isolate due to one positive test.

Coordinated safeguarding approaches and information sharing, together with a focus on building strong relationships across agencies, will help ensure that vulnerable children and families are identified and supported as early as possible.

Michelle McManus has received funding from various bodies such as Welsh Government, National Safeguarding Board Wales, Lancashire Constabulary, and various other police forces for research projects.

Emma Ball does not work for, consult, own shares in or receive funding from any company or organisation that would benefit from this article, and has disclosed no relevant affiliations beyond their academic appointment.