Fewer people attended hospital with stroke during the pandemic – but why? 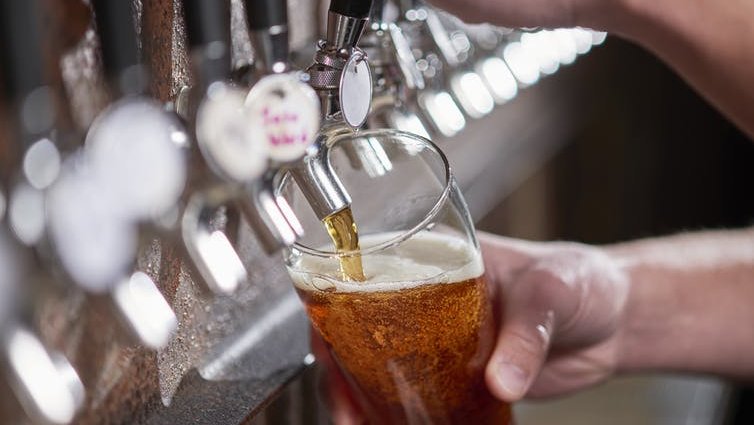 In the event of a stroke, the well-known mantra is “time is brain”. Even small delays in identifying symptoms and seeking specialist care can be detrimental to a patient’s recovery and long-term quality of life. This is the case even for relatively mild strokes.

So it’s alarming that hospitals in the UK – and worldwide – saw the number of people attending with suspected stroke fall during the pandemic. Although it’s possible that fewer people were having strokes during the outbreak, the concern is that people with a stroke were not using hospital services when in need.

In response to this, our work investigated changing stroke attendance between January and May 2020 in Greater Manchester, and the possible reasons behind this.

The Greater Manchester and Eastern Cheshire region contains three hyperacute stroke units. Together, they admit approximately 4.5% of all confirmed strokes in England, Wales and Northern Ireland.

During March 2020, we observed a 16% drop in the number of people admitted with stroke and a 21% drop in people coming to hospital following transient ischaemic attacks (TIAs) – also known as “mini-strokes”. Overall, fewer people were arriving with less severe strokes, whereas attendance with moderate to very severe stroke remained consistent.

The reasons for a reduction in milder strokes presenting at hospital aren’t clear. In parallel to the pandemic, the UK’s quarantine and lockdown measures influenced lifestyle factors, environmental factors and attitudes towards seeking healthcare, all of which could be associated with reducing stroke activity.

Reduced numbers of patients presenting to hospital could simply be due to fewer strokes and TIAs occurring in the population. Lifestyle factors such as diet and exercise habits are associated with stroke risk – and anecdotal evidence suggested both positive and negative lifestyle changes occurred during the spring. Sales of exercise equipment and alcohol at supermarkets both increased.

But it’s difficult to determine if these increases translated to a relative change at the individual level. Was there an increase in alcohol consumed, or did supermarket sales simply replace alcohol sales in bars and restaurants? And did people use their new exercise equipment? Regardless, it’s thought unlikely that such changes would have had such an immediate influence on stroke risk.

Environmental factors could also have had an influence. Air pollution and ambient air temperature have previously been associated with increased immediate risk of stroke. Levels of nitrogen dioxide, one of the primary traffic-related emissions, were estimated to have fallen during lockdown. However, in our study, adjusting for changes in nitrogen dioxide and air temperature didn’t appear to account for the change in stroke activity.

The alternative is that strokes and TIAs were occurring at the same rate in the population, but fewer people went to hospital. This seems the more likely reason for the change in recorded strokes, though we can’t be sure.

Patients having had a TIA or who have mild stroke symptoms may see improvement within 24 hours, which may encourage them to delay seeking help. Such patients often seek advice from a GP, family or friends before reaching out for further medical assistance.

But under social distancing, self-isolation and shielding, identifying symptoms and seeking advice may have been difficult, especially if GPs were also under restrictions. The fear of getting infected or diverting resources away from more urgent needs may also have made people reluctant to seek medical care, particularly for milder or transient strokes.

China also reported a reduction in stroke activity during the pandemic, and one study has shown that some Chinese patients delayed presenting to hospital with stroke symptoms. We shouldn’t jump to conclusions, but this suggests it’s possible that stroke victims in the UK avoided hospitals when the pandemic was at its worst. Equally, we can’t yet rule out other factors influencing China’s lower rate of stroke admissions either.

But while it is plausible that stroke patients were missed during the early months of the pandemic, it’s going to be very difficult to prove this. The true population-level incidence of stroke is difficult to estimate at the best of times, and this year’s estimates will probably be more unreliable than usual (national stroke reporting was disrupted) and may be confounded by COVID-19 itself.

Stroke activity within the UK healthcare system now appears to be returning to normal. But with social restrictions now again being imposed it’s important to reiterate the Act-FAST (Face, Arms, Speech, Time) message for identifying symptoms and seeking help. A stroke, regardless of how mild it may appear, is a medical emergency. Early identification and accessing appropriate care can make all the difference.

Craig Smith has received research funding from the Medical Research Council, the National Institute for Health Research, the Stroke Association and the Leducq Foundation.

Christopher Ashton and Matthew Gittins do not work for, consult, own shares in or receive funding from any company or organisation that would benefit from this article, and have disclosed no relevant affiliations beyond their academic appointment.