Barbados plans to remove the Queen as head of state without a referendum – is that a wise idea? 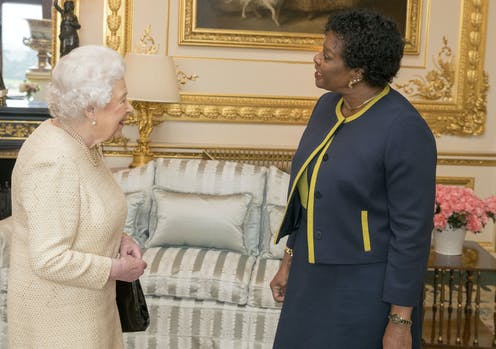 “If you want a republic, a referendum is a risky option, sir,” I told Ralph Everard Gonsalves, the prime minister of Saint Vincent and the Grenadines, a small Caribbean state ahead of a referendum on whether to remove the monarchy as head of state in 2009. He carried on regardless. And lost the vote.

Maybe Mia Mottley, the prime minister of Barbados, has taken notes. She has proposed that the small island state becomes a republic before the end of 2021, removing Queen Elizabeth II as its head of state. But has not announced plans to hold a referendum.

Republicanism has a long history in Barbados. In 2005, a referendum on the subject was planned. At the time, Mottley, then deputy prime minister, said she was “committed” to letting the public “pass judgement on it”. Yet, due to costs, the referendum was postponed. Mottley’s Barbados Labour Party was then voted out of office. Now it is back, and so is the issue of a republic, though the lofty assurances about democratic legitimacy are gone.

At the opening of the Barbadian parliament on September 15, the Queen’s official representative in the country, the governor-general, Dame Sandra Mason made no mention of a referendum on the decision to become a republic. However, she did announce a popular vote on same-sex marriage equality, which will be the first referendum ever held in Barbados.

A referendum is not required to become a republic under the island’s constitution – which only needs a two-thirds majority in both houses of parliament. But is Barbados wise to avoid a popular vote on the issue?

Some of these were dubious, if not outright absurd. For example, when the Diệm’s regime in Vietnam held a plebiscite on the abolition of the monarchy in 1955, 5.7 million out of 5.3 million eligible voters supported the republic. A majority of a staggering 107%.

Apartheid South Africa voted to sever the ties with the British monarchy in 1960, though only white South Africans could vote. There were also successful plebiscites on the same issue in Ghana in the same year, in Rwanda in 1961 and a decade later in the Gambia. (Though in the Gambia a vote for retaining the Queen as head of state had been won by monarchists in 1965). All these plebiscites achieved overwhelming – if manufactured – majorities.

The same success rate used to be the case in developed democratic countries with competitive elections and multi-party systems. In 1944, voters in Iceland voted to establish a republic, and two years later a referendum in Italy led to the establishment of a republic.

But then things began to change. In 1950, 57% of Belgians voted for the return of King Leopold III in a highly divisive referendum that pitted the two linguistic communities against each other.

In the world’s three most recent referendums, there have been majorities for retaining the system of constitutional monarchy. A majority of Australians voted for monarchy in 1999. Tuvalu in Oceania voted overwhelmingly to retain the monarchy in 2008. And St Vincent and the Grenadines in the Caribbean voted 57% to 43% to keep the Queen as head of state the following year.

So why have countries in recent years voted against establishing republics? An element of conservatism has played a role. This was the case in Australia in 1999. While opinion polls predicted a majority would have been in favour of establishing a republic, in the end most voters were against the alternative on the ballot, an indirectly elected head of state. At a time when politicians were in low regard, substituting a soft-spoken septuagenarian for a retired career politician was not a prospect that thrilled the hearts of voters.

Those republicans who really want to abolish monarchies are advised not to ask the voters, just as I told Gonsalves. Other countries in the Commonwealth have followed this route, for example Trinidad and Tobago (1976) and Fiji (1987). This might not be very democratic. But it was formally in line with their constitutional rules, and the abolition of the monarchy in these countries didn’t lead to protests, or dissatisfaction with the respective governments.

There are some examples of successful referendums on establishing a republic – but the context matters. When a 69% majority voted against the return of King Constantine of Greece in 1974, it reflected dissatisfaction with the monarch’s somewhat ambivalent rule during the preceding decade of military dictatorship, not a deep desire for constitutional reform.

But for the most part, voters have not rushed to reinstate monarchies when given the chance. In Brazil, a proposal to this effect was rejected in 1993, and a similar proposal suffered the same fate in Albania three years later. A curious example is the tiny country of the Maldives. There the voters voted to abolish the monarchy in 1952, only to re-establish it the following year, and then finally to become a republic in 1968.

There are strong democratic reasons for having a republic. In a democracy, having a monarch remains an anachronism – but it can be a popular one.

Matt Qvortrup has advised the governments of Saint Vincent and the Grenadines and Trinidad and Tobago in the past on referendums.