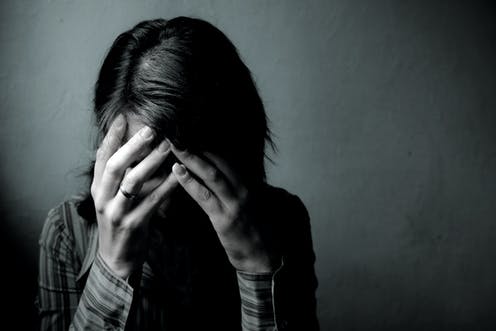 A recent, much-anticipated report called First, Do No Harm has described in detail the suffering undergone by thousands of women over the last 50 years due to the devastating effects of three medical products.

Two of these are pharmaceutical products. Primodos was a hormone-based pregnancy test used in the 1960s and 1970s that was shown to cause miscarriages and birth defects. It was withdrawn from the market in 1978 but not before it had been prescribed to more than 1 million women in the UK.

The second, sodium valproate, is a treatment for epilepsy that causes physical defects, autism and developmental delay in many children when taken by their mothers during pregnancy. It’s still prescribed to 17,000 women in the UK every year.

The third product is a pelvic mesh implant, a device used in the surgical repair of pelvic organ prolapse and stress urinary incontinence as an alternative to more invasive surgery. Many women implanted with the mesh have experienced a range of symptoms from recurring infections to mobility issues that caused excruciating and unrelenting pain, profoundly affecting their lives both physically and emotionally. In 2017, one woman died after contracting sepsis from her own implant while others have killed themselves due to unbearable pain.

All three products have now been shown to have caused life-changing injury, chronic pain and even death. Yet despite women voicing their concerns, they were not told of the inherent risks with the treatment, or were simply ignored or not believed.

In her 194-page report, Baroness Julia Cumberlege identified 12 overarching problems which could all be applied to the three products. These centred around patients not being listened to and their feelings of guilt and abandonment. The review contains a list of actions for improvement, which stress the urgent need for a full and transparent disclosure of information, to allow patients to make informed choices about treatment.

The first of nine recommendations was for the UK government to apologise to all those harmed by these products. But it is the second recommendation which is the foundation for resolving the concerns outlined in the review: the creation of a patient safety commissioner.

The appointment would be an independent public leader with a statutory responsibility, championing the value of listening to patients and promoting NHS users’ perspectives in seeking improvements to patient safety around the use of medicines and medical devices.

The Scottish government has taken the lead in announcing that such a role will be created in Scotland and has included it in its programme for government 2020/2021. The new role will not be without its challenges, not least determining what it will look like and what it needs to achieve to ensure that patients’ wishes are at the heart of all healthcare decision-making.

To have value, the disclosure of information about the risks and benefits of medical treatment should be an integral part of dialogue and discussion between the patient and their healthcare provider. It is well settled in law that the final decision over treatment – including the option of no treatment – is the right and the choice of all competent, adult patients.

The failure of the UK’s healthcare systems to respond to patient concerns is a recurring theme, as the 2020 Patterson Inquiry demonstrates. Following years of complaints, the inquiry investigated a consultant who was ultimately convicted of 17 counts of wounding with intent and three counts of unlawful wounding. He was imprisoned in 2017.

The recommendations from this report spoke of a culture of avoidance and denial to acknowledge that something was seriously wrong. As a result, the UK government committed to ensuring lessons are learned in the interests of enhancing patient protection and safety.

Similar findings can be found in the evidence presented following the Bristol Inquiry, which found that between 30 and 35 children undergoing heart surgery at Bristol Royal Infirmary who died between 1991 and 1995 would probably have survived if treated elsewhere. The failings were found not to be the result of flawed surgery alone, but inadequacies at every point, from referral to diagnosis, surgery and intensive care.

Over the years, as more scandals come to light, the public continues to be shocked at the harrowing evidence of patient harm and suffering, and determines, once again, that something needs to be done.

Often, established organisations are tasked with ensuring that such harms will never happen again. These retrospective gestures fail to address the underlying changes in the NHS culture that need to occur, and this should be one of the first tasks of the patient safety commissioner.

Establishing such a role will not be without cost or effort. The Cumberlege review has provided guidance and the patient safety commissioner could be modelled on the Scottish Office of the Public Guardian or the well-regarded Children’s Commissioner for England. It also has to be independent to maximise impact and confidence.

The creation of a patient safety commissioner is an excellent opportunity for Scotland to lead the way in patient treatment and care. Ensuring that patients are heard and believed should be a fundamental aim – but it needs more.

Restoring patient trust should be at the heart of this role. Its success will lie in effective and rigourous groundwork. Patient groups, public representatives and healthcare organisations all have to be engaged and willing to effect real and lasting change.

Alison Britton does not work for, consult, own shares in or receive funding from any company or organisation that would benefit from this article, and has disclosed no relevant affiliations beyond their academic appointment.