Why the dwindling numbers of trained detectives is a national crisis 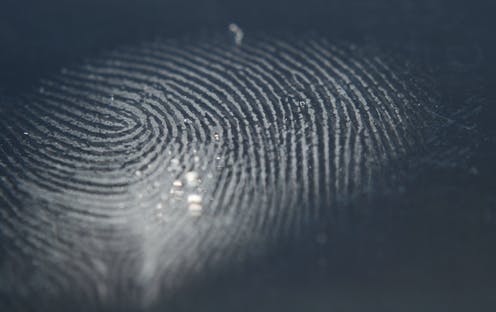 Whether it’s a true crime documentary or the latest super cool crime noir series, it seems everyone wants to be a detective. Everyone, that is, except serving police officers in England and Wales.

HM Inspectorate of Constabulary (HMIC) called the lack of trained detectives a “national crisis” and the Police Federation’s National Detectives Forum estimates that there are 5,000 vacant investigator posts across all forces in the UK. It also said morale was at an all time low.

In 2020, HMIC suggested cuts to police funding had led to many victims of crime not receiving the service their crime demanded. It found house burglary and theft offences regularly being resolved over the phone or allocated to neighbourhood police officers for investigation. The Police Federation is lobbying hard for long-term funding to resolve what it calls a “national shortage” of detectives.

I was a police officer for 30 years and served in every rank from detective constable to detective chief superintendent. It was an extremely difficult job but I thrived in that challenging environment. So why are so many serving officers reluctant to become detectives?

One reason is sure to be the hours. Unlike their uniformed colleagues who work structured shift patterns to maintain a 24-hour response capability, detectives tend to work irregular hours. Their time is dictated by the investigations they are dealing with. The ability to earn overtime has always been one incentive to become a detective. But this is no longer the case due to cuts in police funding which brought in overtime caps.

Detectives become invested in their cases, from start to finish, mainly because the option to hand them over to someone else is rare. And the dynamic nature of crime investigation means they often work long hours. The main reason for this is the time constraint placed on police by the Police and Criminal Evidence Act (PACE) when dealing with people in police custody. For example, only under exceptional circumstances can a person be detained longer than 36 hours before they must be charged or released.

Complex investigations can be laborious as they require painstaking analysis and attention to detail. Detectives need to plan ahead and manage their time well while constantly trying to avoid being overwhelmed by the workload and paperwork.

To add to the mountain of admin, there is also an increasing need to interrogate electronic devices for digital evidence. This has led to a huge backlog of computers, tablets and phones awaiting examination and adding another level of complexity to investigations.

A day in the life

It is common for a detective working in a general CID office to start the day early with the execution of a search warrant. Then, if arrests are made the rest of the day will be occupied with documenting exhibits preparing and conducting interviews and possibly other secondary searches. After many hours – with luck – they may be able to secure a charge. When they eventually go home they will try and switch off but their mind will be racing. And then the phone calls will start: the custody sergeant wants to speak about the prisoner’s property, a supervisor wants an update for the chief constable’s daily log. And on it goes.

The next day the detective hopes there have been no overnight prisoners to deal with so they can catch up on the paperwork from the day before. A full prosecution file may take weeks (in some cases months) to prepare. This is followed by case conferences with the Crown Prosecution Service. Then the follow up enquiries need to be done before the case eventually gets to court.

Once in court, the anxiety level ratchets up as the criminal justice system mulls over the evidence and the detective tries to rationalise and justify – sometimes before a jury – what was done. And sometimes, more importantly, what was not done.

Over time the sheer volume and unrelenting nature of the work can take its toll. It can be debilitating and have a detrimental impact on personal relationships, physical and mental health.

Some forces have hired additional civilian investigators to address the shortage of trained detectives. Some have redeployed uniformed officers to what were once detective roles, such as the investigation of house burglary, drugs supply and even major crime.

In the short term this may help cope with demand, but it is not a long-term solution to why officers no longer want to be detectives. In fact, this only serves to further undermine the specialist nature of the role and erode what prestige it once had.

Chief constables and police and crime commissioners in England and Wales need to reestablish the status once associated with the role of detective by creating a desirable and accessible career path. The role will always be arduous and not for everyone. But it should be a position that ambitious officers aspire to.

Detectives should get the best training available in their specialist fields and need to be made to feel more valued and motivated by their bosses. Despite the looming recession, the government must find a long-term funding formula that allows forces to plan for the future – a future where the role of the detective will be crucial in the fight against crime.

Graham Hill does not work for, consult, own shares in or receive funding from any company or organization that would benefit from this article, and has disclosed no relevant affiliations beyond their academic appointment.