The Oxford vaccine trial has been paused, but this is no reason to panic 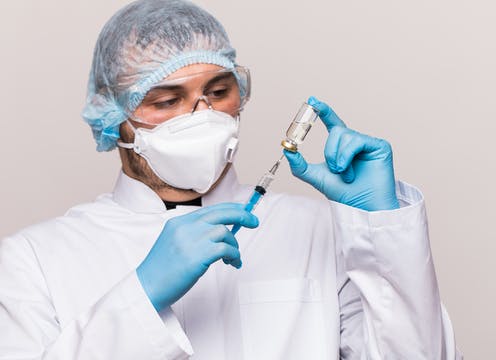 The much-anticipated phase 3 trial of the University of Oxford’s coronavirus vaccine has been paused following a suspected adverse reaction in one of its participants.

As developing a successful vaccine has been widely touted as a way to end the pandemic, this will feel like a blow for many people desperate to get back to normal life.

But how worried should we be? Is the suspension of this trial a major setback in the research effort to find a solution? At this stage, it is difficult to say. What it does show is that the trial is fulfilling one of its main purposes – to rigorously test the safety of the vaccine in a large number of people.

During development a vaccine goes through multiple rounds of testing in humans, known as phases. A phase 1 trial is run with small groups of participants to show that the vaccine is generally safe to give to people. A phase 2 trial then tests the vaccine in larger groups of people, to see if it stimulates an immune response and therefore is likely to benefit patients.

But it is the phase 3 trial that gives the answers we all really want to know – whether the vaccine will work in the population of interest by protecting them from disease, what side-effects there will be if it is given to lots of people, and whether ultimately the vaccine should be licensed for clinical use.

There are a number of possible ways to run a phase 3 trial, but generally a randomised controlled trial (RCT) design is used. This randomly assigns participants to one of two groups: the active group, who get the vaccine being tested, or the control group, who get an inactive vaccine called a placebo. The aim is to show statistically that the active vaccine is more beneficial than the placebo.

This randomisation is also often “double-blinded”, meaning that neither the participants nor the researchers know which group each participant is in. This prevents researchers intentionally or unintentionally biasing their results out of optimism that their new vaccine will work. Blinded RCTs are considered the gold standard for testing any vaccine or drug.

However, as most RCTs are blinded – including Oxford’s phase 3 trial – researchers cannot easily determine whether any adverse medical events suffered by participants are due to the vaccine being tested or some other cause. This is because they do not know which participants have received the vaccine and which are in the placebo group.

To get around this problem, blinded trials almost always have an independent, unblinded, data safety monitoring committee (DSMC). Its job is to monitor all the participants to see whether those in the active group are having more medical complications than those in the placebo group.

All medical complications caused by any means – including accidents – are reported to the DSMC, which then considers whether the “adverse events” are connected to the vaccine. Sometimes this isn’t clear, and so the DSMC can request that the trial is stopped while an event is investigated. This is what seems to have happened with the Oxford vaccine trial.

Quite often adverse events are found not to be related to the vaccine being tested. Instead they may be caused by unrelated health conditions, diseases or infections. Alternatively, complications might be connected to the vaccine, but occur so infrequently that the DSMC may not consider them to be a significant risk to the other participants in the trial.

Without any further details, it is very difficult to assess the significance of the adverse event that has been detected in the Oxford trial. But it is important to note that halting trials for this reason is fairly common. Indeed, it shows that the trial is doing precisely what it is meant to – closely monitoring participants to ensure that all, and any, adverse events are detected and investigated.

We all probably hope that upon investigation the independent DSMC will find that this adverse event is manageable, and thus that the trial can soon restart. But even if this proves not to be the case, it is important to remember that any lessons learned from this trial will be carried forward for future vaccine development.

It is also important to remember that the Oxford vaccine is only one of nine COVID-19 vaccines currently in phase 3 trials, and that six in ten vaccines put through trials are ultimately unsuccessful. Even if in a worst case scenario this adverse event means that development of the Oxford vaccine has to stop, there are still grounds for optimism that a successful vaccine will be developed soon.

Simon Kolstoe does not work for, consult, own shares in or receive funding from any company or organization that would benefit from this article, and has disclosed no relevant affiliations beyond their academic appointment.