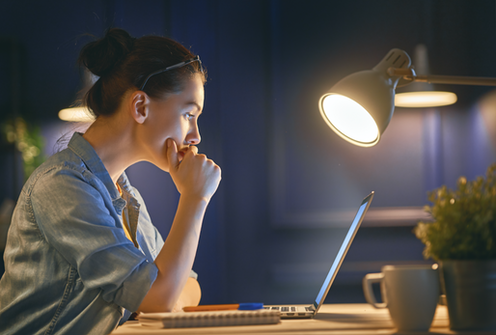 It became clear, very early on in the coronavirus pandemic, that lockdown would put domestic abuse victims and survivors at increased risk. But the pandemic has also taken its toll on the people who help them. I spoke to people on the front line to find out how they were coping.

Over the past few months I have been working on a film based around more than 20 interviews with people working in domestic abuse services in the UK as well as people working for charities, parliamentarians, NHS professionals and members of the police.

In July 2020, Labour MP Jess Phillips told me about how she spoke to a small organisation in Liverpool that had just four support workers dealing with more than 750 domestic abuse cases, some of which were very high risk. And indeed, the people I spoke to emphasised how difficult it has been to adapt, practically overnight, to a completely different way of working. Delivering sensitive and difficult services to people in dangerous situations is hard enough in person – now it had to be done over the phone. One frontline worker told me about a particularly harrowing experience:

You could hear the terror in their voice. They were hiding in a cupboard. They were just begging for help, but they didn’t want the police called. It was the first time they had ever spoken out to anybody. I couldn’t even get their name for the first hour of the call. I was on the phone for about four hours in the end, and it was about one o’clock in the morning by the time I came off the call. I just had a knot in my stomach, I felt helpless … You’re trying to help them but you can’t hear and they can’t talk any louder. It’s that frustration – you want to help, but you’re not there.

My interviews revealed that the people providing domestic abuse support in this time were experiencing vicarious trauma. One frontline worker I spoke to exemplified this. She herself was a domestic abuse survivor who entered the profession to help others. She suddenly found herself working on traumatic cases from her own home:

I realised actually that I was almost “contaminating” my room. I wasn’t sleeping … The stuff you get on the calls can be really really distressing. You can’t go home and reflect on it, because you are at home for work as well. When you’re at home and you’re on the phone and you’re hearing stuff and taking in some of the trauma and the abuse, it does go in more, and you do have to remind yourself this isn’t happening in your home, this is somewhere else.

The blurring of boundaries of work space and home space is not unique to this sector, of course, but the emotional labour of it for these keyworkers has been significant. Many ended up having to reach out for support themselves. Shonagh Dillon, CEO of domestic abuse charity Aurora New Dawn told me of her lockdown experiences: “there has not been a single team meeting where someone did not cry”.

But, as the director of Karma Nirvana, a domestic abuse charity specialising in so-called “honour-based” violence, Natasha Rattu said in her interview: “the lockdown has really enabled the sector to get together more closely”.

Meena Kumari of H.O.P.E. Training & Consultancy has organised bi-weekly Zoom meetings since the beginning of lockdown. These calls bring together professionals from domestic abuse organisations together with policymakers, politicians, academics and activists to share experiences and talk about domestic abuse and the impact of COVID-19, with a particular focus on black and minority ethnic communities. Roxanne Khan, director of HARM Network, described these calls as “the silver lining of COVID”. These meetings did not exist before lockdown – now there are hundreds of attendees on each call.
As Yasmin Khan, director of domestic abuse charity HALO project, put it, these meetings enabled people who work on the ground to speak with those who make policies. They “allowed people who know exactly what the issues are, what the solutions can be, to come together with a consensus of what we can do with the power of working together”.

Like so many others, those who work to support people experiencing domestic abuse found themselves having to adapt quickly to a different way of operating. That has brought opportunity, in the form of online collaboration across organisations, but the personal toll was evident across all my interviews. Hearing about these experiences was a reminder of the hidden work that goes on all the time that deserves greater acknowledgement.

Eylem Atakav does not work for, consult, own shares in or receive funding from any company or organisation that would benefit from this article, and has disclosed no relevant affiliations beyond their academic appointment.