Coronavirus reinfection – what it actually means, and why you shouldn’t panic 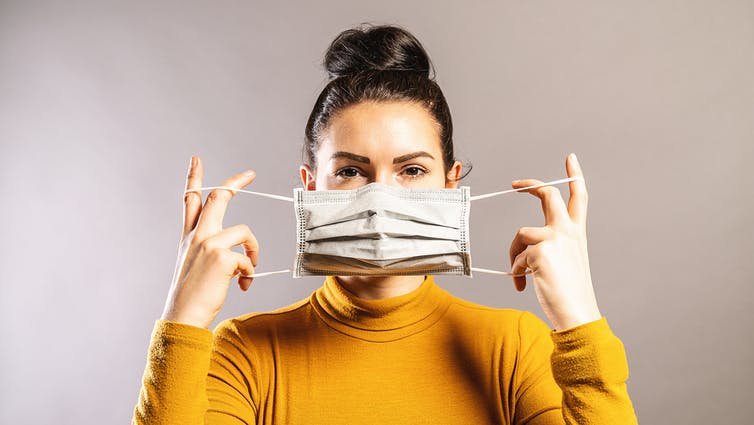 Scientists in Hong Kong have reported the first confirmed case of reinfection with the coronavirus that causes COVID-19, reportedly backed up by genetic sequences of the two episodes of the 33-year-old man’s infections in March and in August 2020. Naturally people are worried what this could mean for our chances of resolving the pandemic. Here’s why they shouldn’t worry.

Nearly nine months after the first infection with the novel coronavirus, we have very poor evidence for reinfection. However, virologists understand that reinfection with coronaviruses is common, and immunologists are working hard to determine how long the hallmarks of protective immunity will last in recovered patients.

The rare reports of reinfection so far were not accompanied by virus sequencing data so they could not be confirmed, but they are quite expected and there is no cause for alarm.

Our bodies do not become impervious to viruses when we recover from infection, instead, in many cases, they become inhospitable hosts. Consider that beyond recovery, our bodies often still offer the same cell types – such as cells of the respiratory tract – that viruses latch onto and gain entry for a cosy haven to uncoat and begin producing more viruses. These target cells are not altered in any substantial way to prevent future infections months after the virus has been cleared by the immune response.

If antibodies and memory cells (B and T cells) are left behind from a recent infection, however, the new expansion of the virus is rather short lived and the infection is subdued before the host suffers too much – or even notices at all.

This appears to be the case with the Hong Kong patient, who did not present any symptoms of the second infection, which was discovered following routine testing at the airport. Would he ever know that he had been reinfected had he not travelled? Probably not. A more interesting question is, was he contagious during his asymptomatic second infection?

There is mounting evidence that asymptomatic and presymptomatic people are contagious and this is why the sensible official advice is to wear face coverings to avoid infecting other people and to keep our distance to avoid getting infected. Coronaviruses from previous colds have endowed some of us with memory T cells that can also mobilise against the novel coronavirus, and this could explain why some people are spared severe disease.

So how should we receive the news on reinfection of recovered individuals? There are three possible outcomes of reinfection with a similar virus: worse symptoms that lead to more severe disease, the same symptoms as the first infection, and improvement of symptoms leading to milder or no disease.

The first outcome is known as disease enhancement and is noted in patients infected with similar strains of viruses such as dengue. There is no evidence for this for the novel coronavirus, despite over 23 million confirmed cases of COVID-19 worldwide.

The second outcome, where the patient suffers the same disease twice, indicates that there is no sufficient immunological memory left behind to protect from reinfection. This could happen if the first infection did not require antibodies or T cells to be resolved, perhaps because other rapidly deployed immune defences were enough to control it.

The final outcome is milder infection thanks to a healthy immune system that generated antibodies and memory B and T cell responses that persisted long enough to be of value during the second exposure. Given the diversity of antibody and T cell responses reported in different COVID-19 patients, we anticipate that immune protection – if efficient – may vary in different people.

Of course, this has implications for the potency and duration of herd immunity, the idea that when we reach a large number of recovered patients immune to reinfection, this will protect the most vulnerable. Therefore vaccination is critical to induce and sustain protective immune responses in the long term.

Vaccination can elicit more potent and longer-lasting immune responses compared with natural infection, and these can be sustained by booster vaccinations when necessary. This is why scientists were not surprised to hear of evidence of reinfection. The lack of symptoms experienced by the Hong Kong patient is very good news.

Zania Stamataki is a viral immunologist at the University of Birmingham, UK. She is a member of the British Society for Immunology and she cultures SARS-CoV-2 in category 3 containment labs to characterise immune responses to the virus and to support the development of disinfectants and antivirals.