The key to language is universal psychology, not universal grammar 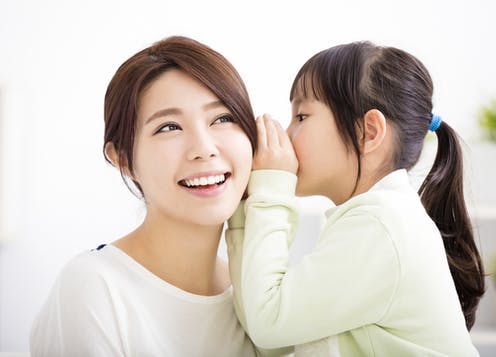 What makes language special is part of what makes us special, so understanding what language is made of and how we learn it brings us closer to our human nature.

Is language special because it runs on its own unique piece of mental software written into our DNA? Or is it because it recycles existing components of our mind, like memory and categorisation, for the purpose of communication?

That is the question I set out to answer in my new book, What It Takes To Talk. In it, I show the power and subtlety with which psychology shapes our language, calling into question the need for an innate universal grammar.

Any serious scientific theory of language acquisition needs to show how learning happens. Young children use syntax but they don’t hear it. What they hear are utterances – for example “John kissed Mary” – rather than the grammatical buildings blocks of a sentence – subject verb object. The question this raises is how children learn to go from one to the other.

The challenge is to describe what kind of processes guide children towards normal adult use of language.

An influential response to this challenge has been that of prominent linguist Noam Chomsky’s concept of universal grammar. He argues that language gets its own ring-fenced mental processor, areas of which cannot be accessed by other non-linguistic aspects of cognition. This mental module comes with innate content organised before we experience the world, designed to work exclusively on language.

In my book, I make the argument that over 50 years’ worth of developmental psychology and psycholinguistic research now demonstrates how this modular view vastly underestimates both the breadth and depth with which cognition interacts with, constrains and predicts language use.

This interaction penetrates so deeply that I think it’s reasonable to claim that language is built out of this general purpose psychological toolkit – abilities like memory, attention, inhibition, categorisation and social-cognition (that related to our social interactions) – rather than the language-specific one Chomsky and others had in mind.

How does general cognition help constrain grammar? Children’s developing cognitive abilities place bottlenecks through which language has to pass. To give an example, language requires memory and children’s memory develops over time. If memory starts small then the grammatical options a child has to process also start small. For example they might construct the sentence “Boys see girls.” As memory develops, the window of attention widens and allows for more grammatical complexity, channelled by that early experience to produce “Boys who chase dogs see girls.”

Children also develop in their ability to think about what others are thinking. For example, if an adult says to a 12- to 18-month-old infant “Oh, wow! That’s so cool! Can you give it to me?” while gesturing ambiguously in the direction of three objects, infants hand over the object that is new to the adult even though it was not new for the infants. By bringing their social-cognition skills into language learning, children can work out what nouns and verbs mean to build more complex grammatical structures.

Because these processes constrain and shape what kind of things language can be, understanding development gets us closer to understanding what language is.
Importantly, general psychological capacities all emerge in development before the child starts speaking and so they are available to the child to recycle into the nuts and bolts of their language.

Nature may also be recycling over an evolutionary timescale too. In a similar way to how limbs were recycled from fins, hands and wings from limbs, feathers from scales and so on, general cognition could have been repurposed for language at the time communication was beginning to emerge in our species.

Ultimately, the sheer variety across 7000+ languages made it very difficult for proponents of universal grammar to define its content. This is because specific linguistic biases that act in favour of learning one language often work against learning the next.

But children around the world share a common path of cognitive development and general properties of cognition. For example, memory has not been subject to the same cultural forces of change that act on language. That means the difference between the standard French-speaker’s memory and Japanese-speaker’s memory processes is less than the difference between French and Japanese. General cognition, then, stands a better chance of supporting linguistic diversity.

The conclusion I reached is that language is not special because it is an encapsulated module separate from the rest of cognition. It is special because of the forms it can take rather than the parts it is made of, and because it could be nature’s finest example of cognitive recycling and reuse.

Paul Ibbotson does not work for, consult, own shares in or receive funding from any company or organisation that would benefit from this article, and has disclosed no relevant affiliations beyond their academic appointment.

2020-08-21
Previous Post: How the shadow of slavery still hangs over global finance
Next Post: Inflammation: the key factor that explains vulnerability to severe COVID