Horrid little cowards who ran away? The overseas evacuation controversy of 1940 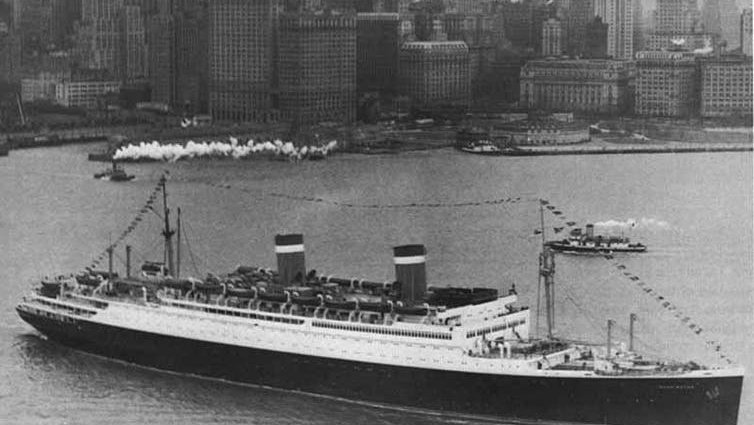 In the summer of 1940, with the threat of German invasion in the air, some of the wealthy and influential of Britain began privately evacuating their children to the USA and Canada. The result was an impression of grave social injustice.

When the Conservative MP and socialite Henry “Chips” Channon delivered his son Paul for evacuation he recalled that:

there was a queue of Rolls-Royces and liveried servants, and mountains of trunks. It seemed that everyone we knew was there.

Those sent overseas at their parents’ expense included children with the surnames Mountbatten, Bowes Lyon, Sitwell and Guinness, families high in the upper echelons of British society. One atypical evacuee, Jessica Mann, the daughter of German Jewish refugees whose parents were determined to ensure her safety, recalled hearing children who escaped the UK called “horrid little cowards who ran away”.

The Queen insulated the royal family from such public resentment by choosing not to send princesses Elizabeth and Margaret Rose to Canada because, as she said:

Nazi propagandist William Joyce (aka “Lord Haw-Haw”) ruthlessly exploited the implication that Britain’s richest families were getting their children away from danger. In his regular radio broadcasts from Germany, Haw-Haw stigmatised Britain’s elite as “the rich, the wealthy, the plutocratic caste”. He said they had provoked the war in order to profit from it, but “now that the worst is about to come to the worst, they quietly vanish from the scene”.

In a remarkable coincidence of opinion, the BBC’s most popular broadcaster, JB Priestley, a dedicated socialist, agreed that overseas evacuation should not be for the rich alone. Anticipating imminent invasion by “half-crazy German youths”, Priestley told millions of listeners to his Postscript on June 16 1940 that he wished “we could send all of our children out of this island, every boy and girl of them across the sea to the wide Dominions and turn Britain into the greatest fortress the world has known”.

This done, he added, “we could fight and fight these Nazis until we broke their black hearts”. Priestley’s support for an inclusive scheme of overseas evacuation encouraged a similar alliance of right and left in parliament.

The Children’s Overseas Reception Scheme (CORS) was an emergency project to evacuate British children to the Dominions at public expense which was announced in early June. On June 17, the Ministry of Information’s Home Intelligence team in Manchester reported that: “Evacuation of women and children to Dominions has caught popular fancy.”

Two days later, an intelligence summary revealed that many men “would be glad to see women and children go to Canada”. It added that: “The number of women making enquiries about taking or sending children to the Dominions is hourly increasing.”

The under-secretary of state for dominion affairs, Geoffrey Shakespeare, told MPs that “the essence of our scheme is that there should be no discrimination and no special facilities for a privileged few”. Instead, he proposed “a balanced migration representing a cross-section of British children”.

Clement Attlee, the Labour leader, spoke in support, declaring: “I think it absolutely right that there should not be privilege for one lot of people as against another. I think it is right that a fair sample of the population should be sent overseas.”

My research into newspaper archives (sadly not available online except by subscription) has revealed that newspapers on both left and right agreed. On July 3, the conservative Daily Express set the tone, and identified a weakness in CORS: the number that could be offered places would not be sufficient to meet demand. In an editorial headlined “To go – or not to go? The Rich go first”, the Express protested that:

while the Government is arranging to evacuate the 20,000, there is another kind of evacuation. It is carried out by well-to-do parents who can pay their children’s passage and arrange for them to be supported by relatives or friends overseas. Poorer parents whose children are left behind feel a grievance and a just grievance, at the children of the rich who are being sent to safety.

At the other end of the political spectrum, the Labour-supporting Daily Mirror deployed American opinion to assist its criticism of class bias in overseas evacuation. The Mirror reported that: “The suggestion that so far only children of titled and wealthy Britons have been evacuated to the United States is strongly criticised by the American Committee in London for the evacuation of children.”

A week later, the Mirror identified children who had just arrived in New York aboard the luxury liner SS Washington. They included “the two daughters of Lord and Lady Mountbatten”.

The Manchester Guardian hoped evacuation ships would soon be “filled with young emigrants from all classes of the community”. Presciently, it also acknowledged that CORS was fraught with risk. Parents should weigh “the dangers to be faced in this country against the risks to which every ship that leaves our shores is subjected”.

The controversy over CORS illustrates the extent of class division in Britain in 1940. Newspapers advertised it and the wartime coalition made initially faltering efforts to respond. Danger ensured that it could not last. In July, it was suspended. Besieged Britain could not afford to send the Royal Navy to protect evacuation ships. CORS was formally abandoned after the sinking of the City of Benares in the North Atlantic on the evening of September 17.

When she was torpedoed, Benares was carrying 90 CORS children to Canada. She was also carrying private evacuees. Class segregation determined the likelihood of survival. The CORS children were sleeping in bunks deep in the bowels of the ship. Children moving overseas at their parents’ expense had first class accommodation closer to the lifeboats. Some 83 of the CORS evacuees lost their lives.

Tim Luckhurst has received research funding from News UK and Ireland Ltd. He is a member of the Society of Editors and the Free Speech Union. This article is based on research for his current work in progress, a book for Bloomsbury Academic under the provisional title Reporting the Second World War: Newspapers and the Public in Wartime Britain.