Antibiotic resistance: cheap diagnostic test could be a saviour 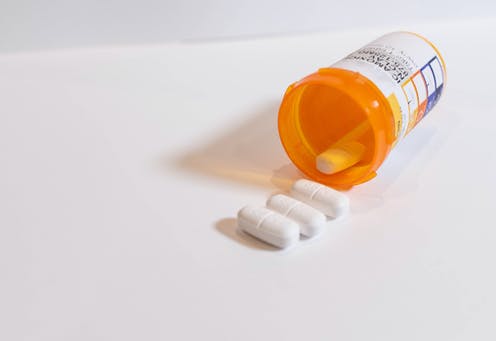 With the world’s attention focused on combating COVID-19, it is easy to forget the other significant threat to public health and the global economy – the rapid rise of antimicrobial resistance (AMR). Yet the problem has not disappeared. Indeed, the pandemic is probably accelerating it.

Predicted to cause 10 million deaths a year by 2050 if left unchecked, AMR occurs where microorganisms, such as bacteria, viruses, fungi and parasites, develop resistance to antimicrobial drugs (such as antibiotics, antivirals and antimalarials). AMR is a natural process that is fundamental to the survival and evolution of microbes, but it is exacerbated by the misuse and overuse of antimicrobial agents. Poor sanitation, inadequate infection control and inappropriate food handling are also major contributors.

The bulk of AMR is antibacterial resistance. What is particularly disturbing today is that many common bacterial infections are now resistant to several antibiotics. This includes pneumonia, urinary tract infections, gonorrhoea, tuberculosis and gastrointestinal diseases, such as typhoid.

The threat of AMR is now so severe that many fear it could soon wipe out many of the advances medicine has made over the last century. In 2014, the World Health Organization warned we could be moving to a situation where even minor injuries could cause life-threatening infections. Major surgery, diabetes management and treatment for cancer will also become highly risky without effective antibiotics, as will caesarean sections and IVF.

Those infected with a drug-resistant pathogen need many more tests, lengthier hospital stays and much more intensive care than those with non-resistant infections. They are also much more likely to have a poorer clinical outcome and die.

The AMR burden is likely to fall hardest on poor countries where antibiotics can be bought over the counter and healthcare is limited. These countries, which already have a high prevalence of infectious diseases, such as malaria, tuberculosis and HIV, are now having to cope with the added burden of COVID-19 significantly disrupting access to health services.

Critically, lockdown has reduced or suspended routine vaccination, which both the UN and the WHO fear could unleash a resurgence of preventable infectious diseases, such as diphtheria, measles and polio, once societies reopen. It has also interrupted the carefully monitored delivery of treatments for diseases such as tuberculosis and HIV, which are essential to controlling their spread and minimising the development of drug resistance.

COVID-19 has also led to large numbers of patients being hospitalised. Given that hospitals are an ideal environment for multidrug-resistant organisms to spread, this is inadvertently leading to an increase in antibiotic use. Together with the widespread use of biological agents for personal and environmental disinfection, this has set up the perfect conditions for accelerating AMR.

Until the 1990s many were optimistic that AMR could be solved by the judicious use of antibiotics and the development of new antibiotics. Since then, however, the number of new antibiotics being developed has rapidly declined and the pipeline of new drugs is now close to collapse. The only way forward is to slow down the problem by ramping up testing. As with COVID-19, the solution for AMR is “test, test, test”. However, testing for AMR is almost entirely missing.

No quick and reliable tests

Faced with a patient with a severe infection, many doctors are forced to prescribe an antibiotic without testing how susceptible or resistant the best-guessed condition is to the antibiotics they have prescribed. This is because there is a lack of quick, reliable and affordable diagnostic tests.

Most infections are diagnosed by sending a patient’s sample to a laboratory for it to be cultivated and tested against different antimicrobial drugs to see which one kills the microorganism. Depending on what microbe is involved, this process can be slow. Bacteria that cause tuberculosis, for example, can take 30 days to culture.

Over the last decade, several molecular techniques have emerged that have helped speed up diagnosis. Designed to identify a microorganism and resistance, these tests can detect the presence or absence of genes or gene mutations for resistance to antibiotics. The major downside of these tests is that they are usually only available in well-resourced hospitals, are expensive, and need specially trained staff to interpret the results.

Scientists at the University of Cambridge are developing a simple, cheap and portable AMR diagnostic kit, packaged into a portable hand-luggage-sized suitcase with a solar-panelled battery, that can be used anywhere in the world. It is modelled on a test for cholera being trialled in India and Malawi. One of the advantages with the test is that its results can be read easily off a molecular dipstick and so can directly guide clinical decision-making. With the help of a mobile phone app included in the package, the data would also help any connected centralised surveillance system to track the spread of AMR.

Unlike conventional testing, the Cambridge test can determine the antibiotics resistance profile of a sample without needing to identify the pathogen. It will also be highly dynamic and customisable because the dipstick probes can be quickly changed to detect a particular range of antibiotic-resistant genes found locally. These genes vary considerably by country and even by hospital. And they change over time.

Able to be deployed outside the hospital and in remote areas, the diagnostic kit would test a sample for AMR at a fraction of the cost of other molecular diagnostic instruments. Such a reduction in the cost of testing is crucial if the world is to move away from using broad-spectrum antibiotics and the over-prescription or futile use of these drugs.

Lara Marks has received funding from the Medical Research Council and from the Biotechnology and Medicine Education Trust, a UK registered charity, Registered Charity Number 1165469.