What racial discrimination does to young people’s wellbeing 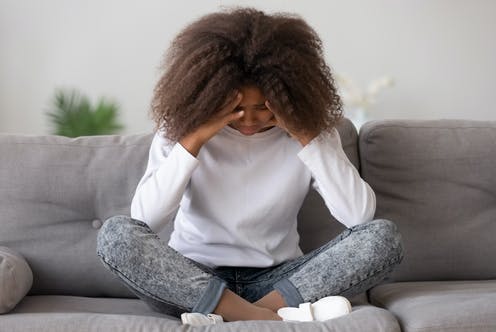 Discrimination against minority groups can be difficult to prove. Perpetrators are typically motivated to deny their prejudices, and are not always aware of their biases.

This makes it possible to suggest – as happened recently in the Dutch national parliament – that racism is virtually nonexistent, and that claims about discrimination are simply exaggerated.

These attitudes can lead to accusations that minorities “play the race card” or the “discrimination card”: that they see wrongful or unfair treatment where it doesn’t exist.

Such accusations suppose that minorities call out discrimination to their own advantage, and are too quick to ascribe something to discrimination when other factors were in fact the cause: that they use discrimination as a way to feel better about themselves. The overall result is that reports of discrimination are minimised or not taken seriously.

Our own research examined the psychological effects on young people of ethnic and religious minorities who perceived that they had faced discrimination. It provides evidence that pushes back against these claims. Overall, we found that these young people did not feel better about themselves when they believed negative experiences were the result of discrimination, and so would not be likely to exaggerate discrimination against them.

People can have a tendency to explain events in self-serving ways. Past research has used experiments to prove that people can feel temporarily better about themselves if they can attribute highly negative events to discrimination rather than to their own shortcomings.

Such experiments consist of two phases. Participants first experience the negative event – such as a failure on an important test – and next they are given the opportunity to attribute it to discrimination. Apparently, interpreting the event as discriminatory can then alleviate the participants’ resulting negative feelings about themselves.

However, this doesn’t mean that an interpretation in terms of discrimination is a positive thing. Although it can protect against self-blame in extreme situations – as found in the experiments – perceiving discrimination tends to have a negative impact on wellbeing overall.

We showed this in a study with children of non-western immigrant descent living in the Netherlands. For children, discrimination often takes the form of victimisation by their peers. We asked the 379 children in our study to do two things. First, to report how often they were the victims of name-calling, bullying and peer exclusion. And second, to tell us the extent to which each type of victimisation was based on their ethnicity – and so was discriminatory.

As the graph above shows, however, among all the victimised children, the ones who perceived the least discrimination were those with with the highest self-esteem. Those children also had the least emotional problems. Ultimately, it was psychologically harmful to perceive that their ethnicity was a reason to be victimised.

This study focused on individual experiences. However, we’ve also examined young people’s perceptions of discrimination against their group more generally. Cynics might still argue that young people could use this discrimination to their own advantage, while not experiencing it directly. They could refer to it to explain away negative situations in their own lives, leading to a higher sense of personal wellbeing. In short, they could “play the discrimination card”. However, our research suggests that this is not the case.

In one study we worked with Moroccan-Dutch adolescents. The 354 young people in this study were asked both about their personal experiences with discrimination and about the experience of Moroccans as a group.

Unlike the personal experiences, the group experiences were not related to lower self-esteem. However, respondents who perceived more discrimination against their group experienced more psychological problems such as fear and anxiety, both according to themselves and to their parents.

We conducted another study which looked at the relation between religious discrimination and self-esteem in Muslim students in Dutch Islamic schools. These children reported lower self-esteem if they perceived more discrimination against Muslim children, regardless of whether they or their peers were the victims.

Taken together, our findings clearly do not support the suggestion that young people in minority groups are motivated to exaggerate discrimination.
Both the perception that you are negatively treated because of your background – and the negative treatment itself – are psychologically damaging. Seeing others from the group you belong to being discriminated against can lead to fears, worries, and sometimes lower self-esteem. Young people’s reports of discrimination should be taken seriously.

Jochem Thijs has received funding from the Jacobs Foundation and has disclosed no relevant affiliations beyond his academic appointment..