The racism faced by teenagers in the UK: new research 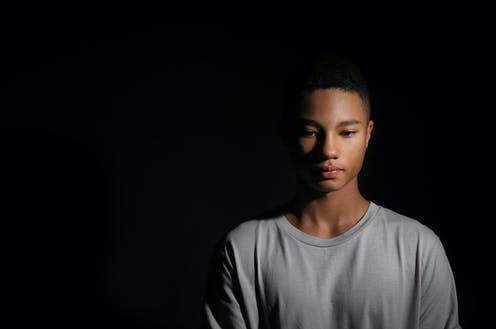 Thousands of people took part in Black Lives Matter protests in the UK in recent months, not just in solidarity with Black people in the US following the murder of George Floyd, but also standing against racism in the UK. However, some people in the UK may assume that racism is not as big an issue in Britain as it is in the US – my latest research suggests otherwise.

With a team of research assistants, we investigated teenagers’ personal experiences of victimisation and the effects this had on their health and wellbeing. The young people we worked with – who were all from the Midlands region of England – encountered racism and discrimination at school, on social media, and in their wider community. Our research findings show that racism sadly remains an issue for young people in British society.

The teenagers reported experiencing racism from both peers and teachers at school. For example, Muslim girls told us about their headscarves being pulled off by fellow pupils, and a teenager told us that he was kicked frequently when playing football at school and that he was a target for racial abuse.

They told us about the effects this had on their wellbeing: a pupil described her hair falling out because of the anxiety experienced from being a victim of racial abuse.

The young people said that schools did not adequately address racist bullying. They felt that some teachers favoured white students and did not fairly distribute punishment when racist incidents occurred. Some pupils moved school as a result of unresolved racial abuse.

Most teachers in the UK are white and the failings reported by the teenagers we heard from may stem from their teachers being inadequately trained on issues of racism and unaware of their white bias. Teachers from ethnic minority groups are unrepresented in our education system, especially in leadership positions. The lack of diversity in the teaching workforce – as well as failures in the curriculum – have been suggested as contributing factors to the underachievement of Black Caribbean pupils in schools. Young people in our study felt that schools did not teach about racism and associated issues enough.

The teenagers in our study reported that they had experienced racism in their wider community. They told us that friends with “foreign-sounding” surnames had struggled to gain part-time employment until they changed their surnames on application forms and got straight through to interview.

Other research has shown that minority ethnic people in the UK have to complete significantly more job applications than their white counterparts in order to get a job. Based on these findings, it is not a surprise that a Black person is more likely to be unemployed than a white person.

Young people in our study also talked about experiencing racism which ranged from verbal abuse to being chased and also physically attacked. Alarmingly, they mentioned weapons being carried and used in such confrontations. They also talked about noticing racist graffiti, including Nazi symbols on community buildings.

The teenagers in our study did not feel that the police did enough to combat racism. Our research was conducted 20 years after the inquiry report into the police response to the murder of Black teenager Stephen Lawrence. The report determined police practice in this case as institutionally racist and recommended measures to improve police practice. Nevertheless, the fact that Black people are far more likely to be stopped and searched than white people is evidence that racial bias continues in the police.

Young people in our research described seeing racism and discrimination in social media posts. For example, one college student talked about reading negative comments on a community Facebook page about “eastern Europeans” being “thieves”. Another talked about noticing racist posts from their relatives on Facebook. They felt that media platforms needed to do better at addressing racism, rather than making it worse.

It has been suggested by community members in Leicester that racist comments on social media have increased following the local lockdown imposed on the city. The rise in coronavirus cases in the city has been inappropriately blamed by some on the city’s ethnic minority population.

The young people in our study gave some suggestions for addressing racism, including the use of social media to educate on racism and better school education.

Better education is vital. The UK school curriculum doesn’t acknowledge the full impact of colonisation. This has been criticised by anti-racism campaigners. The campaign The Black Curriculum, for instance, calls for Black history to be included in the curriculum.

The accounts of the young people in our study suggest that significant change is still needed in the UK to address race inequality and racism.

Sarah Page does not work for, consult, own shares in or receive funding from any company or organization that would benefit from this article, and has disclosed no relevant affiliations beyond their academic appointment.