Russia and the Gulag: Putin is fighting for state control over how Soviet horrors are remembered 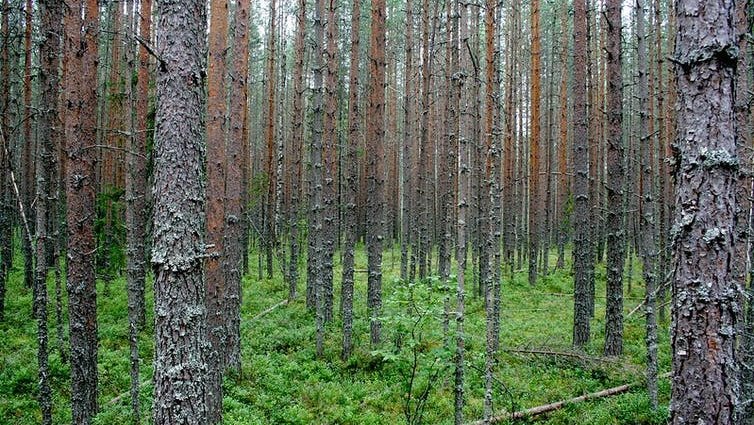 Army soldiers digging mass graves to try and show that the state wasn’t responsible for the dead. A historian who vehemently disagrees behind bars on charges that many believe are false. Organisations that support him being attacked by an omnipotent power. It might sound like some movie, but this is Russia in 2020. These are three snapshots of the war currently being fought over how the Gulag is remembered.

The Gulag was the system of Soviet concentration camps (also known as gulags) in which at least 20 million people were kept over more than six decades. More widely, Gulag identifies the different strands of Soviet repression, including the arrest, execution and forced exile of thousands of victims who were never imprisoned in the camps.

These painful memories have always been controversial – and often sabotaged by forces in Russia who would prefer them forgotten. Throughout the 1990s and 2000s, they were kept alive by non-governmental organisations (NGOs), civil associations and a handful of researchers without any support from the Russian state, often relying on grants from abroad. Much of this work was led by a society known as Memorial, headquartered in Moscow.

To mention only a few examples, Memorial painstakingly archived thousands of copies of state documents about the Gulag system that were made publicly available in the early 1990s after the fall of communism but then gradually restricted.

Meanwhile, the Perm-36 museum, based on a former gulag site near the city of Perm in central Russia, opened in 1995 thanks to a few activists from Memorial who decided to restore the ruins at their own expense. Two years later, two of Memorial’s regional leaders, Irina Flige and Veniamin Iofe, along with amateur historian Yuri Dmitriev, uncovered a mass grave of more than 7,000 victims of Stalinism at Sandormokh in Karelia, western Russia – one of very few graves ever found.

The 2010s have seen a dramatic change. In 2012, the state passed the so-called “law on foreign agents”, a new regime for every Russian NGO receiving funding from abroad and involved in “political activity”. They were forced into a register of “foreign agents”, subjected to special regulations, and heavily fined if found to be in breach. Most NGOs involved in preserving the memory of the Gulag were heavily affected, including Memorial and also the Sakharov Centre, also based in Moscow.

Several media outlets ran a smear campaign against these “foreign agents”, which resulted in attacks and threats against NGOs, researchers and activists. Memorial has subsequently been fined under the law more than 20 times. At the same time, monuments of Stalin have appeared in every corner of Russia, while the Perm-36 management was dismissed by by the authorities in 2014, and the museum was revamped to be less critical of the communist leader.

Yet the Russian government has also begun taking the memory of the Gulag seriously in positive ways. It opened a huge new state-of-the-art Museum of the History of the Gulag in Moscow in 2015. In 2017, President Putin and Patriarch Kirill of Moscow inaugurated a majestic monument to the victims of Soviet repressions, the “wall of sorrow”, while a “memory fund” devoted to the Gulag was also opened under the auspices of the president.

So the state had finally invested heavily to preserve the memory of the Gulag, yet the relevant NGOs were fighting for survival. Then in December 2016, Yuri Dmitriev, one of the discoverers of Sandormokh, was arrested on allegations of paedophilia.

Many activists and NGOs insisted the charges were false, and several experts confirmed Dmitriev’s innocence during the trial. Dmitriev was acquitted in April 2018, but then arrested two months later on similar charges. He remains in prison, and a verdict is due in the coming days. He faces 15 years in a strict penal colony – nearly a death sentence for a 64-year-old. Dozens of open letters from intellectuals, activists and academics in Russia and abroad to ask for his liberation have not had any effect.

In the midst of this, the state-funded Russian Military History Society was allowed to send army soldiers to excavate the mass graves of Sandormokh and exhume some bodies. This sought to prove that the dead were not Gulag victims, but Red Army soldiers murdered by the Finnish army – a theory deemed historically inaccurate by dozens of researchers.

How do we make sense of these contradictory events? The answer seems to be that, after ignoring the NGOs and researchers for two decades, some Russias institutions decided first to attack them, then to “invade” a space that is difficult to frame as part of a national discourse of pride in Russia’s great achievements.

The Gulag is a “tragic period in our history” which “must be remembered” – as Putin himself said during the opening of the wall of sorrow. However, he added: “This does not mean settling scores. We cannot push society to a dangerous line of confrontation yet again. Now, it is important for all of us to build on the values of trust and stability.”

It seems that those against the broadly positive state narrative of Russian history are enemies of “trust and stability”. Dmitriev promotes the idea of “a state for the individual, and not the individual for the state”. Memorial has published a list of perpetrators of the Gulag horrors and asked for justice for their victims.

Ever since the fall of the Soviet Union, a memory war has been raging in Russia. NGOs, researchers and activists keep working indefatigably to preserve an independent memory of the Gulag. Meanwhile, the state wants to control it. In the middle of the coronavirus pandemic, plaques memorialising the victims of the Katyn massacre of Polish prisoners of war in 1940 have been removed from Moscow.

Yet the memory of the Gulag is as active as ever. This is partly thanks to state-funded initiatives. The Museum of the History of the Gulag, for instance, has promoted dozens of projects, exhibitions and public talks. And paradoxically, thanks to the Dmitriev case, the Gulag has become one of the most pressing topics in Russian culture today.

Andrea Gullotta does not work for, consult, own shares in or receive funding from any company or organisation that would benefit from this article, and has disclosed no relevant affiliations beyond their academic appointment.