Mutating coronavirus: what it means for all of us 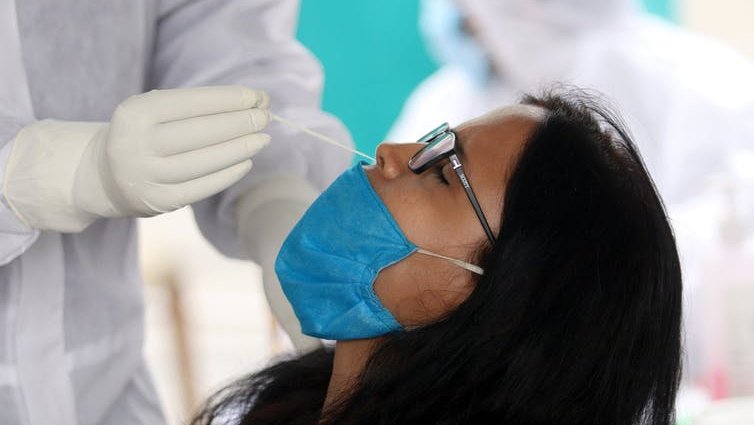 An important milestone in the fight against COVID-19 came in early January 2020, when the entire viral genome of the novel coronavirus that causes the disease
was sequenced for the first time. Since then, the full coronavirus genome, taken from thousands of infected patients around the globe, has been sequenced.

This vast bank of genome sequences is an important resource. Particularly as viruses such as coronavirus have a high mutation rate, with the genome sequence varying up to 0.02%. This may sound low, but considering the human genome varies by only 0.001% between individuals, it’s clear the virus mutates much faster than we do and can quickly evolve.

Sequencing the coronavirus at different points in time can tell us how it is adapting and can indicate the direction it is likely to take.

In a recent study, the London School of Hygiene and Tropical Medicine (LSHTM) analysed the viral genome sequences isolated from over 5,000 COVID-19 patients around the world. So what does this analysis of genome variations tell us? What implications does it have for vaccines, treatments and testing? And what does it tell us about the future direction of this destructive pathogen?

All viral vaccines contain material that resembles the virus they are trying to protect against. This fools the immune system into mounting a response and producing antibodies ready to be used should it ever encounter the real thing. In the case of the coronavirus, the immune system produces antibodies that target the spike protein – the part of the virus that is used to invade our cells.

One concern is that the virus will mutate to form “escape mutants”. These are mutated versions of the virus that the vaccine-induced antibodies won’t recognise. We see this with other viruses, such as influenza. The flu vaccine has to be altered each year to counter changes to circulating strains.

Luckily, the novel coronavirus has a lower mutation rate than influenza. And while the LSTHM study identified changes in the S gene (the gene that makes the spike) of the various virus strains, mutations in this gene were comparatively rare. Mutations in the epitope regions (the sites in the spike protein the antibodies attach to) were also infrequent.

Initial searches for an effective treatment have focused on existing drugs, as seen in recent reports of the success of dexamethasone. While this drug prevents a hyperactive immune reaction to the virus, other promising drugs, such as remdesivir, directly target the virus itself. Remdesivir specifically targets the enzyme the virus needs to replicate.

Previous studies found two mutations in the enzyme gene that confer resistance to remdesivir, but the LSHTM study didn’t find many instances of these mutations. Wide use of the drug, however, will put selective pressure on the virus (environmental factors that contribute to evolutionary change), so monitoring these mutations will be important.

To diagnose a current infection, diagnostic tests look for certain genes from the virus. The accuracy of these tests depends on the target areas of the genome being as expected.

The first published diagnostic method, released shortly after the first viral genome was sequenced, screened for more than one viral gene considered to be “well conserved” across viral strains. (Well-conserved genes are important for the virus to function and so tend not to change as the organism evolves.) Most diagnostic tests since have continued to screen for two or more coronavirus genes, although the genes they test for often vary.

The authors of the LSHTM study looked for variations in regions of the genome screened for in common diagnostic tests and found several mutations that could result in “false negatives”, where a person has the disease but the test says they don’t. These mutations had a strong geographical distribution, so clinical scientists need to be aware of locally circulating strains when considering which tests to use.

Similarly, once restrictions on international travel are relaxed, scientists will need to be wary of possible false negatives among imported cases of the disease.

Some viruses that cross the species barrier into humans are ill-equipped to replicate in their human host and fail to sustain a presence in the human population. However, the coronavirus has already achieved sustained human-to-human transmission, but will this presence be maintained? And if so, will the virus evolve to become more or less lethal?

To identify which mutations may help the virus survive, the authors of the LSHTM study set out to identify “convergent mutations” – mutations that occurred in different parts of the world and at a higher than random rate, suggesting that these mutations benefit the survival of the virus.

Although scientists have analysed many genomes, the study of the genome-disease relationship is still a work in progress. Unfortunately, there is a bias in the database of genome sequences because samples from patients with more severe symptoms are more likely to be sequenced, making it difficult to associate particular mutations to how severe the disease is.

Of course, disease outcomes are affected by other factors, too, such as how old or sick the host is. The effect of interventions also has to be considered. Until a large dataset of genome data from mild or non-symptomatic patients from a diverse population is available, it will be difficult to deduce how the convergent mutations identified translate to severity of disease.