Lockdown ‘funnelling’: how the pandemic has changed our relationships 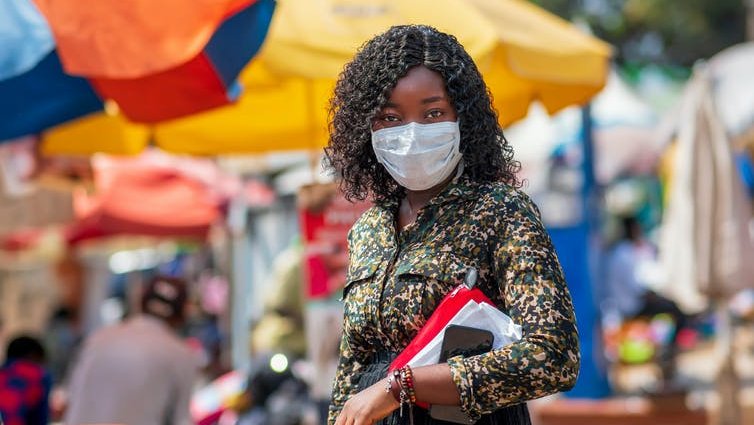 The coronavirus lockdown has been a unique social experience that has had significant effects on our social relationships. Some have been strengthened while others have come under severe strain. Many people have found themselves confined for prolonged periods of time with other people and have come into conflict with each other. Others have experienced lockdown alone, resulting in profound social isolation. Some of our everyday interactions have intensified and others have not been possible at all.

And because our relationships are such an important part of ourselves, it is essential to understand how these extreme conditions may have changed them – not just in the short term but potentially also in the months and years ahead.

According to a recent survey by insurance company Aviva, the number of adults aged 25 to 34 who wish to end their relationship has tripled from 2% in December 2019 to 7% in May 2020.

And the preliminary results of a large-scale survey, conducted in France during a highly restrictive lockdown, revealed how lockdown has had a “funnelling effect” on relationships. Some contacts were prioritised and strengthened through care, support and increased communication, while other connections have fizzled out or been damaged.

Although the sample was skewed towards women and the more educated, the survey’s 16,000 respondents provide a fascinating insight into how a significant proportion of the French population experienced the lockdown.

Respondents perceived confinement as having severely tested and sometimes transformed personal relationships. Although the lockdown was short in the grand scale of a lifetime, the reported “radical” changes in relationships during this period indicate that, for some, long-term alterations to their social ties may have occurred. New friendships have been formed and contact with others lost.

Many people turned first and foremost to family or close friends, caring about their health and wellbeing. They offered emotional support, sometimes providing material and practical help and benefited from the same support in return.

Interestingly, age and gender emerge as especially significant factors in how people are managing their relationships. Women appear to be the communicators during the lockdown and play the main role in maintaining social ties. In particular, women living in couples largely undertake the caring relationships for family or vulnerable friends. They were also more likely to report that they found the lockdown to be a stressful period.

Older men in the more affluent groups reported that the lockdown had been a period of calm when they could relax a bit more and enjoy spending time at home. Nonetheless, in general, it was male respondents who were more likely to report that their relationships with their partner had deteriorated during the lockdown.

Age and family life stage were also significant factors. People with young children tended to have increased levels of communication with their parents as sources of mutual support, advice and care. Young adults without caring responsibilities tended to communicate more with friends, rather than their relatives.

In general, young adults who were usually quite sociable and accustomed to frequently going out found the lockdown difficult but compensated by engaging more in online activities. Students especially experienced relational instability, often reporting the loss of contacts, unable to maintain their generally larger social networks.

For the older generation (+60yrs), results reveal the majority (59%) neither lost nor made new contacts. Among respondents in this age category, those who did create new relationships, 72% of them were with neighbours. However, this again seemed to be more apparent among female respondents.

Overall, the results of the French survey suggest that lockdown has reinforced strong ties such as family and close friends, but left other relationships sidelined and sifted out, such as colleagues or friends from group activities.

Studying these changing roles and relationships during the pandemic enables us to understand which kinds of social connections are prioritised during times of severe crisis.

We are keen to understand if people in the UK have reacted in similar ways so we’re running another online survey, asking people to tell us about their personal experiences and social relationships. The survey is open to adults living in the UK and will run until August 15. Anyone interested in taking part can click here.

Emilie Vrain has received funding from the European Research Council and Defra.

Michel Grossetti does not work for, consult, own shares in or receive funding from any company or organisation that would benefit from this article, and has disclosed no relevant affiliations beyond their academic appointment.

2020-07-03
Previous Post: If health equals happiness, will coronavirus make the world an unhappier place?
Next Post: Coronavirus recovery: why local markets are key to reviving our locked down town centres