How young black people in care made their voices heard 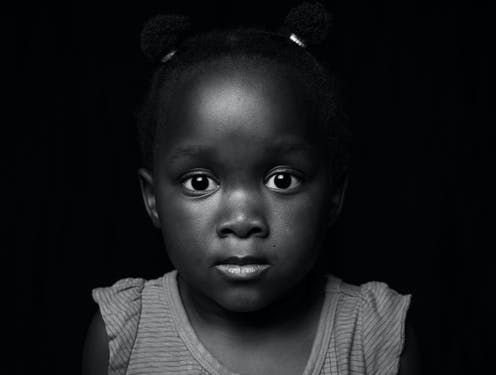 The rediscovery of the UK’s black histories is long overdue. This includes the lives of young black people in care. Their story reflects the historical struggles of other black groups in making themselves heard – a struggle which underlies the current Black Lives Matter protests.

My research has examined how black lives in care became visible, as part of a wider history of the rights movement of young people in care in England from 1973 to 2010.

Before 1980, the experiences of black children in care were hidden from history. There was no official data collected by local authorities or government, no research into their experiences and little recognition of their culture and heritage.

From then onwards, black young people came together with other young people to talk about their lives, raise awareness and campaign to challenge the “colour prejudice” they encountered.

In 1982 the House of Commons set up an Inquiry into Children in Care in response to serious concerns about how they came into care and were looked after. NAYPIC presented wide-ranging evidence, including proposals on “Race and Care”. The voices of black young people were being heard by Parliament for the very first time. Parliament was told that:

Theirs were not the only black voices. The evidence of the Association of Black Social Workers and Allied Professions emphasised the ongoing impact of colonialism, something which is once again being highlighted by the Black Lives Matter protests:

The most valuable resource of any ethnic group is its children. Nevertheless black children are being taken from black families by the process of the law and being placed in white families. It is in essence “internal colonialism” and a new form of the slave trade, but only black children are used.

Evidence presented to the 1982 Inquiry included two surveys which showed for the first time that children from Afro-Caribbean backgrounds were significantly overrepresented in care, and children of mixed heritage alarmingly so. This highlighted social services’ failure to engage with black families. The evidence included the statement that:

Child care officers were known in the West Indian community as ‘Farewell Workers’, as once they became involved in a family it was ‘farewell’ to the children.

In 1984, NAYPIC collaborated with the Children’s Legal Centre to organise a national conference for black young people and black social workers, to find out more about their lives in children’s homes and foster care, and after leaving care. A Black and In Care steering group was set up to organise the event. But they were met with a storm of hostility from much of the media for only inviting black young people and workers:

We were called black racists, black activist guerrillas and Trotskyites … but we didn’t want young people to be inhibited from having their say in front of white social workers and carers.

The conference saw black young people talking freely about their lives, some for the first time since entering care, and about a white care system that often failed them. These failures included neglect of their culture and heritage and ignorance about their diet, health, hair and skin care.

They reported a lack of black and minority ethnic social workers, foster carers and workers in children’s homes. Care workers failed to combat racism within care, ignored the identity issues for young people of mixed parentage, and had little understanding of the problems faced by young people brought up “white” returning to their black families and communities.

By 1986, the struggles of young black people and black workers had laid the foundation stones for changes in law, policy and practice. These included, for the first time, a requirement under the Children Act 1989 that local authorities when making decisions in respect of children in care had to take into account “religious persuasion, racial origin, cultural and linguistic background”.

They also highlighted the importance of collecting official data and research on ethnicity, and for anti-racist policies and practices to address the range of issues voiced above by black young people.

These changes were a watershed, as they meant black children were no longer hidden from history. But echoes from the past still haunt the present. From the early 1980s, black and mixed heritage children have consistently been overrepresented in care.

After 40 years, it is surely time to face up to the research evidence on inequality and structural racism. Firstly, children coming into care often come from poverty. Secondly, black children are greatly overrepresented in care because they are the most overrepresented ethnic group in the areas of highest poverty and deprivation.

We must address these structural issues to reduce rather than reinforce existing inequalities – inequalities which have an enormous impact on the life chances of black children and young people.

Mike Stein is a member of the Labour Party

2020-07-03
Previous Post: Digital homeschooling: we need to rethink our worries about children’s screen time
Next Post: Coronavirus scams: the science of how to spot and deal with nuisance callers