Forspoken review: I put a spell on you… and it’s fine 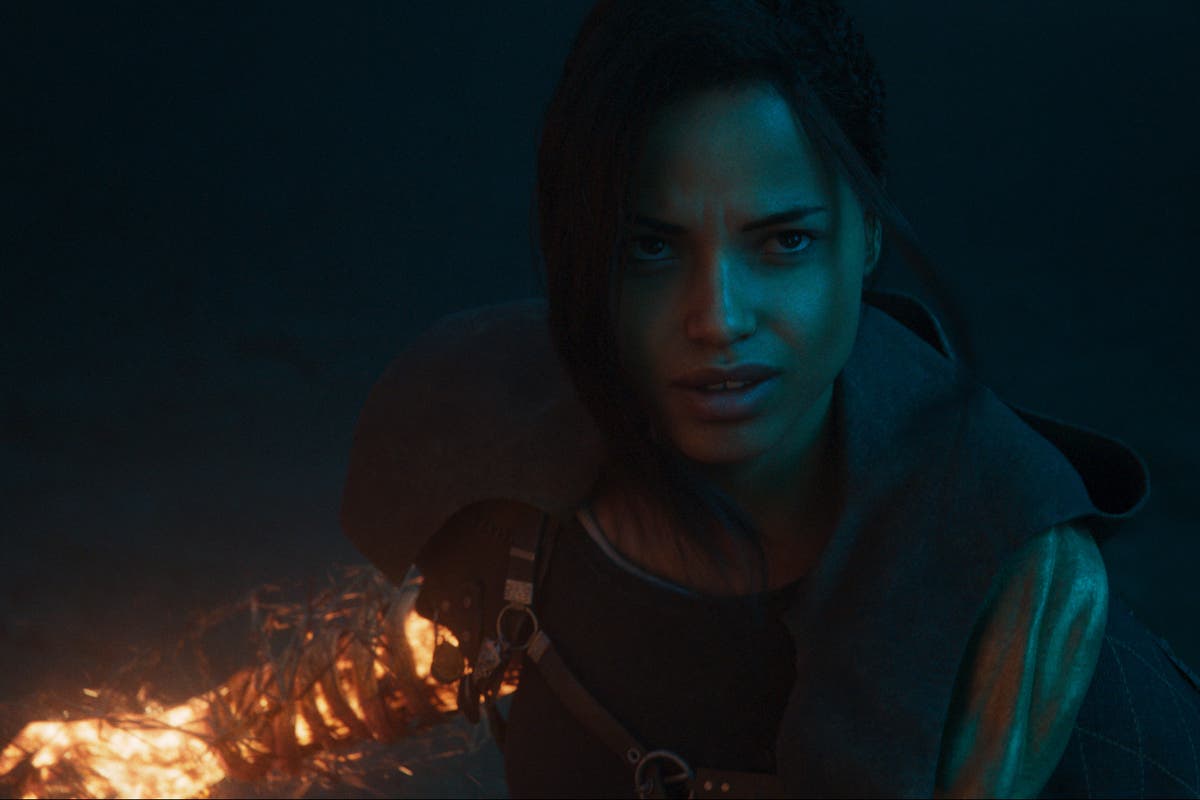 orspoken was one of my most anticipated releases of 2023. What’s not to like? A teenage girl from the modern-day gets sucked into a fantasy realm where she suddenly has magic, battles monsters galore and becomes a hero.

Unfortunately, the first few hours of gameplay (played on the PS5) brought my lofty hopes crashing back down to earth with a bump.

This is the first release from Square Enix’s subsidiary Luminous Productions, a studio populated by Final Fantasy XV devs who were put to work on Forspoken when XV was cancelled. The slightly chaotic nature of this transition shows, with some underbaked character development and a half-finished world that felt frustratingly empty.

There is a reason for the emptiness, at least — the Break, a blue, magical Instagram filter slapped over the game, has corrupted and twisted its inhabitants into monsters, or else made them flee. But when you arrive, it is jarring, as is the bizarre lack of meaningful side-quests and things to explore. And the plot? There isn’t much of one, beyond Frey’s desire to get back home.

We’re living in a gaming golden age, where gamers are used to running around huge maps with abandon and interacting with all sorts of locals; in this, we’re reduced to listening to Frey bicker and exchange quips with her golden bracelet for hours on end as you explore the corners of a world that just isn’t populated with much to do beyond smite baddies in exchange for rewards. And that’s before you get to the Locked Labyrinths — ie. mini-boss dungeons that feel disappointingly formulaic.

The positive side is how beautiful Athia is: the last human stronghold of Cipal (the only place sheltered from the Break), the forests of Junoon and the wide-open spaces of Visoria are gorgeous and full of collectable materials from which Frey can craft useful items (if the mood strikes you, she can also take photos). Also, a special mention must be given to Forspoken’s jazzy magical parkour mechanic: with it, Frey can leap and bound her way around the countryside faster than Ezio ever could – though, weirdly, not Cipal, the city.

In addition, the levelling up system and combat is fun. Due to her bond with the aforementioned magical bracelet (nicknamed ‘Cuff’), Frey can do magic, and she starts out with two or three earth-based major spells under her command — these can be upgraded through their skill trees, and players can unlock more attacks as Frey levels up. She also has some ‘support’ spells that do things like slow enemies down, the better to hit them with.

Over the course of the game, and as you defeat the Big Bads (which here take the form of corrupted magical goddesses called Tantas), she will gradually acquire an elemental wheel of fire, water and lightning spells to go alongside it that feel satisfyingly exhilarating and diverse to use (the spell-attack combos are excellent). This is especially true when pitted against the various resistances of the monsters she fights, which run the gamut from easier to tough as heck.

Forspoken would really be more enjoyable if Frey were a hero worth investing in — unfortunately, she’s not, really. We start the game with a bizarre half-hour intro where we’re introduced to a life that seems, in all honesty, rather miserable. Frey’s out of a job, barely out of prison and struggling to feed her cat — so why, when she gets to Athia (and is told that she’s the only one that can fix it), is she so desperate to make it back to Earth?

We never find out, and listening to her snark her way remorselessly through the game is, as it turns out, not a massively fun way of spending the 12-15 hour runtime. And due to Forspoken’s lack of interesting NPCs to interact with, there’s very little variety in who you get to talk to besides the ever-chipper Cuff.

None of this is a slight on actress Ella Balinska, who plays Frey with admirable conviction and enthusiasm, but on the devs, who maybe should have addressed more of these flaws after the disappointing demo was released. For players, who will need to shell out almost £60 to buy Forspoken, it’s frustrating: a missed opportunity for a game that could almost be great. For this one, it might be better to wait for the sale.

Forspoken is available to buy on PS5 and PC on Game and Amazon for £59.99

2023-01-25
Previous Post: Millions will get another Covid booster this winter – as deadline looms for under-50s to get final jab
Next Post: Forspoken review, 3*: I put a spell on you… and it’s fine