Twitter: how to remove Elon Musk and reinvent the company 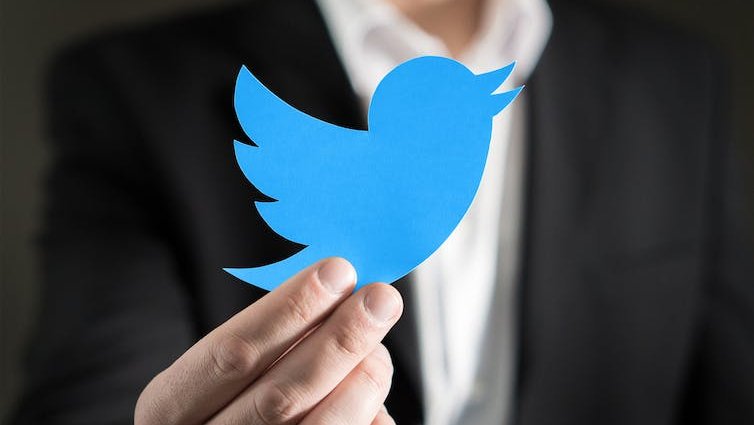 Ever since Elon Musk took Twitter private for US$44 billion (£36 billion), the debate around the social media platform has been vitriolic. There has been considerable angst about the direction Musk has been taking the company and his potential backpedalling on initial promises about free speech.

Musk’s takeover appeared to do much financial damage to the company, with many advertisers walking away. Although Musk claims Twitter is no longer on the
“fast lane to bankruptcy”, I would argue that neither the former nor current ownership models look capable of making much money or benefiting society.

What follows is a proposal that would make Twitter more financially sustainable and move it back towards open speech, within limits. It would remove many of the problems related to anonymous and bot accounts while allowing Musk to recoup at least a substantial amount of his investment.

I’m certainly not the first to suggest an alternative ownership model for social media companies. Back in 2017, the Financial Times columnist Andrew Hill suggested ownership by a cooperative of users. Twitter shareholders even voted on such a move at their annual meeting that year after it was tabled by tech activists James McRitchie and Steffen Sauerteig, though only those holding 5% of the shares were in favour.

The cooperative model certainly has attractions. Many large-scale cooperatives owned by users have operated successfully for decades, such as German food retailer REWE and Japanese insurer Nippon Life. Generally, however, cooperatives don’t appear to scale well outside certain industries and circumstances, and it is not clear the pure cooperative model is workable for a social media behemoth.

Instead, I’m proposing a hybrid of a cooperative and a public company for Twitter. Here is a ten-point plan:

Many specifics would need to be worked out, of course. This is a better method of validation and certification than simply paying for a blue tick, since one cannot remain anonymous to the organisation as an individual shareholder. It removes the threat of fake accounts, and gives users a formal say in company decisions. It brings Twitter back into public ownership, opening up its management and governance to scrutiny.

Users would be able to benefit financially and socially from the platform’s success. And it gives Musk a way to minimise his losses and exit Twitter easily and quickly.

Currently Twitter has approximately 250 million users. Supposing it was valued at US$30 per share, the approximate price before Musk launched his bid, users would receive a share of US$7.5 billion by being granted one share each. This would be added to the balance sheet as shareholders’ equity.

Supposing, on average, users bought an additional five shares at the IPO price, that too would be booked as shareholders’ equity, as well as giving the company US$37.5 billion in cash. This may overestimate the level of buy-in, but it gives a working example of how it could play out.

Musk’s personal exposure at the time of the takeover was approximately US$25 billion, with major banks lending him another US$13 billion and wealthy investors like Oracle founder Larry Ellison and Saudi prince Alwaleed bin Talal buying stakes worth about US$7 billion.

It is hard to imagine this group recouping their entire US$44 billion, since much of the cash raised through this IPO would be needed for operations. But this is more about minimising losses than maximising gains. Also there is the the massive reduction in Musk’s wealth in the last year to consider – much of it from his other companies falling in value because investors were worried about the Twitter distraction. The prospect of Musk exiting Twitter to revive the fortunes of these other endeavours might sufficiently motivate him to accept a deal that minimises his losses.

So, Twitter is not a lost cause. With some ingenuity it could become the public forum we need. In the words of founder Jack Dorsey: “It’s critical that the people have tools to resist [government and corporate control], and that those tools are ultimately owned by the people.”

Timothy Devinney does not work for, consult, own shares in or receive funding from any company or organisation that would benefit from this article, and has disclosed no relevant affiliations beyond their academic appointment.