Twixmas movies: From Avatar to Bones and All, the best films to see at the cinema over the Christmas break 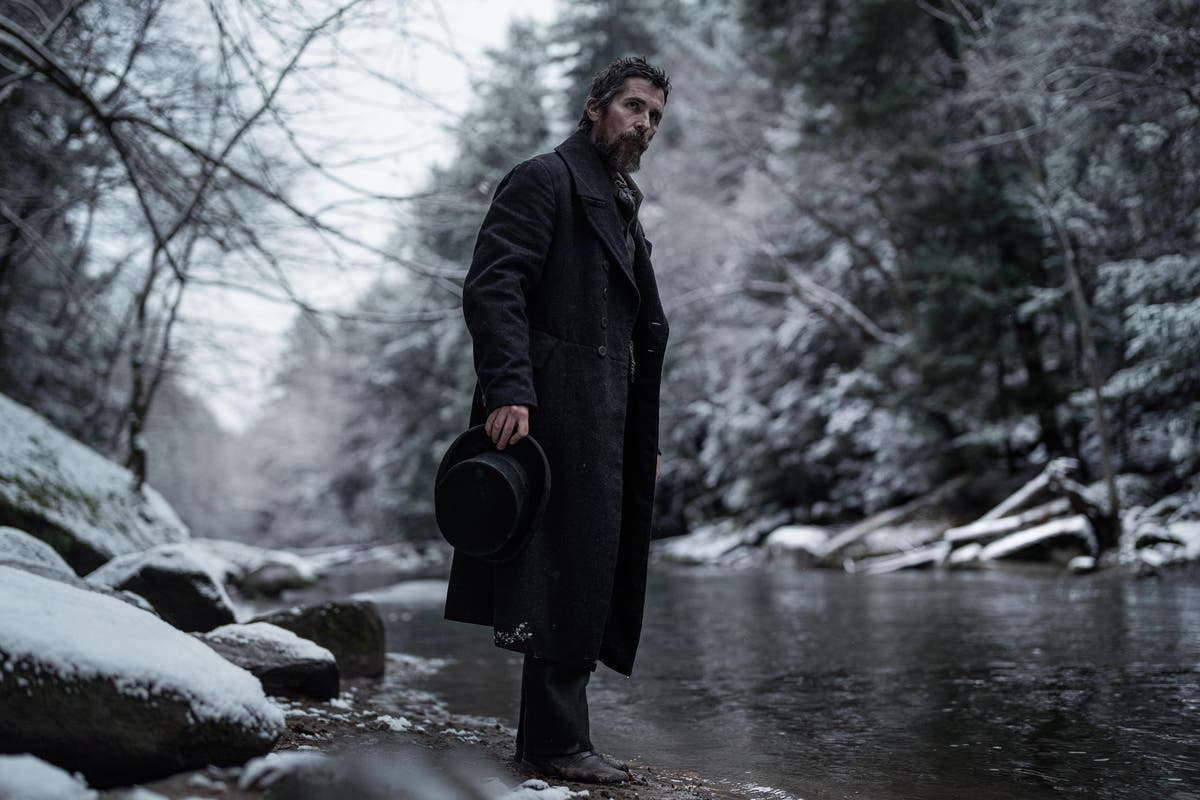 or those wanting to leave their telly this holiday season and venture out to catch the latest films, there are loads of exciting new movies showing London’s cinemas over the Christmas break. Here’s our breakdown of the best films to watch.

Avatar: The Way of Water

Hardly needing an introduction, the 13-years-later Avatar sequel has already raked in a whopping $609 million since its release a week ago. Described by The Standard as having “breathtaking effects” and being “a love song to coral reefs” but described by another UK newspaper as “a lumbering three-hour slog”, the film is reportedly exactly as was expected. That is, it’s a long, visually incredible, slightly loose on the plot return to Pandora, where Jake Sully (Sam Worthington) and Neytiri (Zoe Saldaña) now have a family.

In all major cinemas

I Wanna Dance With Somebody

This new Whitney Houston biopic, starring Naomi Ackie as the extraordinary singer, has been backed by Houston’s estate, meaning that that the new production is jammed full with her mega-hits. Tracking Houston’s life as she went from a tomboy in New Jersey to global superstar, the film, as the Standard put it, “is neither a lurid tour of Houston’s ‘drug hell’ nor an attempt to put the singer’s prettiest face forward”. It is by award-winning writer Anthony McCarten, who also penned The Theory of Everything, Darkest Hour, Bohemian Rhapsody and The Two Popes.

Odeon and Vue cinemas, from December 26

Yes, The Pale Blue Eye is being released on Netflix as well as in some cinemas, but the point is that you’re leaving the house, correct? A historical thriller set in the 1830s starring Christian Bale as Detective Augustus Landor and Harry Melling as Edgar Allan Poe, the film follows the duo as they try and investigate a series of murders at West Point. The Pale Blue Eye has been getting mixed reviews, but with most critics enjoying the gothic flourishes. “An entertaining piece of counter-factual noir,” said one UK newspaper. Charlotte Gainsbourg, Toby Jones, Lucy Boynton, Gillian Anderson, Robert Duvall and Timothy Spall also star.

In this thrilling love story, Timothée Chalamet is reunited with Luca Guadagnino, the director who launched his career with Call Me By Your Name. This time, it’s about the relationship between two cannibals (Chalamet plays Lee, while Taylor Russell plays Maren) who go on a road trip together and start falling for each other. It’s obviously not everyone’s cup of tea but critics have nearly universally loved it. The Standard called it “sickeningly brilliant”, saying “explores a beautifully toxic kind of hunger and, in the process, rewrites Godard’s formula for great cinema”.

A thriller about a psychotic chef at a high-end restaurant is an excellent premise. Then when its director, co-writer and producer have all worked for Succession, and it stars Ralph Fiennes as the devious chef Slowik and Anya Taylor-Joy and Nicholas Hoult as unsuspecting customers, the scene is set for a satisfying dish. Like so many films and shows coming out at the moment, it takes aim at the elitist and wealthy, this time with a murderous twist.

We seem to be living during a time of female-led period dramas, which is not such a bad thing. In this one, Empress Elizabeth of Austria, who died at the end of the 19th Century, is the focus of attention. She was also recently serialised in the Netflix series The Empress, but this German-language rendition looks much better. Vicky Krieps, who starred in 2017’s Phantom Thread, plays the bored royal, and she is joined by a nearly all-German cast. One UK newspaper described it as “an austere and angular picture. Krieps gives an exhilaratingly fierce, uningratiating performance” while another said: “The mood is like a violin string being tuned to the brink of snapping.” And indeed, the trailer alone looks fantastic.

A comedy film for our doom-filled times, Noah Baumbach’s absurdist drama White Noise is based on the 1985 cult novel by Don DeLillo. It stars Baumbach’s wife, fellow director and actor Greta Gerwig and Adam Driver (who also starred in Baumbach’s critically-acclaimed Marriage Story) as a husband and wife in suburban America who have to evacuate their family when there is a chemical leak – but it’s still all zany and jolly. “The takeaway from White Noise is: ‘Oh, we’re so doomed. Let’s dance!’,” said The Standard.

It was a big year for Pinocchio for some reason: a Disney live-action remake starring Tom Hanks and a 3D animation from Lionsgate made it to the screen, as well as Guillermo del Toro’s own reimagining of the classic fairy tale. But, as could have been predicted from the Oscar-winning director of The Shape of Water, Del Toro’s version stood out from the crowd. Pinocchio stays wooden throughout; the film is set against the backdrop of rising fascism in Europe and has been made using stop-motion (Del Toro worked with Mark Gustafson, the animation director for Wes Anderson’s Fantastic Mr. Fox). Reviewers loved it, with Time magazine describing it as “just strange enough” and The Independent calling it, “the most beautiful stop-motion animation film in years”.

Described by The Guardian as “seductive” and “multilayered”, Decision to Leave is about a detective who falls in love with one of his suspects. So while the movie is billed as a thriller, the mystery element of the plot quickly takes a backseat to the love story between Song Seo-rae (Tang Wei) and Detective Jang Hae-jun (Park Hae-il). Of course, the elegant film has some weird elements, like all of Park Chan-wook’s films, but Decision to Leave goes nowhere near the narrative extremes of some of his other work, such as cult classic Oldboy.

All Quiet On The Western Front

This Netflix film is based on the 1928 novel by German Erich Maria Remarque and tells the story of young German man Paul Bäumer who, along with his friends, is enthusiastic to sign up to take part in the 1917 war effort. But once he is exposed to the atrocities of the conflict he is changed forever. The film stars Daniel Brühl alongside less well-known German and Austrian actors (to British audiences) including Felix Kammerer, Albrecht Schuch and Devid Striesow. It was shortlisted as Germany’s entry to the 2023 Oscars.

Written and directed by Charlotte Wells, this film stars Normal People heartthrob Paul Mescal as Calum, and Frankie Corio as his 11-year-old daughter Sophie. They are on holiday at a Turkish resort on the eve of Calum’s 31st birthday and it’s the Nineties.

The film, which is from super producer A24 (who also brought audiences humdingers such as Moonlight and Uncut Gems) has garnered near-universal praise, with one British newspaper saying “Wells’s movie ripples and shimmers like a swimming pool of mystery” and The Standard calling it “astonishingly beautiful”. The film has been nominated for 84 awards and won 30, including the French Touch Prize of the Jury at Cannes, and Best British Independent Film and Best Director at the British Independent Film Awards.

Living is an adaptation of Akira Kurosawa’s drama 1952 Ikiru, about an office worker who learns he has a terminal illness and starts to reflect on his life. With a screenplay by Kazuo Ishiguro, and starring Bill Nighy it’s no wonder that the reviews have been near-wholly glowing. The New York Times said: “It’s not a holiday movie, at least not explicitly, but like A Christmas Carol and other Yuletide ghost stories, it’s a film that steps back to consider the rituals and routines we perpetuate, the ways we’ve changed since the last break. And the ways we haven’t.”

The latest film from Ruben Östlund won the Palme d’Or at Cannes. It stars upcoming British actor Harris Dickinson alongside the late model Charlbi Dean as couple Carl and Yaya who end up on a luxury yacht alongside Russian oligarchs, arms dealers and other elites. The Standard called it a “nasty hoot” and “relentlessly funny” despite the film’s many ideas always “always aiming below the belt”. If in The Square Östlund took on the art world, in Triangle of Sadness, he takes on the rich – and judging by the trailer things get gross pretty quickly.

This film about the journalists who broke the Weinstein story was a flop when it first opened at the end of November, despite starring Zoe Kazan and Carey Mulligan as Jodi Kantor and Megan Twohey (the film is based on their best-selling book) and being directed by award-winning filmmaker Maria Schrader. Perhaps there just wasn’t the appetite out there for more Weinstein. Reviewers said that the film was made without any sensationalisation: “It’s not smug or preachy and gives space to the non-glamorous figures, many of them men, who helped Twohey and Kantor in their quest,” said The Standard.