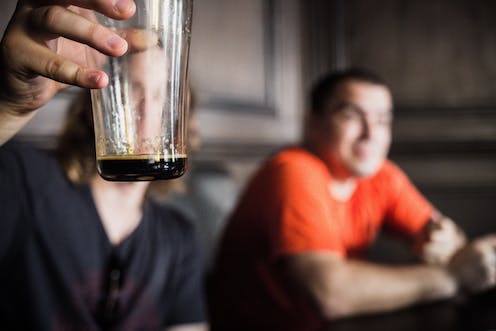 A licensed venue closed every hour in Britain during the third quarter of 2022 and the nation’s pubs are “vanishing” at an alarming rate. Such troubles show no signs of easing, with hopsitality industry bodies warning more than one-third of the sector is at risk of failure in early 2023 due to the rising cost of doing business.

After surviving COVID (many of them barely), UK hospitality businesses are now facing soaring energy bills. Celebrity chef Tom Kerridge recently revealed that electricity costs for his gastropub in Buckinghamshire have risen by 600% this year. Food and drinks businesses are also dealing with difficulties finding staff and an unstable political environment that is not prioritising small business support.

On the other side of the bar, customer numbers and spending power are in freefall due to the cost of living crisis. Consumer confidence is at a record low at a particularly difficult time for the hospitality business – the month of December often brings in three times as much trade as a normal month. Hospitality bosses are also concerned that upcoming transport strikes could add to their woes if Christmas parties are cancelled. The industry believes strike action in December 2022 alone could cost the trade £1.5 billion in sales.

Smaller, independent or family-run hospitality businesses are particularly exposed to such pressures. But breweries are struggling with similar problems. This is already an energy-intensive industry, making power price rises even more painful. Supply issues have also caused the price of carbon dioxide used in the brewing process to rise tenfold between this year and last. When combined with cashflow problems stemming from pandemic-era lockdowns, this has resulted in nearly 50 brewery closures so far in 2022, with more expected in the coming months.

This state of affairs is not just affecting badly run pubs or independent businesses – all pubs are at risk. The Five Bells Inn in Devon, a highly regarded gastropub, has recently announced its closure due to “lockdowns and the economic downturns they caused”. Nationwide pub chain Wetherspoons hasn’t escaped these pressures either, recently putting 32 pubs up for sale.

When local pubs and breweries close it’s not just a pub that is lost, it’s often a community hub, particularly in rural areas where hospitality businesses might be the lone employers and are often a significant part of local supply chains. In Britain especially, losing a pub – not to mention losses in the thriving beer and brewing culture – can extinguish a part of the local heritage and culture, and a key element of the tourism and visitor economy.

Pubs are trying to adapt to survive in this increasingly difficult environment. Some are trying “dining in the dark” events during which venues turn out the lights and operate by candlelight. Others have launched work from pub packages designed to entice people to “work from home” at their local rather than their kitchen table. With these initiatives, businesses are trying to attract new customers or even just offer something different to entice cash-strapped regulars.

Some publicans are also cutting down the space they use or even moving to smaller venues in response to higher costs, while others are reducing the variety of drinks they offer. But these efforts won’t be enough to save many pubs with spiralling costs driving the average price of a pint of beer to £7 in some cities. This is likely to make a pint unaffordable for people that are already tightening their belts ahead of a difficult winter.

So what can be done to help brewers and pubs survive the difficult upcoming months? The industry has called for more government support in the form of statutory rent codes that provide the right to a rent review, a freeze on beer duty, reduced VAT and tailored support packages for costs such as energy.

Sadly the recent autumn budget statement from the government included little help for pubs and breweries, aside from business rates support. It was received with disappointment across the industry and led to protests in the days after the UK’s chancellor of the exchequer, Jeremy Hunt, announced the details.

In times of greater economic prosperity people could be encouraged to “use it or lose it” with regard to their local pubs and breweries. But consumers have lost a lot of spending power in recent months, as shown by a 7.1% fall in hospitality sales in October. Similarly, Christmas bookings for pubs have dropped by 20%.

For those consumers who do have money to spend on hospitality, no matter how little, thinking carefully about where to spend it could mean the difference between a pub or brewery surviving this winter. Choosing a local pub, an independent that may be struggling to survive, or ordering beer from a local brewery could ensure that business is still there the next time you go for drinks.

A Campaign for Pubs petition has also been set up by industry groups including the British Pub Confederation. And another hospitality organisation, the Campaign for Real Ale (CAMRA), has suggested helping to save local pubs at risk of closure through community ownership or by nominating them as an “Asset of Community Value”. The latter means that, if put up for sale, locals have six weeks to delay the sale for up to six months to get time to put together a bid to buy it and keep it open to serve the community.

The UK hospitality industry is warning of a “tidal wave of closures”. Without more help, many of Britain’s pubs and breweries could disappear for good.