Autumn statement 2022: this budget may not cause Truss-level chaos but it could still provoke markets 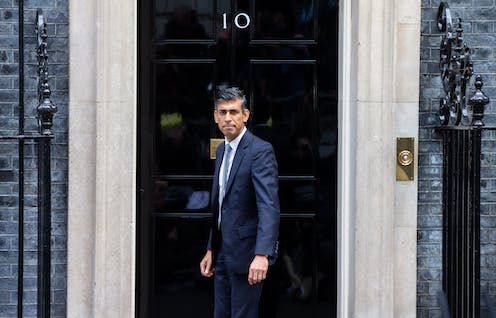 Liz Truss’s short-lived government presided over an even shorter-lived economic experiment in “Trussonomics”. As investors responded to September’s mini-budget by demanding higher interest premiums to purchase UK debt, the government was unable to execute its plans. Truss was reduced to a helpless bystander as her new chancellor, Jeremy Hunt, started dismantling her economic plans before she even left office.

When Conservative MPs installed Rishi Sunak as her successor, many hoped he could build on Hunt’s apparent success in starting to quell adverse financial market sentiment. He had, after all, spent all summer foretelling the dangers that Truss’s financial plans posed to the British economy.

Purely in terms of being seen to give markets what they want, initial signs looked positive for Sunak. By the time he became Conservative party leader on October 24, the yields on 30-year gilts had already returned to their pre-Truss levels, where they have subsequently remained.

Addressing journalists en route to the G20 summit in Indonesia less than three weeks later, he celebrated his and Hunt’s success in ridding financial markets of their most extreme anxieties about the UK. During the summit he went further to claim that the damage to the economy had already been repaired. He attributed this to tens of billions of pounds of cuts to the UK’s public services being anticipated by financial markets ahead of the government’s Autumn statement.

Hunt’s budget announcement on November 17 is expected to deliver these widely-trailed reductions in public spending. The government clearly hopes that this will mark a decisive return to “normality”. However, it is too soon to declare Sunak home and dry – even if he can persuade Conservative MPs to vote for taxing people more for increasingly diminished public services.

A history of market reactions

The story of brutally effective financial markets disciplining errant governments has been repeated many times since the most recent wave of globalisation began in the 1990s. Markets often push up interest rates on national debt if they doubt a government’s commitment to fiscal sustainability. They might even hold an effective veto on the government’s policy choices, forcing interest premiums to heights where further borrowing becomes prohibitively expensive. In this respect, the Truss government might be seen as merely the latest in a long list of those whose hubris resulted in a humiliating climbdown.

Academics have traditionally assumed, though, that this is a specific problem for social democrats. The literature often depicts financial markets’ in-built distrust of the political priorities of centre-left governments, causing them to demand more compensation for funding government debt.

For example, the Labour government of Harold Wilson won two UK general elections in 1974 on a platform of carefully rebuilding public services whose funding had been undermined by a previous interest rate hike. The Socialist government of François Mitterrand came to power in France in 1981 having pledged to use nationalisation to guarantee a plentiful supply of jobs as the private sector faltered under pressure from high interest rates. Both, though, were required to reverse course two years into their term of office to try to suppress subsequent market disquiet at their alleged political overreach.

By contrast, Truss campaigned for the Conservative Party leadership by promising to be the most pro-market British prime minister ever. Unlike Wilson and Mitterrand, she did not spook market sentiment with the scale of the tax rises needed to finance greater public spending. The root of her problem was the inflationary effect of the budgetary black hole created by surprise unfunded tax cuts for the richest. This giveaway was widely believed to be the opposite of what the British economy actually needed.

Borrowing costs were already high because of the inflationary effects of unwinding COVID emergency programmes and Russia’s invasion of Ukraine. These effects might have been mitigated by borrowing to invest directly in rejuvenating the British economy. For example, paying for more NHS staff to tackle long-term health problems that deplete the workforce, or investing in future skills levels by increasing spending on education. But Truss and Kwarteng wanted to borrow from financial markets simply to give that money away in tax cuts. So, financial markets said “no” when they might have said “yes” to the same level of borrowing for different purposes.

As for Sunak and Hunt, they have staked everything on persuading investors that they can force the economy to abide by fiscal rules of their own design. It is a self-imposed constraint to act as if debt must start to fall as a proportion of GDP within three years. There is no evidence that investors also believe such a rule. They do take notice, however, when output is artificially suppressed, which is what the upcoming spending cuts could do.

It will take time to see if financial market sentiment is as unimpressed with the Sunak-Hunt path to doing the opposite of what the British economy needs as it was with the Truss-Kwarteng path. Many economists have lost faith in the idea that there is an objective upper limit to sustainable debt-to-GDP ratios. So it is far from certain that investors will give the Autumn statement their seal of approval.

Matthew Watson has received multiple sources of funding in the past from the UK Economic and Social Research Council.