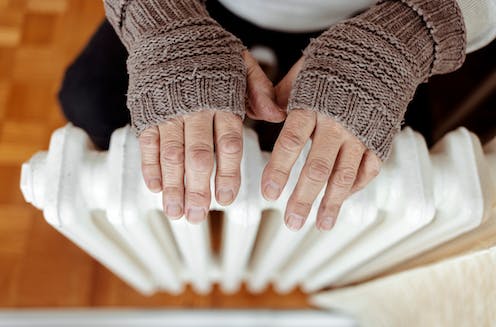 Among the grim news in Jeremy Hunt’s recent autumn statement was an attempt to square the circle on energy bills. Funding for the Energy Price Guarantee that aims to limit household energy prices will continue throughout the 2023-24 financial year. But the level of support available after this winter will be significantly lower.

An increase in the energy price cap means that the annual average household bill will rise from £2,500 to £3,000 per year. This is still around £700 a year less than households would pay from next April under the older price cap arrangements, according to research firm Cornwall Insight.

When the additional government payment for this winter of £400 per household is taken into account, this means that average energy bills will rise by £900 in 2023-24. This represents a tripling of average bills compared to just two years ago. The autumn statement has promised extra support for those receiving benefits and pensions, but this energy bill rise will be a further financial blow to many households – especially those with low or average incomes, and particularly those just above the threshold for receiving benefits.

The costs to government (and the taxpayer) of the cap for 2023-24 should fall significantly. The government estimates that it will spend £14 billion less as a result: partly due to the higher cap, and partly due to an expected fall in gas prices. But as the Office for Budget Responsibility points out, the costs for next year could be much higher than the government expects if gas prices go back up to August 2022 levels. Such a rebound could mean the government has to further limit the amount of support available and the types of households covered by its energy bill support scheme.

The outlook for business

For businesses, the announcement brings even less certainty. The current Energy Bill Relief Scheme for non-domestic customers ends next March, and will be reviewed before the end of this year. The government was clear in its autumn statement that, even if support is extended, the amount available will be “significantly lower”. While that is understandable given the £18 billion cost of the current scheme over six months, this may put many businesses in a very difficult position next year.


It has been argued that support for bills is not a sustainable, long-term solution to this energy crisis. Many believe a decisive shift away from fossil fuels, as well as energy market reforms and a more ambitious approach to energy efficiency are also required. Now that the government is spending so much money on energy subsidies, it has a direct interest in improving the energy efficiency of the UK’s poorly insulated homes. This would reduce bills and government spending, improve energy security and reduce emissions.

The autumn statement offers mixed signals on energy efficiency, and lacks the urgency required to properly address this issue. Expected spending in this parliamentary session of £6.6 billion will still be much less than the £9.2 billion pledged in the 2019 Conservative manifesto. An extra £6 billion has been promised in Hunt’s statement, but this funding will only be available after the next election. Although it is welcome, this extra money will not bring down bills during the next three winters.

In the short term, a new task force will be formed to “deliver energy efficiency across the economy”, and to meet a new target of a 15% reduction in energy demand by 2030. The target will only apply to energy use in buildings and industry, and therefore excludes the energy we use for cars, buses and other forms of transport.

It is useful to put this target into context. Energy demand in the UK peaked in the early 2000s. During the last decade – a period that includes the impacts of COVID-19 – overall demand fell by 7%, with industry energy use falling slightly more than that for households.

The new target will require more rapid reductions in demand in a shorter period of time. It also means that the new task force and the government will need to overcome a decade of policy failure in this area. Energy efficiency policies were having a significant impact on homes until 2012. Since then, high profile policy initiatives like the Green Deal have not delivered.

The current Energy Company Obligation, which funds suppliers to improve energy efficiency in low income, fuel poor and vulnerable households, is welcome. But it needs to be scaled up and complemented by incentives for households that are not in fuel poverty. Without this increase in ambition, many households will remain vulnerable to high prices for years to come.