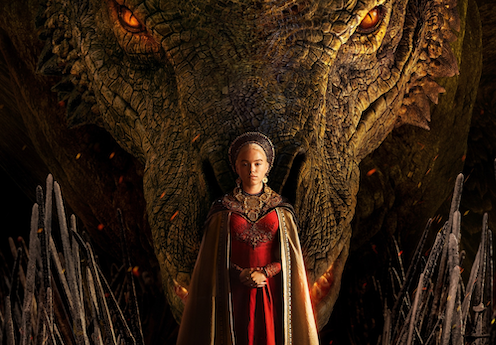 As anybody who has been in a leadership position knows, no single style fits every situation. In my book, Management Lessons from Game of Thrones: Organization Theory and Strategy in Westeros, I examine how characters, organisations and situations in that fictional world have surprising parallels to the way business is done in the real world. I also explore how we can learn valuable lessons for our daily working lives from these stories.

I look at how managers can learn from the way some of George RR Martin’s characters tackled and overcame their own leadership and team management problems, using strategies that fit their personalities and situations.

So, if you’re struggling with a team management project, here are six different approaches from Game of Thrones and House of the Dragon that might help you find your perfect leadership style.

In Game of Thrones, Daenerys is the exiled heir to the Iron Throne. She manages to fight back to Westeros with the aid of dragons and an army of supporters. She is a charismatic leader.

Daenerys is someone who inspires others simply by the force of her personality and vision. However, she finds the day-to-day business of management boring and is always looking for new challenges.

In a team management situation, you would want Daenerys in charge whenever quick and drastic decisions need to be made. She is also good when you need the team to be united and follow a specific plan or vision. Bringing a new and controversial product to market on time, for instance, or carrying out a project with a certain element of risk.

Jon Snow is the heroic youth who brings the forces of the north and the south together to fight the incursion of the monstrous White Walkers.

You’d want Jon Snow in charge when a team is having trouble finding form or purpose, or meeting its established goals. Jon would be the sort of leader who can analyse what the team’s strengths and weaknesses are, can organise it to play to its strengths, and focus it away from the problem areas.

Tyrion is an intellectual who describes himself aptly by saying “I drink, and I know things”. He is a transactional leader, someone who gains the trust of their supporters by making deals and compromises. While he may not be glamorous and exciting, people trust him always to get the job done.

Tyrion would excel in a situation of day-to-day team management, where there is either a project of indefinite duration or where the projects renew cyclically. You could see Tyrion heading up an audit team or a tax consultancy: something that needs to be done consistently, reliably and well, with plenty of challenges but no surprises.

Sansa is the eldest daughter of House Stark. She eventually becomes Queen of the North in her own right. She is an emergent leader but also a background figure who slowly develops into a leadership role over time. Because of her gender and her personality, Sansa’s talents are not immediately apparent. She struggles to be accepted in a leadership role. But, when in charge she’s focused and willing to do whatever it takes to succeed. She takes a long view of success and it generally pays off.

Sansa is the person you want in charge of a team working on a project with long-term objectives. Sansa is good at taking difficult decisions and sticking by them. She’s also very good at bringing together people with very different interests and getting them to work together. The biggest problem you might have with Sansa is if you underestimate her; then you might lose her to the competition.

Corlys is the seafaring lord of House Velaryon in House of the Dragon. He is a pragmatic leader. He does what it takes to get the job done, even when this means making questionable alliances or difficult compromises. At times when others are concerned about short-term pride and prestige, he is concerned about the longer-term consequences.

Corlys excels in any situation where there is the opportunity to develop a strategy and see it through. He is also strong in situations where difficult, even painful, decisions might need to be made. He can weigh up costs and benefits rationally and choose the most appropriate path – even if it involves accepting the second best option. His decisions are made to pursue strategic success over a more extended period.

Rhaenyra from House of the Dragon is the controversial female heir to the Iron Throne. She provides a good example of what we call “servant leadership”: a leader who puts the needs of the team first and encourages both her followers and her organisation to grow and develops. She accepts that everything she does has to be what’s best for the throne and her house, and tries to find ways of doing so that make herself and the people around her happy.

Rhaenyra is the sort of person you’d want in charge of any team that needs to develop to meet new challenges, while at the same time keeping the team together. On the show, her elevation to Queen of Westeros faces huge opposition. This is ironic because – purely from a managerial point of view – she might just be the most suitable person to lead the kingdom to greater success.

Fiona Moore does not work for, consult, own shares in or receive funding from any company or organisation that would benefit from this article, and has disclosed no relevant affiliations beyond their academic appointment.

2022-10-25
Previous Post: Raising benefits in line with earnings will make the poor worse off – here’s why
Next Post: Rishi Sunak: is it legitimate for the Conservatives to continue in government without an election? A constitutional scholar explains