Is your fixed broadband bill about to go up? How to protect yourself from inflation-busting rate hikes 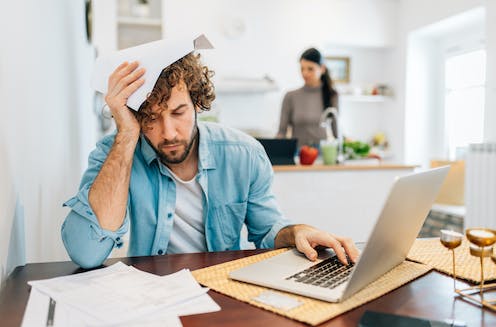 Inflation has caused the sharpest rise in food prices in the UK in 40 years, the latest official figures show. But it’s not just food costs that are soaring – or energy prices, for that matter. Consumer price inflation could also impact bills for services like internet and mobile phones.

Many people aren’t particularly careful about the contracts they sign for such services. It’s common not to read through the clauses written in the small print. When I checked my broadband contract recently, I was certainly surprised to find that I had signed up to an annual price increase in line with the January 2023 inflation rate plus an additional 3.7%.

While this would be a noticeable increase at any time, inflation is expected to be just under 10% in January 2023, according to the Bank of England. This could increase my bill by close to 14% when my contract rolls over next year.

These so-called “inflation-plus” clauses peg contracts to the Consumer Price Index rate of inflation plus an additional amount – in my case, 3.7% of my current monthly broadband rate. For some broadband customers, these clauses could add more than £100 to their annual bills next year, consumer watchdog Which? says.

Inflation-plus clauses are legal. They are written in the contract (although often in tiny font) and by signing we accept them. But they aren’t fair and the government, as well as regulators, have a responsibility to examine this rising cost of living issue.

The first part of the clause – the inflation-linked element – is called “full price indexation to current or past inflation”. It is a strategy that is often used to update price contracts, particularly when inflation is high, to protect those signing the contracts from rising costs.

The second part of the clause – the additional percentage above inflation – is a phenomenon that has not been labelled by macroeconomists yet, as far as I’m aware. But after calculating the effect of an inflation plus 3.7% increase on my bill, I like to think of it as “turbo price indexation”.

During periods of rising inflation, companies need to make frequent price adjustments to offset increases in their own costs. Indexation provides a simple rule of thumb to help companies update their prices between optimal adjustments designed to maximise profits.

There are different kinds of indexation. Full indexation to current inflation, for example, aligns prices exactly with the current rate of inflation. Other types may rise with inflation but at a lower rate – or a higher rate, as with turbo price indexation on inflation-plus contracts.

Indexation isn’t only used by firms providing goods and services. Workers, as well as landlords and some mortgage lenders, also use this strategy to keep pace with changing costs. But the stronger the power of the person or the organisation renegotiating a particular contract – whether that’s a worker discussing a job contract or a firm setting new prices for its services – the easier it is to negotiate for inflation indexation.

So when inflation increases, indexation protects businesses against rising costs. But when it comes to contracts for services like broadband, consumers typically do not have the same bargaining powers as large companies. Further, since most job contracts are not fully indexed, wages do not increase to match the increase in our bills.

This is one of the reasons why high inflation can hurt low income households more. Unlike higher earners that often have more bargaining power to negotiate for more pay when prices rise, the wages of those on lower incomes are typically not fully indexed to inflation, never mind turbo-indexed. This means that these clauses may not only increase inflation, but can also exacerbate income inequality.

Of course, if inflation remains high for a long time, workers may start to organise via unions to ask for their pay to be linked to inflation. We have seen this in recent months. In this situation, governments often worry about creating a wage price spiral in which increased wages encourage more spending, pushing inflation up further and causing more wage negotiations.

And by updating prices by more than the rate of inflation, these turbo-price clauses could contribute further to such a spiral, worsening the economic environment. Indeed, research shows that the use of indexation makes it more difficult to bring inflation down in this kind of scenario.

Economic policy can be used to address this situation. But in a period of high inflation and low GDP growth, a government’s fiscal policy might be at odds with a country’s monetary authority or central bank, which typically wants to cut inflation. This is because the government can benefit when high inflation reduces the cost of a tax cut or an increase in its spending. This is the situation right now in the UK.

What can you do?

An independent regulator such as the UK Competition and Markets Authority could help consumers battle rising prices linked to indexation. Research has found that wage indexation happens less when markets are more competitive. Similarly, price indexation should be lower in highly competitive markets.

In other words, more instances of price indexation clauses may signal too little competition in a sector, allowing companies to push up prices. The Competition and Markets Authority is responsible for investigating such concerns about market structure, with the aim of increasing competition and protecting consumers.

Otherwise, just like workers, consumers can negotiate to reduce inflationary price increases in the costs of services like internet or mobile phone coverage. Not everyone has the time, patience or confidence to call providers to secure a less expensive deal at the end of a contract. But research shows that the people that stay on more expensive rates are usually funding the cheaper deals of savvy consumers that are prepared to haggle.

With more savvy consumers around, companies would not find it as convenient to introduce such clauses, since they would not generate enough additional profits from these turbo price increases.

Lorenza Rossi does not work for, consult, own shares in or receive funding from any company or organization that would benefit from this article, and has disclosed no relevant affiliations beyond their academic appointment.

2022-10-24
Previous Post: Loris Karius’ stunning exes, from a Made In Chelsea star to a fitness model, as he starts dating TV host Diletta Leotta
Next Post: China: echoes of authoritarian past as Xi Jinping cements his place at the heart of a Communist Party now entirely built around him