Doctor Who Special: The Power of the Doctor review – the BBC has thrown the kitchen sink after Whittaker 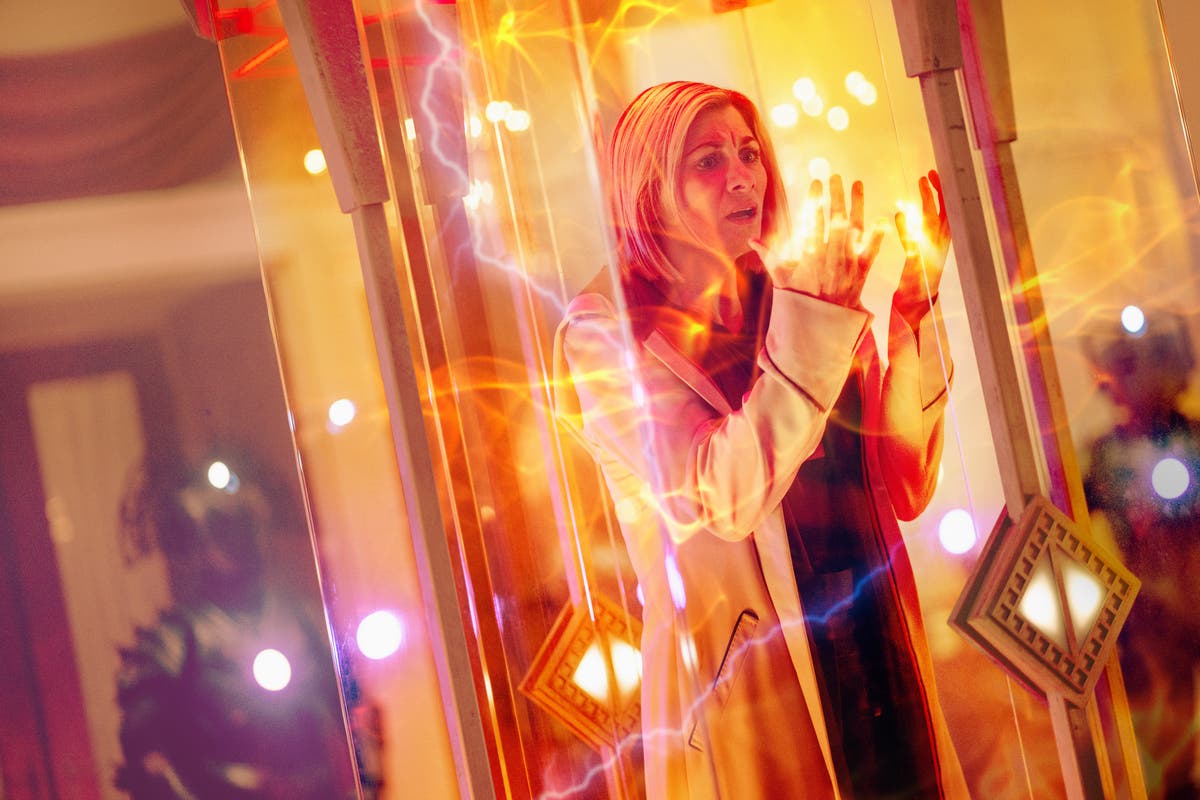 octor Who fans knew that this special BBC centenary episode of Doctor Who was going to be immense. With a feature-length running time, it marked the departure of both Jodie Whittaker as the Doctor and writer Chris Chibnall after three series – and audiences were primed for jam-packed action and surprises.

Anticipation built as it emerged that the Cybermen, the Master and the Daleks – Doctor Who’s three biggest foes – were going to be on screen battling the Time Lord at the same time for the first time ever.

Plus, Sophie Aldred’s Ace, who was the Doctor’s companion between 1987 and 1989 and Janet Fielding’s Tegan Jovanka, who starred in the show from 1981 to1984 were coming back for the departure of the first-ever female doctor.

And we were catapulted straight into the action from the off – laser beams, a high-speed train, Cybermen and explosions. A frenetic opening, and that energy didn’t let up for the entire episode; though the pacing ultimately became this finale’s biggest downfall.

The devious Master is out to put an end to the Doctor for good (not regeneration-level death, but utterly-eradicated-from-the-universe-level death). He plans to take the Time Lord’s place and also, while he’s at it, destroy Earth. Joining forces with the Daleks and Cybermen, harnessing the power of a mysterious sentient energy ball, and using forced regeneration, he sets out to enact his evil plan.

While the action quickens the pulse, the packed story often makes the episode difficult to follow, particularly for the casual, rather than diehard, Doctor Who fan. Some potentially enthralling plotlines, such as The Master’s face showing up on some of the world’s most famous paintings (including The Scream and Girl with a Pearl Earring) or Rasputin mesmerising people in Tsar Nicholas’ 1916 Russian palace, are never properly developed – somehow there just isn’t time, for this or for real suspense or dread to build.

The dialogue is strong, though, and Chibnall intersperses tender moments in amongst the action (those between the Doctor and her companion Yaz, who has been by her side since she regenerated, are particularly affecting) – made all the better by some excellent performances. And there are genuine laugh-out-loud scenes, usually involving Sacha Dhawan as the Master (he’s very good at playing the lunatic) and episodes of real poignancy, such as when some of the Doctor’s ex-companions get together to talk about their old friend.

Whittaker is moving as the Doctor in her final act (though only later in the episode – she spends half of it as a hologram frantically telling her friends how to save the day), and Gill is particularly strong, facing up to the fact that her mentor and friend is heading for her next chapter.

The appearance of previous Doctors – the fifth, Peter Davison and the seventh, Sylvester McCoy, show up – is a real treat, as is the return of Graham, one of Whittaker’s Doctor’s three original companions (Graham and Ryan both exited the series at the end of season 12, while Yaz stayed on). Ace and Tegan also make a formidable return.

Though a few will be coming to Doctor Who with fresh eyes, The Power of the Doctor will, of course, mean most to those who have spent the last three series with Whittaker, Gill and writer Chibnall.

In 2017, all eyes were on Whittaker as she took over to become the first woman Doctor, but she soon settled in. In fact, watching the centenary episode it seems ridiculous that her gender was ever even an issue – she inhabits the role so superbly.

Chibnall’s tenure brought in new and fascinating storylines that spoke to real-world political and societal issues and told stories that not only hadn’t been seen in Doctor Who but also on mainstream television in general. One standout episode, Demons of the Punjab, written by Vinay Patel (Murdered by My Father), had the 1947 partition of India as the backdrop, which received huge acclaim (though that and other topics around social justice received predictable pushback from the usual quarters).

In the coming season, Russell T Davies is returning as showrunner with Sex Education’s Ncuti Gatwa set to take over from Whittaker – the first black actor to play the Time Lord. He didn’t make an appearance in this episode, perhaps so that all eyes could be on Whittaker as she took her final bow. And frankly, this centenary special didn’t need any further drama – it really hit fever pitch, with the most visual effects shots of any episode in the show’s history and a completely unprecedented level of threat. Back behind the sofa we go, as is traditional.

But while Whittaker and Gill are great at battling it out with the various baddies, it’s the human moments, the meetings between old friends and companions, and the power of time itself that make an impact, as the Doctor finally submits and starts to regenerate. The Power of the Doctor may not have been the perfect ending, but it’s still a fitting tribute to a great Doctor.

Doctor Who: The Power of the Doctor centenary special premiered this evening and is now available on BBC iPlayer