Employers can’t fill vacancies, but many do surprisingly little to help workers return after a long illness 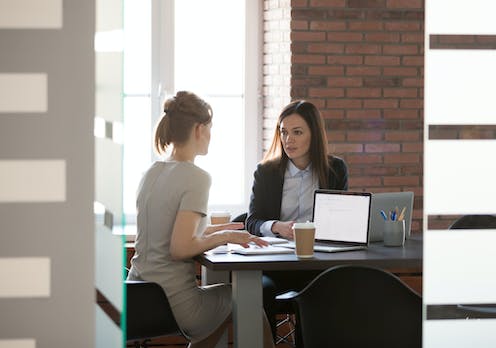 The UK was supposed to be facing a spike in unemployment after the pandemic furlough schemes ended, but instead the job market is the tightest in a generation. Given that there are also more vacancies than active job seekers and many sectors are struggling with skill shortages, you might expect to see pay rising, productivity improving and new job opportunities for those at the margins.

Yet real pay growth has been stagnating for at least a decade. Productivity has only recently climbed back to pre-2008 levels. And most worryingly, we are seeing a participation crisis, with a record 640,000 increase in economically inactive people since the start of the pandemic.

The reasons why people choose not to work have changed considerably over time, as you can see from the graph below. “Looking after family or home” (the black line) has declined significantly over the past couple of decades while the number of students has increased (the yellow line).

But perhaps the most dramatic change has been the number of people with long-term or chronic illnesses who have been leaving work altogether (the blue line). With 170,000 people swelling the ranks of this group in the last month alone, they now total nearly 2.5 million – the largest number of long-term sick out of work in our history. The last time the numbers approached this level was two decades ago.

Long NHS waiting lists may account for some of the rise, especially among older workers with multiple or complex conditions and those with mental health problems. Long COVID is also probably playing a part, with 2.3 million sufferers and around 1.1 million (46%) with symptoms persisting for at least a year.

Another factor is people with long-term illnesses. Only 60% of working age cancer survivors are back in work a year after finishing treatment, for instance. Cancer survivors are frequently highly motivated to resume work as it represents a return to “normal” life and can enhance their financial independence.

However, the cancer itself, its treatment and side effects often increase the risk of early withdrawal from the labour market. Up to 53% of cancer survivors have to give up work, and are 1.4 times more likely to be unemployed than the average person.

For those that are able, the pathway back to work can be difficult. Employers need to exercise compassion and recognise a returning worker’s performance may be impaired for a while. A Norwegian study found that 31% of employed cancer survivors reported a reduced ability to carry out physical work because of cancer, and almost a quarter reported reduced cognitive ability.

Many employers also fail to help people with long-term illnesses to stay in or return to the labour market – despite the high vacancy rates. I recently co-produced a survey of 1,241 working age cancer survivors in the UK, which wasn’t peer-reviewed because the cohort isn’t representative of the population as a whole, but hopefully still gives a good insight into people’s experiences.

Many felt unsupported and some were even dismissed or made redundant on their return to work. A third were not able to phase their return to work and 25% had to take annual leave to receive chemotherapy or even surgery. Most returners reduced their working hours, with the proportion in full-time work falling from 73% before treatment to 46% afterwards, despite over half of survivors being the primary breadwinner in their household.

Most respondents said the emotional impact of cancer treatment far exceeded the physical consequences, and 93% reported side-effects such as fatigue (93%), brain fog (68%), anxiety (60%), loss of confidence (55%) and pain (54%). Each is a hidden impairment, which proved difficult for many survivors. One said:

One day my boss said to me, ‘Well don’t expect any sympathy from us because you look marvellous.’

I suggested that my workload be decreased for a few months, even accepting a lower salary. But my boss accused me of a go-slow attitude and eventually left me with no other option than retirement.

It’s worth bearing in mind that cancer is a protected characteristic under the Equalities Act. This means it is illegal to discriminate against someone for that reason.

I have previously written about my own experience of cancer treatment and my eventual return to work, so I particularly appreciate the benefit of having a supportive employer. Perhaps it is little wonder that, in the face of difficulties at work, so many are opting for economic inactivity or early retirement.

Having 2.5 million working-age people with long-term illnesses who are economically inactive exacerbates skill shortages, increases inflation and stifles the economic growth which the Truss government was so focused on. These people are usually not susceptible to sanctions or so-called “benefit conditionality”, so can’t be punished back to work.

The answer lies in helping many more to avoid falling out of work in the first place and, if they do leave the labour market, deploying compassionate, personalised and skilled job coaching and support to encourage them to return. The good news is that researchers are developing ever more innovative ways of helping employers to make accommodations for returning cancer survivors, often involving job redesign, peer support and the training of line managers.

On the other hand, it is not a great time for the Department of Work and Pensions to be cutting 3,000 job coaches. The fact that the UK government is also keen to increase its use of sanctions against part-time workers who are unwilling to increase their hours is not a promising sign either. Let’s hope for a change of approach soon, before many of the long-term sick are lost to the economy forever.

Stephen Bevan receives funding for individual studies, via his employer the Institute for Employment Studies, from the Department of Work and Pensions and The Economic & Social Research Council among others. He is affiliated with the social enterprise Working With Cancer for whom he volunteers as an ambassador.

2022-10-21
Previous Post: How Strictly is challenging the way people think about dance
Next Post: Diwali in the UK: how commodifying minority religions can risk cultural appropriation