Finally! The Crown season 5 trailer has been released and it’s going to blow your socks off 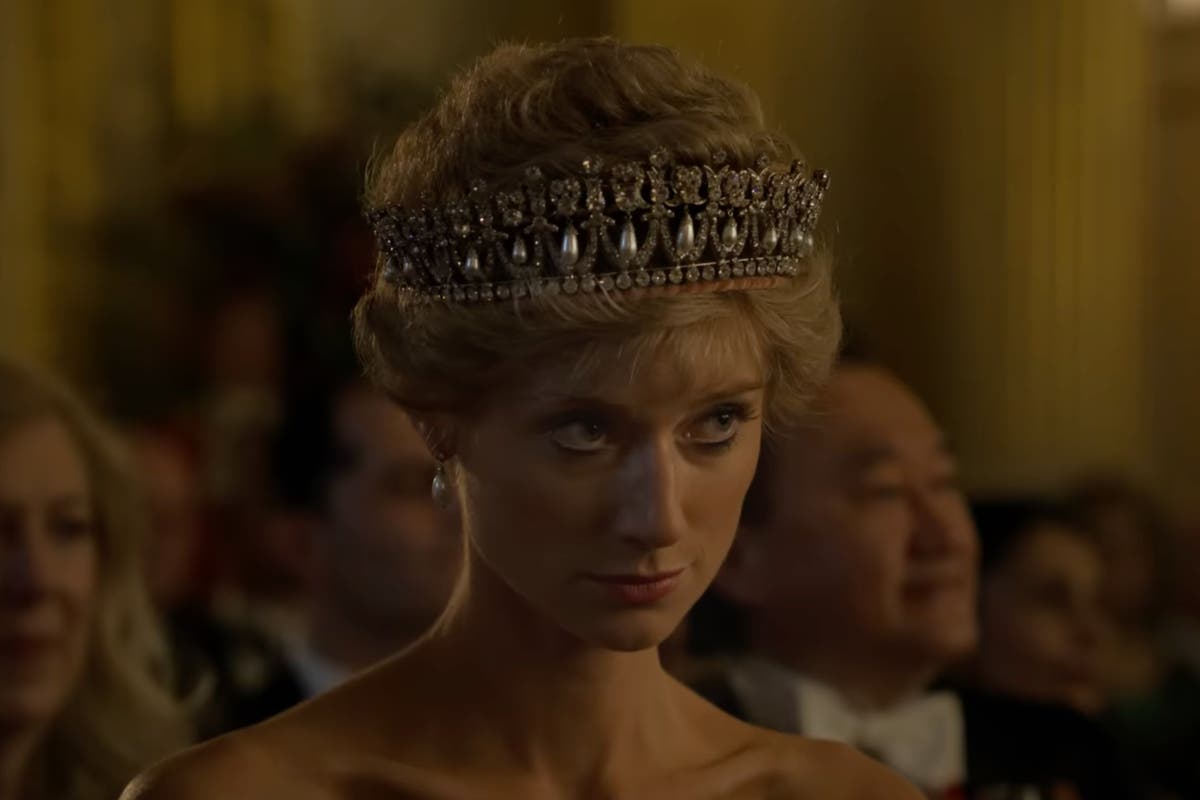 fter months of waiting, Netflix has finally released season five’s The Crown trailer – and it looks like it’s going to be one affecting series.

The trailer opens with Windsor Castle on fire – an omen, no doubt, of what is to follow.

“The royal family is in genuine crisis,” says a voice, as an (even more) dramatic version of The Verve’s Bitter Sweet Symphony begins.

The camera flashes between all the show’s biggest players – from the Queen (Imelda Staunton), to Princess Diana (Elizabeth Debicki), to Prince Charles (Dominic West), to Camilla Parker Bowles (Olivia Williams), to John Major (Jonny Lee Miller) and to Prince Phillip (Jonathan Pryce), who are all looking extremely troubled.

“She’s at breaking point because of the way she feels she’s been treated,” says Martin Bashir (Prasanna Puwanarajah) before we see a clip of Princess Diana in her very famous black dress, “They see her as a threat.”

Then there’s a dramatic montage: dances in the palace, a bonfire, Diana driving erratically around London, Diana crying, the start of the Bashir interview, stern words from Prince Phillip, a journalist striding around wearing massive glasses and holding a huge phone.

“What the hell is she doing?” shouts Prince Charles, in one scene.

“I won’t go quietly, I’ll battle til the end,” says Diana in a voiceover.

There is something particularly moving about the forthcoming season after the Queen’s death last month. Seeing a version of Her Majesty (however fictional, and however obviously Staunton and not the Queen) trying to hold it all together as Diana and Charles’ marriage implodes is going to make for some bruising viewing.

“This just hits differently with the Queen gone now. What a trailer,” commented one fan on the YouTube video, echoing these sentiments. Another said: “Oh this is a superb trailer. the casting, the verve’s bitter sweet symphony music, the tone of what we know will happen.”

Season five is going to follow the lives of the members of the royal family throughout the Nineties, one of the most tumultuous decades for the palace, and a period which reached its devastating crescendo when Princess Diana was killed in a car crash in Paris in 1997.

The upcoming season has been in the news again this week as Dame Judi Dench penned an open letter to The Times in which she accused the show of “crude sensationalism”. The two-time Oscar winner also said that bending storylines was, “both cruelly unjust to the individuals and damaging to the institution they represent.” Meanwhile John Major this week also said that The Crown was a “barrel-load of nonsense”.

In late September The Daily Telegraph published an article with the headline, “The Crown’s decision to show ‘all-out war’ between Charles and Diana raises concerns at Palace”, which also caused a stir.

However, the show’s creator Peter Morgan, spoke to Entertainment Weekly this week, saying: “I think we must all accept that the 1990s was a difficult time for the royal family, and King Charles will almost certainly have some painful memories of that period.

“But that doesn’t mean that, with the benefit of hindsight, history will be unkind to him, or the monarchy. The show certainly isn’t. I have enormous sympathy for a man in his position — indeed, a family in their position. People are more understanding and compassionate than we expect sometimes.”

2022-10-20
Previous Post: When digital nomads come to town: governments want their cash but locals are being left behind – podcast
Next Post: Reviving the UK’s textile industry could help replace fast fashion with homegrown clothes, but there are barriers