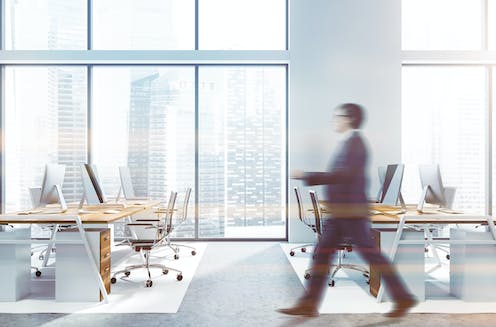 The UK economy is on the brink of a recession while also experiencing weeks of financial volatility following the launch of the government’s unfunded growth plan last month.

The government’s strategy aims to boost growth over the medium to long term, but households and businesses are already suffering from soaring bills and an uncertain economic outlook.

And then, once the UK manages to tame skyrocketing inflation and severe supply chain disruptions, industry will need to raise production and services to meet growing demand. But a shortage of qualified workers – that is, a loss of staff during the economic downturn – could prevent industry from being able to do this. As such, businesses need a strategy to help them to reduce costs while times are bad, but they also need to be able to quickly ramp up their operations again once the economy recovers.

A targeted furlough scheme could mitigate these recessionary effects right now and help companies prepare for a future recovery in demand. With the right design, such a scheme could cost as much as 60% less than the £70 billion furlough scheme deployed during the COVID-19 pandemic.

Remember the chaos around air travel last summer? A short-term work scheme, such as a furlough initiative, would have allowed airports and airlines to furlough staff until last Easter before ramping up staff numbers quickly once it became clear that travel activity was picking up. Countries like Germany and Switzerland are already successfully using such schemes as permanent tools to dampen the adverse effects of recession.

If designed correctly, a targeted furlough scheme could do a lot to ease current economic problems in the UK as well. It would not only provide a safety net for households with extremely tight budgets, it could also help firms that need to temporarily reduce staff to manage a reduced flow of materials or goods due to supply chain bottlenecks. Once production resumes to normal levels again, it would also prevent worker shortages.

Of course, the UK used a furlough scheme to great effect during the COVID-19 pandemic. Facing a sharp increase in unemployment as companies shuttered during national lockdowns, the Coronavirus Job Retention Scheme (CJRS) allowed UK companies using PAYE to designate some or all employees as “furloughed workers”.

These people were put on temporary leave but remained on the company payroll. The government paid 80% of their wages up to £2,500 per month, as well as national insurance and certain pension contributions. Employers could decide to pay the remaining 20%, although most chose not to.

The scheme, which ran from March 20 2020 until September 30 2021, was used by 1.3 million employers and supported 11.7 million jobs – approximately a quarter of the workforce experienced furlough at least once during the pandemic. The CJRS was a significant source of financial support for households and businesses during this time.

Further, once pandemic restrictions were removed, the furlough scheme helped to revive economic growth. By retaining links between employers and employees, firms were able to quickly reactivate their operations without having to incur the time and expense of hiring new workers.

But it was an expensive blanket scheme, costing almost £70 billion or 8% of the government’s 2021 expenditure. Further, in addition to cases of fraud, when employees were forced to continue working while furloughed, such schemes can artificially support zombie firms that would not have survived otherwise. This hampers productivity growth and prevents better companies from growing their market share.

The CJRS was designed at great speed and placed an unsustainable burden on the government’s budget. A more targeted approach could build on the CJRS, improving its design to maximise support for households and firms, while using taxpayers money more prudently.

How would a targeted furlough scheme work?

Our research shows that a targeted furlough scheme should incorporate the effective elements of the CJRS, supplemented with eligibility and compliance monitoring measures for employers and support for employees at the poverty line.

For people on low incomes, even small income shocks can create problems. The 20% income reduction under the CJRS caused more than 80% of furloughed individuals on minimum wage to experience severe financial difficulties. A targeted scheme would shield workers at the poverty line by providing a 100% wage contribution. The additional 20% paid to these workers could be provided by the government or by employers, as a condition for permission to furlough workers. Employing this targeted scheme during the pandemic would would have cost just 1% of total CJRS spending during 2020 and 2021.

Eligibility would be monitored, as it is in other countries, through management accounts and bank statements to show the 15% decline. If large numbers of firms were to apply, the scheme could rely on self-assessment coupled with subsequent HMRC inspections. This approach is used in Ireland and such features ensure support is rapidly provided to businesses in the sectors and regions hit hardest by the economic downturn, but also that taxpayer money is spent prudently.

The £70 billion in wage subsidies paid by the government during the COVID-19 crisis is equivalent to 8% of annual GDP – a level of support that is not feasible on a long-term basis.

Restricting eligibility to only those firms that experience a 15% decline in revenue would have reduced total expenditure on the pandemic furlough scheme to £27.98 billion, according to our calculations – 60% less than the total spend for the CJRS.

The combination of limited cost to taxpayers and huge advantages to households and firms makes a targeted furlough scheme an appealing policy measure to help mitigate the adverse effects of the current crisis and the future recession on households and firms.

Santosh Koirala does not work for, consult, own shares in or receive funding from any company or organisation that would benefit from this article, and has disclosed no relevant affiliations beyond their academic appointment.

2022-10-15
Previous Post: UK drug policy: how seizing passports will not stop illicit dug use
Next Post: Ukraine recap: Russia targets civilians as the world argues about how to end the war