Horrible bosses: how algorithm managers are taking over the office 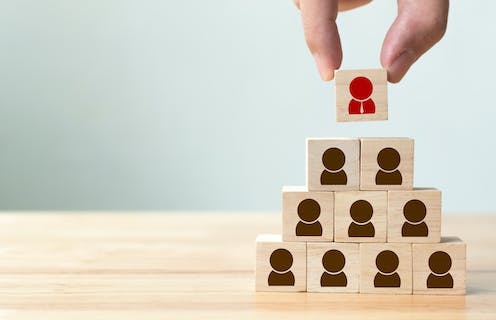 The 1999 cult classic film Office Space depicts Peter’s dreary life as a cubicle-dwelling software engineer. Every Friday, Peter tries to avoid his boss and the dreaded words: “I’m going to need you to go ahead and come in tomorrow.”

This scene is still popular on the internet nearly 25 years later because it captures troubling aspects of the employment relationship – the helplessness Peter feels, the fake sympathy his boss intones when issuing this directive, the never-ending demand for greater productivity.

There is no shortage of pop culture depictions of horrible bosses. There is even a film with that title. But things could be about to get worse. What is to be made of the new bosses settling into workplaces across all sectors: the algorithm managers?

The rise of algorithm management

The prospect of robots replacing workers is frequently covered in the media. But, it is not only labour that is being automated. Managers are too. Increasingly we see software algorithms assume managerial functions, such as screening job applications, delegating work, evaluating worker performance – and even deciding when employees should be fired.

The offloading of tasks from human managers to machines is only set to increase as surveillance and monitoring devices become increasingly sophisticated. In particular, wearable technology that can track employee movements.

From an employer’s point of view, there is much to be gained from transferring managers’ duties to algorithms. Algorithms lower business costs by automating tasks that take longer for humans to complete. Uber, with its 22,800 employees, can supervise 3.5 million drivers according to the latest yearly figures.

Some problems associated with algorithm management receive more attention than others. Perhaps the risk most discussed by journalists, researchers, and policymakers is algorithmic bias.

Amazon’s defunct CV ranking system is an infamous example. This program, which was used to rate applicant CVs on a one-to-five scale, was discontinued because it consistently rated CVs with male characteristics higher than comparable ones deemed more feminine.

But several other issues surround the growth of algorithm management.

One is the problem of transparency. Classic algorithms are programmed to make decisions based on step-by-step instructions and only give programmed outputs.

Machine-learning algorithms, on the other hand, learn to make decisions on their own after exposure to lots of training data. This means they become more complex as they develop, making their operations opaque even to programmers.

When the reasoning behind a decision like whether to sack an employee is not transparent, a morally dubious arrangement is afoot. Was the algorithm’s decision to fire the employee biased, corrupt or arbitrary?

If so, its output would be considered morally illegitimate, if not illegal in most cases. But how would an employee demonstrate that their dismissal was the result of unlawful motivations?

Algorithm management exacerbates the power imbalance between employers and employees by shielding abuses of power from redress. And algorithms cut a critical human function from the employment relationship. It’s what late philosopher Jean-Jacques Rousseau called our “natural sense of pity” and “innate repugnance to seeing one’s fellow human suffer”.

Even though not all human managers are compassionate, there is zero per cent chance that algorithm managers will be. In our case study of Amazon Flex couriers, we observed the exasperation that platform workers feel about the algorithm’s inability to accept human appeals. Algorithms designed to maximise efficiency are indifferent to childcare emergencies. They have no tolerance for workers moving slowly because they are still learning the job. They do not negotiate to find a solution that helps a worker struggling with illness or disability.

What can we do

The risks faced by workers under the management of algorithms are already a central focus of researchers, trade unions and software developers who are trying to promote good working conditions. US politicians are discussing an extension of digital rights for workers. Other solutions include regular impact assessments of how algorithms affect workers and giving employees a say in how these technologies are used.

While businesses may find management algorithms to be highly lucrative, the need to make a profit is no reason to tolerate employee suffering.

Peter eventually learned how to manage his boss and make work enjoyable. He did this by showcasing his value in highly personable encounters with top levels of management. The question is, how would he have fared if his boss had been an algorithm?

Tiago Vieira is a grant recipient of a scholarship attributed by Fundação para a Ciência e Tecnologia.

Robert Donoghue does not work for, consult, own shares in or receive funding from any company or organization that would benefit from this article, and has disclosed no relevant affiliations beyond their academic appointment.