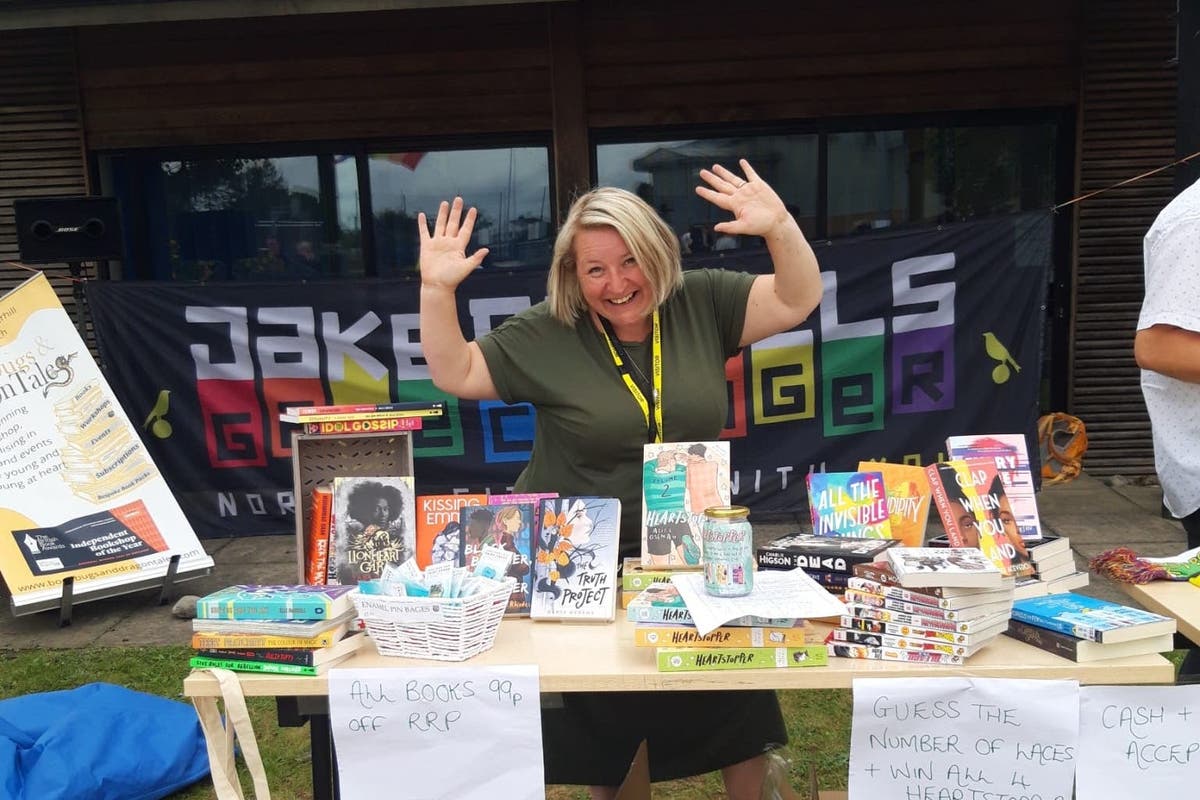 he director of an independent bookshop has spoken of her shock and amazement after receiving an “insane” £5,000 donation from actor Russell Crowe.

Leanne Fridd, 43, who lives in Sprowston, Norwich, launched a crowdfunder on Thursday evening to try and raise £15,000 to help her Bookbugs And Dragon Tales bookshop.

Just a few hours later she received a third of her funding target from the Gladiator actor.

“We made the crowdfunder at about ten to five and (Russell Crowe) made the donation at about half 10 and we were in bed at the time,” Ms Fridd told the PA news agency.

“My husband and I were already incredibly shocked, amazed and thrilled because so many people have said so many lovely things and been so generous, and made us feel so valued.

“We were already on a high and then we saw that and we were just like, ‘what is happening?’ This is insane”.

Ms Fridd, whose husband Dan, 47, works at Edelweiss, a company that provides support to independent bookshops and publishers, added that she has “cried at every single donation from one pound to the £5,000 because we know people are struggling and we’re struggling a bit as well”.

She said someone else whose house had burnt down six months ago had donated £100.

“She was homeless and yet she donated £100. It’s those things that are just mind blowing.”

Ms Fridd said that the pandemic led to the shop having to overcome numerous hurdles.

“When the pandemic hit, we used all of our reserves to kind of keep going and trying to do what we could to support families, but unfortunately we borrowed a lot of money when we opened so we’ve had to jump over hurdle after hurdle,” she said.

“And I’ve had to cut our staff hours and work more myself – so the reason we launched the crowdfunder is because it will free me up a little bit to start to explore grant funding and everything we can to ensure that as many children as possible have access to books.”

Ms Fridd admitted that while the £15,000 will not sort all of the shop’s financial woes “it will allow us to pay an extra member of staff, but mostly it will just mean that there is a little bit extra going in each month, so I am not scrabbling around worrying ‘am I going to be able to pay this bill?’”.

She said it would also give the shop “time to breathe and explore and do things that we really believe in”, including giving books to children who would not otherwise have access through its Dorothy Amery Readers Awards programme and run outreach sessions in rural communities.

We have so many different conversations – we can go from someone who’s been dealing with grief to someone’s who’s having a joyous event, we can celebrate kids who’ve won a reading competition and we really feel part of the community

“When we opened the shop, I don’t think I fully appreciated how much of a part of people’s lives we’d become.

“We have so many different conversations – we can go from someone who’s been dealing with grief to someone’s who’s having a joyous event, we can celebrate kids who’ve won a reading competition and we really feel part of the community.”

Russell Crowe’s representatives have been contacted for a comment.

More information about the fundraiser can be found here: https://www.crowdfunder.co.uk/p/help-secure-bookbugs-and-dragon-tales-future#start

2022-10-08
Previous Post: Birth control pill linked to greater risk of blood clots in women with obesity – here’s what you need to know
Next Post: Centre for Study Abroad Officer