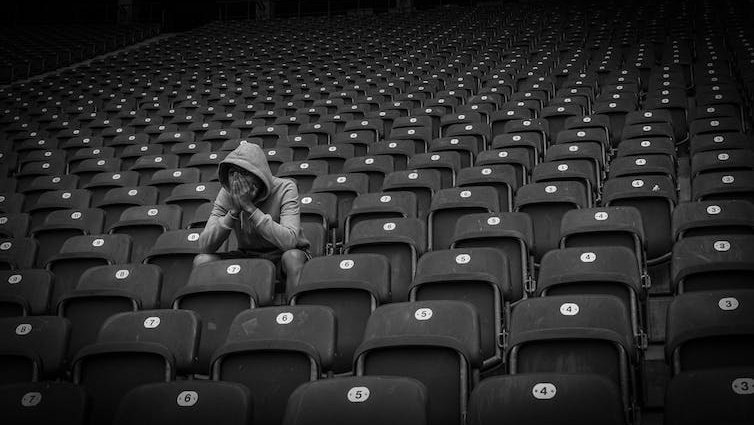 Many industries are understandably cautious at the moment, as they steel themselves for more tricky economic times ahead. But it seems that nobody told the English Premier League – which has just broken its own record for spending money on football players – to the tune of £1.9 billion.

Of the top 20 most expensive European club signings this summer, 15 were in the Premier League (four were in Spain’s La Liga, and one in Germany’s Bundesliga). Overall, the Premier League spent more than the top divisions in France, Spain and Italy combined.

This level of spending is not new. In the 2017-2018 season, the Premier League spent £1.86 billion, equivalent to more than £2 billion today. But what might be different this time is the potential impact on increasing the level of competition throughout the league.

For the (financial) value of playing talent is now more evenly distributed across Premier League clubs, which in theory could lead to more competitive balance. Figures suggest a large net transfer of spending by clubs outside of the “big six” (Manchester City, Manchester United, Chelsea, Arsenal, Tottenham Hotspur and Liverpool).

In particular, West Ham, Newcastle and newly promoted Nottingham Forest have been some of the bigger spenders, to the extent that the estimated market value of Premier League clubs is now more evenly distributed than in any of the last ten seasons.

That’s all very well for the 20 clubs in the top tier of English football, but the gulf between the Premier League and the second tier, the Championship, is now larger than ever. The gap in transfer spending is now £1.3bn, three times what it was ten seasons ago.

That gap gets even greater when you move into the third and fourth tiers (League One and League Two), which respectively have estimated market values of just 2.4% and 0.9% of the Premier League. This creates significant financial barriers to entry to the top tier, which should be a real concern for both clubs and football fans.

For English football has a systemic problem when it comes to financial sustainability. A large number of clubs spend many times more than what they earn and frequently require cash injections from their owners. And while there are various financial rules in place for football clubs, every team is well aware of the direct correlation that exists between spending on players and the chance of winning matches.

So victory is expensive. But overspending can be ruinous, as fans of clubs which have gone into administration, like Wigan and Derby County, will attest. Our research showed that even big clubs’ resilience to economic shocks has been historically poor, so football is far from immune to current global difficulties.

Last year, the fan-led review of football governance was published, followed by a government response which aimed to bring greater financial stability to all English clubs, provide the lower leagues with more financial support, and encourage the development of English footballers. One of the key recommendations was the introduction of an independent regulator with monitoring powers over football’s poor finances.

However, it has been reported that the new UK prime minister, Liz Truss, may not be inclined to implement these recommendations. If she doesn’t, more clubs may well be at risk from an imbalance that brings grave risks for the smaller and poorer clubs.

But the big spending in the Premier League has benefits that we should not ignore. The league itself funds grassroots football and charities, and has recently increased spending on women’s football development. Meanwhile, the clubs each have a charitable foundation or trust, which contribute towards youth education schemes and other positive social causes. The money earned by well run clubs can be put to good use.

Transfer spending is a cost, yes, but it also brings significant financial benefits to the club which sells a player, and those benefits can be far reaching. Whether these levels of spending are sustainable and fair in the long term is another matter – and that must surely be the goal.

Christina Philippou is affiliated with Fair Game, the RAF FA, and leads a module on the Premier League's Elite Academy Manager program.

Adam Cox does not work for, consult, own shares in or receive funding from any company or organisation that would benefit from this article, and has disclosed no relevant affiliations beyond their academic appointment.