UK energy crisis: why rationing is likely to happen this winter, whether Liz Truss likes it or not 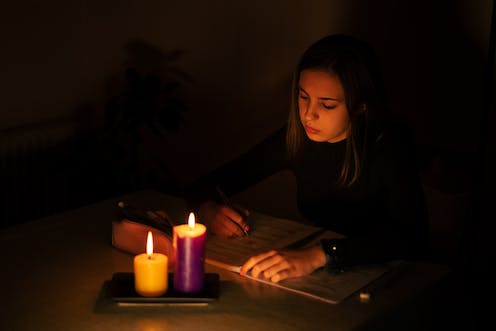 In the 1970s, the UK government used a series of planned blackouts to manage energy shortages. The result was a three-day week for commercial use of electricity, with work and leisure often happening by torch or candlelight. Without widespread demand reduction to tackle the impact of high gas prices, European countries could be forced to take similar action this winter.

Spikes in wholesale gas prices this year are largely due to severe supply restrictions. Most recently, Russia shut down delivery of gas to Europe through the Nord Stream pipeline, perhaps indefinitely, but this follows months of reduced flows. The news has caused the most recent of many price increases this year as European countries continue to scramble to secure enough energy for this winter.

And price volatility is likely to continue until Europe is able to secure a more stable long-term supply of energy. The European Commission has proposed how to manage scarcity using subsidies for gas and electricity use by businesses and households, as well as government intervention to ration energy usage. EU countries will decide on the Commission proposals in the coming weeks.

The new Conservative Party leader and UK prime minister, Liz Truss, has ruled out rationing UK power. But whether it’s due to high prices, compensation for reduced consumption, or last minute blackouts, British consumers should expect some form of energy rationing this winter.

The EU and UK imported more than 30% of their gas from Russia in 2021, with the amount varying by country from around 4% in the UK to more than 50% in Germany. But regardless of individual imports, Europe’s interconnected gas supplies, reliance on global gas markets and limited capacity to import and store means gas supply and demand changes affect every European country’s ability to secure enough energy.

We saw this recently when Germany announced it had filled its storage faster than expected and UK gas prices fell by a whopping 29%. Similarly, when Germany was on a buying spree to fill its storage, prices soared for everyone. As the UK has very limited storage capacity, it is particularly subject to such ups and downs.

Without further government intervention, supply shortages will force prices upwards until demand starts to decrease. EU countries estimate that demand would have to go down by 15% of current natural gas consumption levels to balance out supply shortages. This figure is an estimate, of course, and depends on the temperatures this winter and uncertainties around French nuclear production.

Facing up to the risk of widespread energy poverty, all European countries have implemented some form of support for consumers. While direct payments to consumers are included in most packages, almost every government has also implemented a price subsidy.

These support schemes are not a long-term fix because they tax the solution (cheap renewable energy) to finance the problem (dependence on fossil fuels). But they can help relieve the immediate pressure on consumers. For instance, Spain and Portugal have managed to cut consumer bills by 15% by subsidising gas power stations. But their subsidies have also led to a need for much higher LNG imports, something Europe as a whole does not have the capacity to do. As such, subsidies alone will not work for the EU.

Instead, the European Commission has issued a set of proposals that includes a tax on the revenue of renewable, nuclear and coal-generated electricity. The proceeds of this would be used, not only to reduce consumers’ bills directly, but also to incentivise demand reduction of both gas and electricity for different scenarios of energy scarcity. It relies heavily on techniques developed in a field of economics called mechanism design.

So how does this strategy work? Industrial firms are invited to submit a bid with two elements: the amount by which they would be prepared to cut their energy use and the lowest payment they would accept for this reduction. Governments then look at the current supply and demand picture to set an overall demand reduction goal, if needed.

If one business asks for £400 to reduce its electricity use by 1 megawatt-hour (MWh), for example, but the government needs to reduce demand by 5 MWh, it would select a few more businesses to also reduce their energy use. So, let’s say the next smallest amount offered by four different businesses is £600 per MWh. By choosing all five companies to reduce their demand by 1 MWh, the government could reach its goal. All selected businesses would receive a payment of £600 per MWh of demand reduction. Businesses who asked for more than £600 per MWh would not receive any compensation and would be free to continue using as much energy as required for their normal activities.

On the other hand, some of the selected firms may stop production altogether during the winter to meet the promised reduction, while others may change their consumption patterns and continue to operate by using less energy. All would receive the amount they requested or more, at the smallest possible cost for taxpayers.

The EC proposal also suggests using financial incentives to encourage small businesses and even households to reduce consumption. This idea has already been put forward by National Grid for the UK. A household would get paid for postponing laundry until there is less demand for power, such as during the night, for example. This would mean that, instead of forcing the generation of a very expensive unit of gas-produced electricity at a peak time for energy use, your appliance would use cheaper renewable power at a time of less demand. This would decrease the cost of electricity for everyone.

While Truss has ruled out the use of rationing to address the current energy crisis, there are few alternatives that are not radical or interventionist, or both. For example, the government could tell some businesses to close or make it illegal to heat some buildings above a given temperature. Another option is to organise restrictions at the country level, as the UK was forced to do in the 1970s.

Delaying a transparent public discussion on important contingency plans is not a viable alternative, however. It will only make the problem of managing demand for subsidised energy more complicated to solve in the coming winter months.

2022-09-05
Previous Post: Research Associate in VR/AR Technology (fixed-term post) at University of Bath
Next Post: Liz Truss to become British prime minister: a laser-like focus on delivery is needed after the chaos of the Boris Johnson years