Energy crisis: why the UK will be at the mercy of international gas prices for years to come 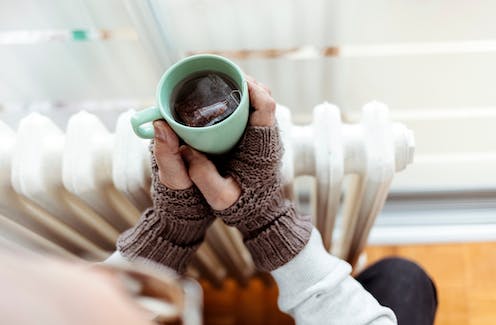 The UK is trying to ensure households and businesses have enough energy this winter by turning to international markets buoyed by booming US liquefied natural gas (LNG) supply, and reinstating retired storage capabilities. But the impact of Russia’s recent decision to switch off its Nord Stream 1 pipeline has proven that European countries are still very much at the mercy of changes in global gas market supply and demand.

Such events are likely to continue to cause gas price volatility until more supply is available, which could take at least three years. Indeed, a recent dip in European gas prices is likely to be temporary.

Avoiding a significant gas supply emergency this winter will require the continued flow of some Russian gas to Europe, lower-than-average Asian demand for LNG, and mild weather. But prices will also depend on how European neighbours respond to any emergency.

In 2021, natural gas accounted for 42% of the UK’s primary energy consumption and generated 40% of its electricity. It also heats over 80% of households, and is an important raw material and source of heat for industry.

Even though cheaper renewable sources provide 60% of the country’s energy, the UK market is structured so that electricity prices are currently set by the most expensive unit produced, which is gas.

The government can do little to address the cost of gas. The UK gets around half of its annual gas supply from its own North Sea reserves, but relies on global markets for the rest. As such, gas consumers in the UK are exposed to global market forces of supply and demand.

The global rise of LNG

International trade in gas currently relies on two forms of transportation: natural gas pipelines and ships carrying LNG. In the past, trade was regional and dominated by pipelines, but the LNG sector has grown by 57% over the last decade, creating a globally connected market.

Last year LNG accounted for 51% of internationally traded gas, up from 41% a decade ago. Today, 19 countries export and 44 import LNG.

Production of LNG is expensive and complex. It involves a multi-billion dollar supply chain of liquefaction plants (where the gas is cooled to liquefy it and make it easier to transport), as well as specialist ships and regasification terminals to offload and store the LNG before it is converted into gas for power generation or injection into a domestic pipeline system.

Some of these global buyers and sellers strike long-term contracts that can span decades and include a destination clause requiring cargoes be delivered to a specific market.

But the growing demand for LNG has seen a rise in shorter-term (4 years or less), more flexible contracts that allow cargoes to change route to supply the markets in which prices are higher. “Spot markets” for LNG are even shorter term, with cargoes delivered within three months of the transaction date.

While Asian buyers like Japan tend to purchase LNG with long-term contracts, Europe sources most of its LNG via short-term contracts and the spot market. This allows it to benefit from lower prices when the global LNG market is well supplied, but exposes it to higher prices when supply is tight, like it is now.

But relatively little of this LNG will be available in the next couple of years, including projects in Russia that are now unlikely to complete due to sanctions. Recent US experience suggests it takes three to five years to build an LNG plant.

The supply and demand balance will change dramatically by 2028, therefore, when global LNG export capacity is likely to be 50% higher.

Of course pipelines can also transport natural gas, but since its invasion of Ukraine in late February 2022, Russian gas supplies to Europe have become increasingly volatile. After refusing to supply companies that didn’t pay in Roubles, for example, Russia then used various technicalities to restrict supply from the Nord Stream 2 pipeline to Germany, as well as Nord Stream 1 more recently.

The International Energy Agency expects Russia to meet 25% of EU gas demand in 2022, down from over 40% in 2021. There are fears that Russia will stop supplies all together.

To combat this, Europe is aiming to reduce its reliance on gas, and Russian gas in particular. It has turned to LNG imports to fill storage for the coming winter. But, with limited LNG available, prices have skyrocketed.

Increased European demand complicates matters for the UK. While Russia only accounts for about 4% of UK gas imports, declining production from the North Sea means the country now import about half of the gas it consumes. Most imports come from Norway, but LNG also plays a critical role.

And while the UK has sufficient terminal and pipeline capacity to import the gas it needs, it lacks significant storage. There are plans to reinstate Britain’s Rough storage facility, which had been retired in 2017, but this will take time. Meanwhile, the UK must rely on shorter-term flexible contracts and the spot market, exposing consumers to greater price volatility.

How long will the crisis last?

The factors currently driving gas prices up will remain in place for several years and so the energy crisis is likely to last for at least this winter and next. This is also reflected in the futures market, where traders can lock in natural gas at a set price for delivery at some point in the future.

Reduced demand will help – whether via policy or economic recession – but the global LNG market will remain tight, and UK consumers will have to pay a high price for the gas they need.

Beyond 2025, a substantial increase in global LNG supply will help matters, energy efficiency will improve, and alternative sources of power generation may start to come online. But unfortunately, for the moment, there is no relief in sight for those impacted by the energy crisis.

Michael Bradshaw receives funding from UKRI to support his participation in the UK Energy Research Centre (UKERC) and the NERC-ESRC research programme on Unconventional Hydrocarbons. He consults with international energy companies and NGOs and is a Visiting Research Fellow at the Oxford Institute for Energy Studies.

2022-08-31
Previous Post: Postdoctoral Research Fellow at University of Exeter
Next Post: Is the Psychedelic Therapy Bubble About to Burst?