Uber files: how World Bank-sponsored research on gender painted the company in a positive light 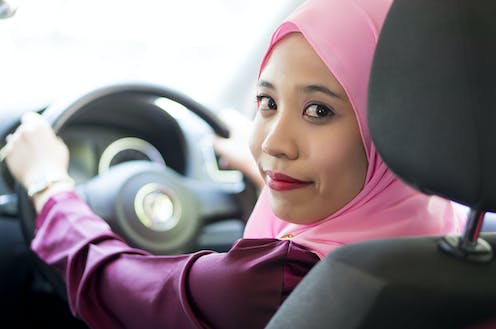 The recent leak of 124,000 confidential Uber documents has shed light on some of the ethically questionable activities that have arguably helped fuel the ride-hailing company’s global rise. Among allegations of law breaking and the secret lobbying of government figures, the “Uber files” show that the company paid academics to produce research on the company – often co-authored with Uber’s own employees. While of course not illegal, this raises questions about the role of academics and research in corporate lobbying.

The files and messages, leaked to The Guardian, appear to show that Uber used this research to push a positive narrative about the company and to argue against regulation. One study published in 2016, co-authored with an Uber employee, suggested that Uber provided a way for poor youth in France to escape unemployment. It found that this group would become “highly vulnerable” if action was taken against drivers who violated licensing rules.

The rigour, independence and use of research like this has been questioned by transport experts like Hubert Horan, and by some academics. Another paper published in 2016, again co-authored by an Uber employee, extolled the flexibility and earnings benefits of Uber to drivers in the US. A 2018 analysis of this study found evidence of “sample bias, leading questions, selective reporting of findings, and an overestimation of driver earnings”.

One aspect that has been overlooked in coverage of the Uber files is the role of research about gender equality. This includes work that Uber did with the International Finance Corporation (IFC), part of the World Bank Group, the world’s largest and most influential development institution.

I have researched the World Bank’s gender initiatives for over 20 years. In 2009, I published an early analysis of how the IFC framed labour market deregulation as beneficial to women’s equality. Since then, I have become increasingly concerned at how the IFC has partnered with companies in particular sectors to produce research on gender equality, including research arguing that deregulating labour markets benefits women.

Researchers disagree over whether labour market deregulation increases gender equality. An independent study of labour market flexibility and women’s employment, prepared for the World Bank’s gender unit by economist Jill Rubery, found that evidence that deregulation benefited women was “relatively thin”, “neither substantial nor always robust”. Rubery urged an approach that examined the effects of specific regulations (such as employment protection, minimum wages, unionisation and collective bargaining) on women workers. Other research has also been produced on this topic, some of which is sponsored by companies who will benefit from deregulation.

Uber is one example. In 2018, the IFC partnered with Uber on the research report Driving toward Equality: Women, Ride-Hailing, and the Sharing Economy. IFC reports have also touted the mining and insurance sectors as pioneers for women’s empowerment, especially in the global south. Such research blurs the line between company lobbying and independent research about legal and policy frameworks to achieve equality.

This matters because the World Bank Group is highly influential in international development. In the Bank’s 2021 review of its gender strategy, development partners “identified the Bank Group as producing and contributing to important research in support of gender equality, which they used to inform their own positions”. Development experts from the Swedish International Development Cooperation Agency and Global Affairs Canada, interviewed for the 2021 review, mentioned “valuable IFC products and initiatives” including the Driving toward Equality report. Findings from Uber-supported research will have registered with key development actors in this sector.

The IFC’s report with Uber, illustrated with glossy photographs of women drivers and riders, described ride-hailing as “a pioneer of the modern sharing economy” that could improve women’s limited mobility. Female drivers could juggle childcare responsibilities while earning income and becoming financially independent. Female passengers could meet complex transport needs with children.

The report used driver and passenger data from Uber to examine how women and men use the company’s services. It also included original research (surveys and interviews) in six case study countries. This research was undertaken by the IFC and Accenture, a consulting and information technology services company.

In a statement to The Conversation, the IFC noted Uber’s willingness to disclose gender-specific data: “Partnerships with platforms like Uber offer a unique opportunity to uncover data that would otherwise not be publicly available, data that are critical if the barriers between women and men are to be closed.”

The acknowledgements in the report note financial contributions from Uber and funding from the IFC. Barney Harford, Uber’s then chief operating officer, wrote the foreword, expressing pride that the company had recently passed a key milestone of a million women drivers: “Driving with Uber gives women flexibility, allowing them to balance their work with other responsibilities and commitments they have.”

The report contained the disclaimer that it “does not examine public policy or regulatory frameworks that hinder or advance sharing economy models”. The IFC told The Conversation that this was important to include because of “ongoing litigation at that time related to the definition of employees, entrepreneurs, and independent contractors”.

Still, it warned that barriers for drivers to enter the sector were a challenge to be overcome, if women’s opportunities for empowerment were to be realised. The barriers listed included requiring commercial licenses to drive on the platform. This requirement – common in many countries, including the UK – presented a direct challenge to Uber’s expansion plans.

The report also recommended that ride-hailing companies “partner with financial institutions to develop insurance, pension, and retirement products tailored for independent contractors”. Uber has long resisted legal pressure to classify drivers as employees. In most countries, employees are entitled to better benefits, such as maternity and sick leave, than independent contractors. The IFC’s report used Uber’s preferred framework – of drivers as contractors, not employees – despite claiming not to take a position on such regulatory issues.

In further evidence that the IFC replicated corporate narratives about Uber’s benefits, the report cites several of the academic papers that the Uber files identified as linked to company lobbying. This includes one – co-authored by two Uber employees – which argues that Uber creates billions in consumer welfare benefits. A counterargument by transport economist Horan examines Uber’s losses and the unsustainable use of investor money to subsidise rides.

The IFC told The Conversation that the findings from that paper (about the benefits of improved mobility and job access for women) were corroborated in a separate study it conducted with a ride-hailing platform in Sri Lanka. The IFC said it is not accurate to say that the report with Uber was aimed at supporting an organisation’s corporate narrative.

In addition to providing arguments against regulation, these company-sponsored findings are also material that Uber can use to counter its own negative reputation on gender equality.

Uber became notorious for its alleged sexist workplace culture after a former employee alleged sexual harassment at the company in a 2017 blog post. An ongoing lawsuit also claims that Uber has failed to adequately address passengers’ reports of harassment and assault, including rape, kidnapping and stalking.

In an effort to distance itself from such allegations, Uber overhauled its company culture and began publishing reports on safety in 2019. It also partnered with the US-based anti-sexual violence organisation RAINN to produce courses on “the best ways to respect others while riding and driving with Uber”.

Partnering with the IFC and the World Bank gives legitimacy, however questionable, to Uber’s own narrative about its gender equality credentials and business model. This partnership should alert us to take corporate sponsorship of gender and development research far more seriously, and crucially, to question the World Bank’s work with companies, especially when reports recommend deregulation that will benefit those companies.

Kate Bedford is Professor of Law and Political Economy at the University of Birmingham. She has received funding for academic research from bodies including the Ford Foundation, UNRISD, and the ESRC. She has never received funding from Uber.

2022-08-30
Previous Post: Swarms of Satellites Are Tracking Illegal Fishing and Logging
Next Post: Princess Diana: why her death 25 years ago has sparked so many conspiracy theories