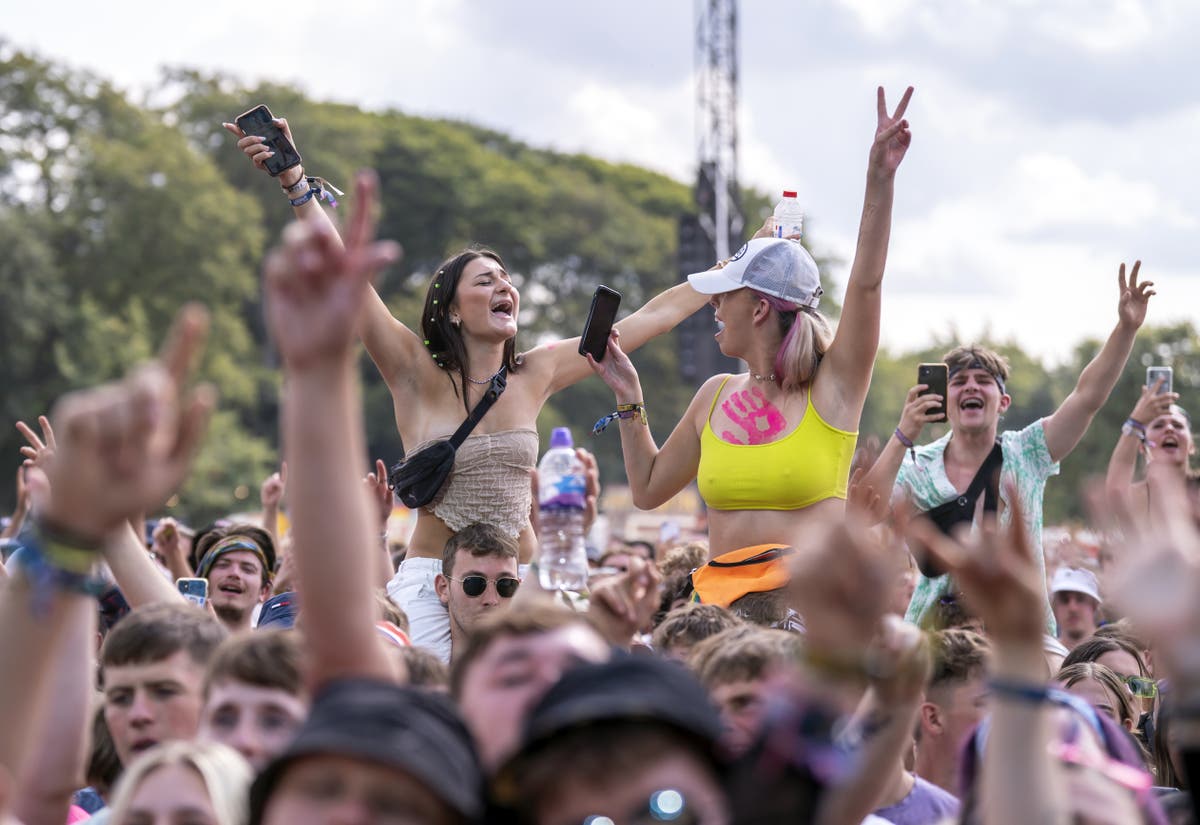 nter Shikari frontman Rou Reynolds has said playing at Reading and Leeds festivals still gives him “butterflies” after more than a decade of visits.

The band delivered a high-energy set at Reading on Saturday before heading to its sister festival for a second performance scheduled for Sunday.

Speaking to the PA news agency, Reynolds said being on stage at the events “never stops being surreal”.

He added: “It is the one that still gives me jitters. The butterflies will be going even after all these years. Just pumped full of adrenaline.

“The show felt really solid and the crowd was amazing until the power outage, but apart from that it was sick.”

Reynolds also remembered visiting Reading festival as a teenager alongside the band, who formed in St Albans, Hertfordshire, in 1999.

“Early on in our lives we were so used to being in the audience looking at that stage, so even now being on the stage still feels very woah – it still gets you,” he said.

Guitarist Rory Clewlow added: “It’s like our home-town festival so we always have a good time.”

Reading and Leeds have joined with campaign group Music Declares Emergency to create an area of the festival to encourage attendees to join its fight against climate change.

Reynolds said Enter Shikari use biofuels to run their transport while on tour and also use their riders to encourage vegetarianism and reduce single-use plastic at their shows.

He said: “I think it is important to everyone. It is something so basic, like rivers and coastlines, ecosystems. It is stuff that we have all enjoyed and enjoy in our lives.”

Recalling swimming in the River Ver in Hertfordshire and in Scotland, he added: “Things are changing quite quickly.

“The generation above us, it was very normal for rivers to be clean and we are just slowly accepting that it seems to be fine for rivers and coastlines to be polluted, for ecosystems to be destroyed.

“It is just capitalism, just anther level of insanity from capitalism.”

On Saturday, Melvin Benn, managing director of organisers Festival Republic, told the PA news agency that Sunday night’s schedule at Leeds was “probably the biggest night of music in Yorkshire’s history”, in reference to co-headliners Bring Me The Horizon and Arctic Monkeys, both originally from the county.