The BBC’s new series Marriage: Why are we all so fascinated by marriage dramas? 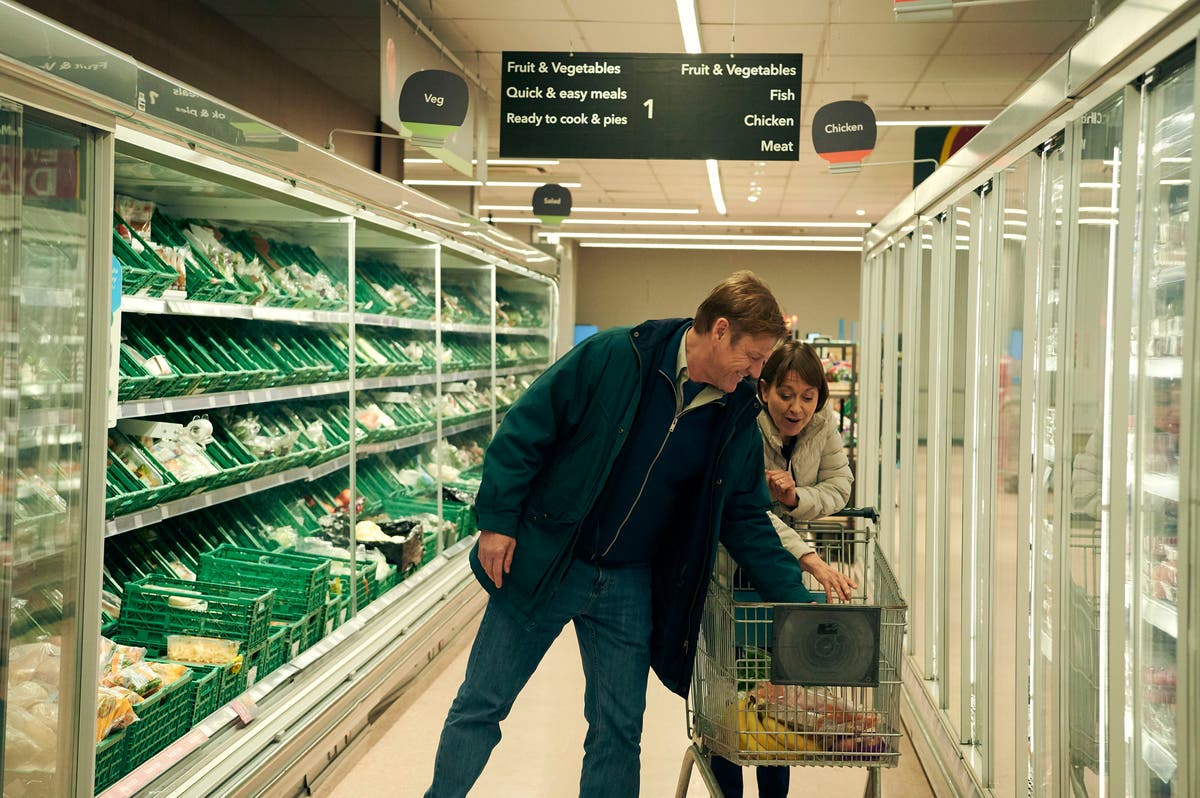 t’s possibly antithetical to watch and enjoy marriage dramas. If the show’s about a happy marriage, it can ferment unrealistic ideas. If the marriage is unhappy, it’s discouraging. If it’s steamy, it could set expectations too high and if it’s wholly mundane, it’s likely to terrify us to death.

So, then, a complex drama is the answer. But even this can be detrimental. After all, every relationship is as unique as each individual in one, and so any kind of comparison (we can’t help it) to the way other people couple up – even if it’s all fiction – is going to be at least a bit confusing. Are you having enough sex? Enough romance? Is your relationship boring or are you?

And yet, we’re completely obsessed. We like talking about marriage, watching and reading stuff about marriages and still spend millions every year getting married. Even though rates have been dropping, it’s still the case that around the world 65 per cent of women between 15-49 are married, while in England and Wales 50.4 per cent of the population over 16 years old are married and 60 per cent are living in a couple.

And so maybe the answer to why we are fascinated by marriage dramas is self-evident. Marriage, or finding a partner, remains one of the biggest escapades people embark on and so of course it makes sense that we love digging into the throes of people’s relationships. Probably best we stick with completely fabricated stories, in that case.

The BBC’s new four-part drama Marriage, starring Sean Bean and Nicola Walker as a couple who’ve been married for 27 years, has been dividing audiences for being uneventful and quiet. For some, this is the kind of marriage story they want to see on screen – it’s more true and a fresh change from the unrealistic hoo-hah that goes on between the couples in lots of TV shows.

“This is all about the light and shade, the big and the small moments, what makes a marriage work and the cracks that can appear in it,” said The Guardian. “There is a pitch-perfect realism to the way these characters talk without really saying anything, then put across what they really mean while saying nothing at all.”

“Marriage is a meticulously understated study of the struggles and small moments of cheer in the life of a middle-aged couple,” said The Standard.

Others were less impressed: “Anyone in a long-term relationship will recognise the claustrophobia, inertia and quotidian poignancy of marriage/Marriage,” said The Independent. “But why would we want to watch that on television? It’s bad enough living through it.”

“For the first three hours of Marriage (BBC One/iPlayer) I just wanted every other scene to end. The excruciating banalities, the awkward misfires – they were just so confrontingly true to life,” said The Telegraph.

Here are some of our favourite marriages that have been explored on screen.

Perhaps one of the most bonkers marriages of all time, this 1966 film starring Elizabeth Taylor as Martha, the daughter of the university president and Richard Burton as George, an associate professor of history, is hilarious and brutal in equal measure.

The drunk duo verbally abuse each other as younger couple Nick and Honey, who were invited round for drinks, look uncomfortably on. It’s a dissection of a marriage that hadn’t been seen on screen before and hasn’t been conducted in the same way since. An adaption of Edward Albee‘s 1962 play of the same name, the film was nominated for 13 Oscars.

This 2019 drama film from Noah Baumbach had Scarlett Johansson and Adam Driver playing a couple going through a coast-to-coast divorce. While the break-up becomes increasingly vicious there are real moments of levity too – just like real life.

If all marriages are a mystery to those looking in, Marriage Story provides the audiences with a rare glimpse of the undoing of a relationship – told from the perspective of the couple, too. The film received rave reviews and earned six Oscar nominations.

This gorgeous rom-com has John Lithgow and Alfred Molina as a couple who get married after 39 years together. George teaches at a Catholic music school and gets fired from his position once the news is found out. Without his salary, the couple can no longer afford to live in their New York City home and so have to move out and live with friends – separately. Love Is Strange is about commitment, romance and the relationships that make up our lives.

The film was a huge hit, premiered at the Sundance Film Festival and was nominated for four Independent Spirit Awards and two Satellite Awards.

This HBO drama was a remake of the 1973 Swedish miniseries by Ingmar Bergman. Oscar Isaac plays Jonathan Levy while Jessica Chastain plays Mira Phillips, a couple who have been together for about a decade.

A PhD student interviews them about their relationship investigating the theory that “the man is the primary caregiver and the woman is the provider, the marriage lasts longer.” Mira has a job in tech meaning she’s out a lot more, Jonathan’s a professor who spends more time at home. She questions their relationship. It’s a twist on Bergman’s original exploration, doing a great job of still being able to provoke modern audiences.

And of course, Isaac and Chastain have enough chemistry to carry audiences through all five episodes – we all saw their 2021 Venice Film Festival red carpet moment.

Arguably one of the most important and profound explorations of marriages ever to grace our screens, Mr. & Mrs. Smith stars Angelina Jolie and Brad Pitt as husband and wife. They’ve been together for about half a decade, are attending marriage counselling and they can’t remember the last time they had sex.

They also happen to be field operatives working for different contract-killing films and have now been assigned to bump each other off. It’s a lot of fun. It was the film that brought Jolie and Pitt together, when he was still married to Jennifer Aniston, so the film also paved the way for one of pop culture’s most famous divorces.

This fabulous screwball from director George Cukor has Katharine Hepburn playing Tracy Samantha Lord, a daughter of a wealthy Philadelphia family. She was married to Cary Grant’s character C.K. Dexter Haven, but they get divorced as despite being from the same social set, he didn’t meet her standards.

Now she’s going to marry John Howard‘s character, the dull George Kittredge. There’s James Stewart playing reporter Macaulay “Mike” Connor, who is sneaking around during the preparations for the big day. Dexter shows up and the chaos begins.

There are few more enjoyable jaunts into the custom of marriage than this comedy. As always with Hepburn, Grant and Stewart the dialogue is fizzing and the humour crackling. A magnifying glass is held up to the different relationships, but it is done with a deft hand – nothing is too laboured.

Starring Javier Bardem and his real-life wife Penélope Cruz as two divorced artists, Vicky Christina Barcelona is a rather more fun exploration of divorce than Marriage Story. Firstly, it’s set in Barcelona, and lots of the scenes are of the characters drinking wine, eating well, smoking cigarettes, creating art, making love and basically just having a great time.

The story is about the relationships that develop between Bardem’s character and two American friends Vicky (Rebecca Hall) and Cristina (Scarlett Johansson) who are visiting the city. The film was nominated for four Golden Globe Awards and sees a glimmer of Allen’s Seventies magic return.

Anything written by Aaron Sorkin is worth a watch, but this film starring Nicole Kidman and Javier Bardem is particularly fascinating. It looks at the relationship between Lucille Ball and Desi Arnaz – the stars of the American television sitcom I Love Lucy.

The film earned three Oscar nominations, but received mixed reviews. The Guardian described the characters as “avatars for the loquacious Sorkin himself” (nothing new there) but as a portrait of a marriage between a powerful, talented creative woman and her proud but insecure husband, unable to quite come to terms with his secondary role in the arrangement, was rich and poignant.

Marriage is available on BBC iPlayer

2022-08-15
Previous Post: How to tackle the UK cost of living crisis — four economists have their say
Next Post: COVID: masks and free tests may not curb omicron spread – here’s what we should focus on instead