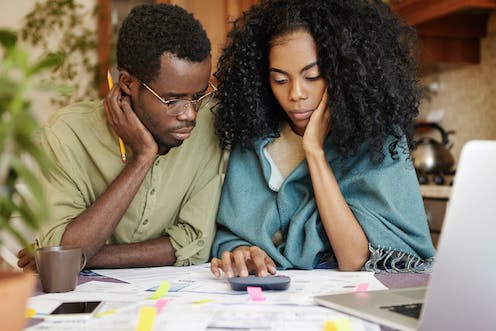 UK households have faced unprecedented blows to their living standards in 2022. Home energy costs have more than doubled and are threatening to triple, the price of petrol has risen by more than half since the start of last year and overall price inflation is heading for double digits.

We have seen plenty of comparisons to the 1970s recently, but two things could make today’s situation even worse. Inflation has not built gradually, but will have gone from zero to double digits in less than 18 months. This sudden acceleration has left people’s incomes far behind. Secondly, the course of this crisis has been highly unpredictable, with forecasts constantly being revised upwards. This creates the risk that any response will be out of date by the time it is implemented.

This crisis is unlikely to be resolved soon, particularly as global energy costs continue to have large and highly unpredictable impacts on people’s finances. To address it properly, the government needs to develop a clear policy about how to respond to a constantly changing situation.

I experienced this volatility as an analyst when I responded to a request from former prime minister and chancellor Gordon Brown to assess the effectiveness of the government support package announced in May. It is still in the process of implementation but it gives a seemingly generous £1,200 a year to the worst off families.

As my resulting report shows, even at the time it was announced, the package fell short of compensating people on low incomes. These households have experienced the combined blows of last October’s £1,000-a-year cut in universal credit, April’s uprating of benefits by only 3% when inflation was 9%, and the £800 increase in fuel bills that was forecast last May for this October. Under these circumstances, a family with two children would be around £1,600 worse off overall, an significant deficit for those already struggling to make ends meet.

While I was working on the report, forecasts affecting the figures were changing at an alarming pace. Food inflation has taken off and domestic energy bills are now forecast to rise by £1,200 a year , up from the £800 forecast last May. Prices also appear to be rising more quickly for the worst off, but by how much is hard to measure since so much depends on individuals’ spending patterns.

My report had to include caveats for all of these moving parts. But these uncertainties do not just frustrate the neatness of an academic’s sums – more importantly, they affect policymakers’ ability to make fine judgements about how to respond.

The government’s response so far has involved a series of lump sum payments. This will certainly mitigate the problem but it won’t avert disaster this winter. It’s also an inefficient way to distribute this money: sending 8 million households cheques for a flat rate of £650 is administratively simple, but it gives the same amount to a family of four as to a single person.

Indeed, in a recent opinion piece published in the UK’s Observer newspaper that draws on the research of myself and others, Brown warned that a substantial proportion of the UK population will still end up cold and hungry this winter.

Fortunately, a consensus seems to be growing that more action is needed. Even Conservative Party leadership hopeful Liz Truss has backpedalled on her “no more handouts” principle recently. We need to match the scale of need rather than simply introducing modest measures, such as removing the 5% VAT on energy bills.

This will only avert a tiny fraction of the problem given that bills that are set to rise by 40% to 60% in October alone. But while everyone can agree that serious help is needed, agreeing on how much is another matter.

While no single calculation can really answer this question definitively, the most important thing politicians can do now is to at least give greater clarity on the principles they will apply to future decisions about how much help to give. This is a crisis that will not go away soon and constant ad hoc responses will not help. We need a clear policy about how to respond to a constantly changing situation.

My research leads me to conclude that there are two key principles that policymakers should consider, one for the shorter and another for the longer term.

In the short term, the government must show us that the worst off will not become worse off still. For more than 60 years, the postwar welfare state automatically increased benefits at least by inflation. This ended with a four-year benefits freeze starting in 2015.

Inflation uprating has since been restored, but using the previous September’s inflation rate to raise incomes in April creates a disconnect that has proved disastrous this year. Universal credit has computer systems that could make increases much more responsive in real time and a midyear uprating, particularly this October, is certainly justified.

The second, longer-term principle should be an improvement to the level of safety net the UK provides. This will ensure people on benefits do not have to live so close to the edge that a crisis such as this one threatens to push them over into poverty. This will require sustained political will.

The national emergency caused by the present threat to living standards could help to create the political determination to permanently improve social protection in this way. If so, something positive could yet come out of the present cost of living crisis.

Donald Hirsch is a member of the Labour Party

2022-08-10
Previous Post: The Hacking of Starlink Terminals Has Begun
Next Post: Furlough had a protective effect on mental health – but it wasn’t as good as working